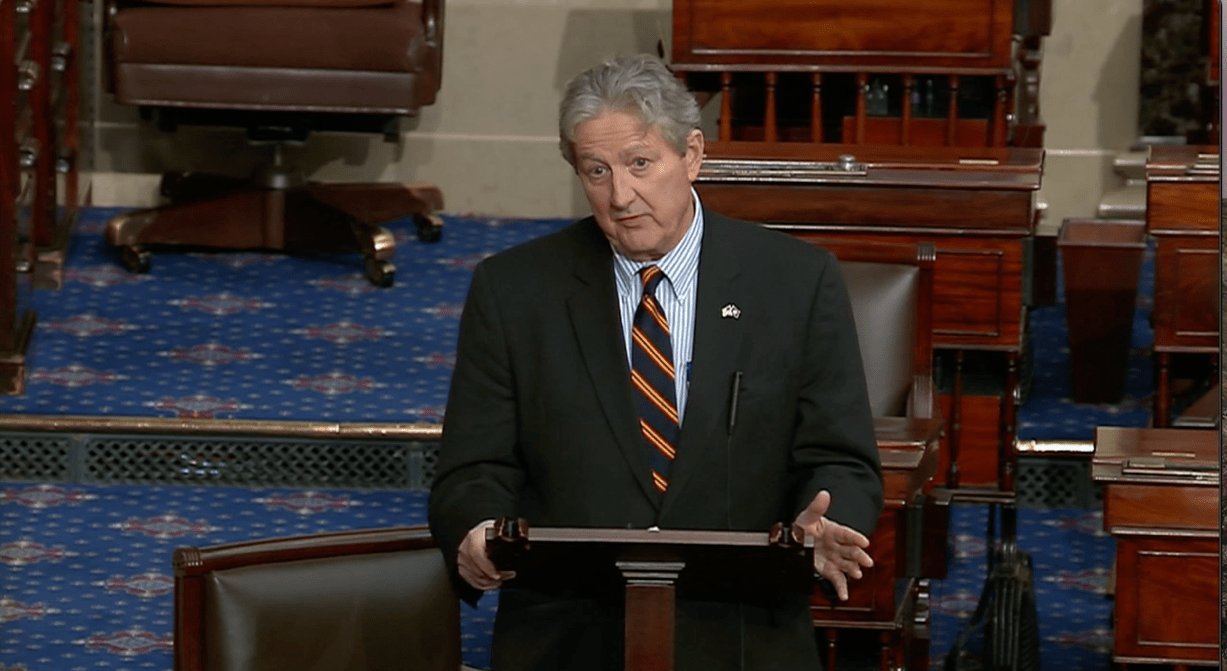 WASHINGTON – Sen. John Kennedy (R-La.) today spoke on the Senate floor about the Dobbs v. Jackson case, in which the Supreme Court will rule on whether pre-viability prohibitions on elective abortions are constitutional. The case gives the Supreme Court the opportunity to reaffirm states’ right to establish laws protecting the lives of unborn children and the wellbeing of their mothers.

Key excerpts from Kennedy’s speech include:

“In the Dobbs case, which the United States Supreme Court is about to hear, the United States Supreme Court has a really rare opportunity to say, as Justice Scalia wrote in one of his opinions, value judgments made on behalf of people should be voted on by those people and not dictated from Washington D.C. . . . That’s why we get to vote, and that’s why we have elected representatives—who oftentimes vote on our behalf—elected representatives who also can be unelected if we don’t like how they vote.”

“In Dobbs, the Supreme Court has the rare opportunity to de-federalize and de-constitutionalize abortion and return the issue to the states, where it was before Roe v. Wade.”

“The United States Supreme Court in Dobbs does not have the opportunity—and this is important—to say, ‘No right to an abortion in America.’ Let me say that again because some of the proponents of Roe v. Wade, I think, have shaded the truth on this. The issue before the Supreme Court and Dobbs is not the right to have an abortion. The issue for the Supreme Court in Dobbs is what’s the appropriate political forum to make these value judgments: Is it the government, or is it the people? And I hope, Mr. President, that the United States Supreme Court takes advantage of this rare opportunity before it.”

At the heart of the Dobbs case is the Mississippi Gestational Age Act, a state law prohibiting abortion after 15 weeks of gestation, except in cases of medical emergency.

Currently, the U.S. is one of seven nations, including human rights violators like North Korea and China, that allow elective abortions of children older than 20 weeks of gestation.

This summer, Kennedy joined more than 200 lawmakers in filing an amicus brief supporting Mississippi in the Dobbs case.