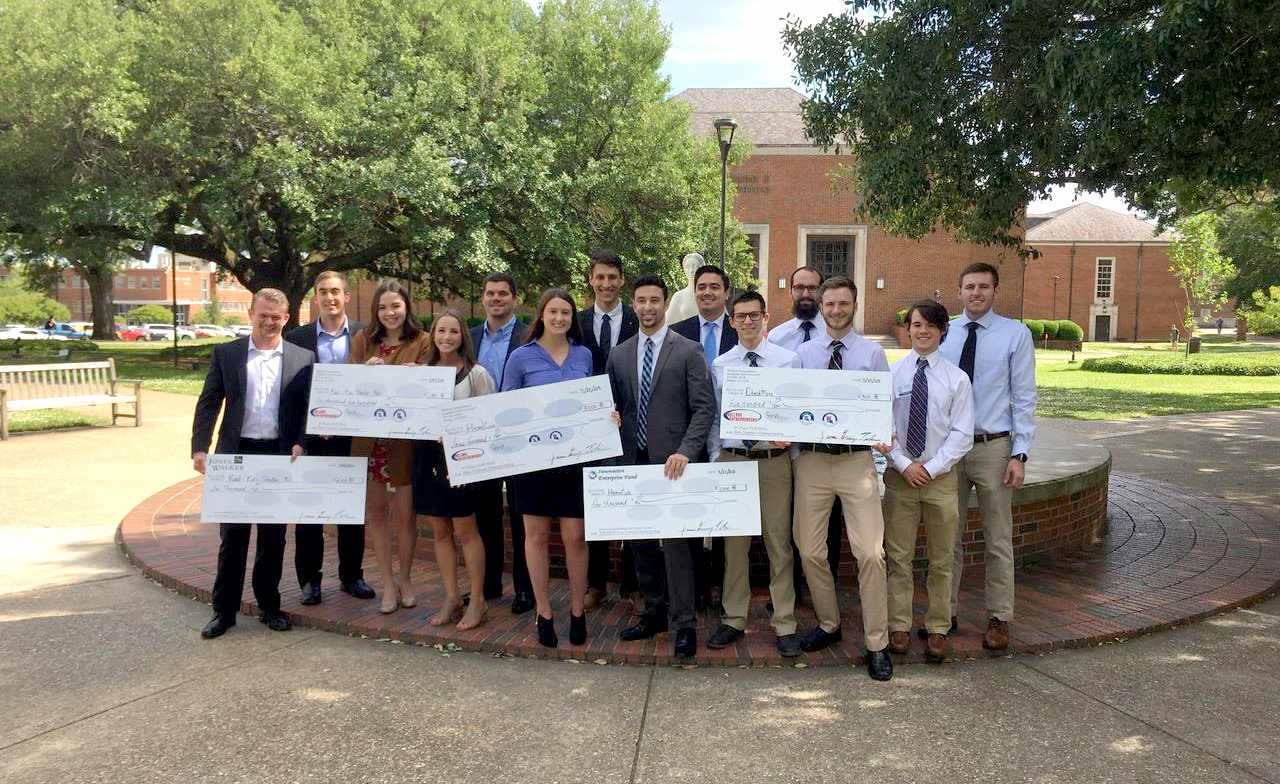 A total of $12,500 in cash and prizes was awarded during the TOP DOG New Venture Championship at Louisiana Tech University. Awards were given to the top three finishers as well as for entrepreneurial spirit.

This past October, teams developed ideas and competed in the TOP DOG Idea pitch. After the pitch, student teams had the option to continue with their ideas and build an investor deck to enter the preliminary round of the New Venture Championship. After the preliminary round, seven multi-disciplinary teams advanced to compete in the TOP DOG New Venture Championship.

Kool Kids was also awarded the $2,000 Jones Walker Entrepreneurial Spirit Award which recognizes the team with the most entrepreneurial spirit.

Jones Walker LLP has grown over the past several decades in size and scope to become one of the largest law firms in the United States. Jones Walker serves local, regional, national, and international business interests in a wide range of markets and industries. Today, they have approximately 355 attorneys in Alabama, Arizona, the District of Columbia, Florida, Georgia, Louisiana, Mississippi, New York, and Texas.

In addition to the cash awards, the Louisiana Tech Robert H. Rawle Enterprise Center sponsors six months of incubator space to the winning teams valued at $4,500.

Teams are scored on the quality of their new venture investment deck and presentation as well as the overall viability of their business concept. The TOP DOG was established in 2002 and is coordinated by Debbie Inman, Director of the Center for Entrepreneurship and Information Technology. Members of Bulldog Entrepreneurs, the student organization which empowers entrepreneurs and promotes innovation on the Tech campus, serve as facilitators for the event.