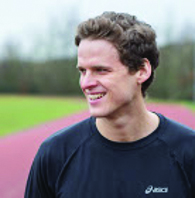 Let’s cut to the chase – there could be two simple reasons that could be holding you back from all that you can be. They may sound like givens, but they are not! These two points affect a person deeply and could be the very things that are preventing you from going bigger than you have ever thought. These two simple factors are:  Do not underestimate yourself, and treat yourself well! I always assumed that everyone did that naturally without having to be told or taught. It’s only after 25 years of competitive sports and coaching that I realized this is not true for the vast majority! Many people DO underestimate themselves, and unfortunately, many DO treat themselves badly!  People have no idea of what they are capable of.  As a coach, one of my most favorite parts of the job is helping athletes realize their potential and then maximizing it. Maximizing your potential in sport is not just about doing the physical training; it also requires the right mind-set and how to positively self-talk. Let’s delve into these two subjects in more detail by:

1) Focusing on not underestimating yourself

So, what does it mean to underestimate oneself? Plain and simple, it means setting your goals lower than what you can actually achieve. For example, some people think obtaining AWA status in Ironman (All World Athlete) is reserved only for those who are “naturally gifted” or qualifying for Kona will never happen! Perhaps they are convinced that cracking three hours in a marathon is impossible.  Allow me to keep going: “I don’t have the right body type, I don’t have the right genes, I’m not tough enough, I don’t have enough money,  I will never learn how to swim fast, my life is too busy to achieve that, I’m just average….I could literally go on forever. As the old saying goes excuses are like **s holes, everyone has one! We say these statements aloud, but what we don’t realize is that we internalize all these excuses, and then they prevent us from achieving what we are truly capable of. If you only knew what you really can do!

Let me better illustrate it by using myself as an example. Nowadays, after a race that goes my way, I may sometimes hear something along the lines of:  “It must be nice to be you,” or “I wish I could move like that.” If those people only knew that at the beginning, back when it all started, I was just a husky kid that didn’t stand out in P.E class at all. As a matter of fact, here are a few things that may surprise you along my journey of development. I could not do a pull-up until I was in 7th grade. I did not break one minute in the 100yard freestyle until I was 16 years old, and I did not break five minutes in the mile until college! Does this sound like the makings of a future internationally world ranked triathlete? I don’t think so! The difference with me along the journey was the belief that I could be a lot better than I currently was. I always studied the reasons why I could not do something, and then believed if I just improved in that area, I would be able to do it. Many people listen too much about what other people say they can and cannot do.  This is especially true when we are kids. Think back to when you were in 5th or 6th grade, and your classmates or even your teachers put you into a certain category. For example, we always labeled who was the fastest runner or who was the prettiest girl or even who was the “dumb kid” – you get my point. Kids and even some adults can be mean. Then, many people carry these labels into adulthood and allow these labels to handicap them even though they are totally not true! If someone was labeled as a fast kid in the sixth grade while another one was considered slow, it may have been due to the first child hitting puberty earlier and perhaps the “slow” child was just a late bloomer. That time of life is very awkward when a great deal of growth and development takes place. Many people may not realize that they have internalized these labels from childhood and permit them to dictate many of their decisions in adulthood.

When it comes to underestimating ourselves, it is also important to understand the environment we have come from and the one we are currently in because this will shed light on our current ability to perform. For example, I grew up in a small East Texas Town where I was part of a swim team. Naturally, me being me, I was not going to participate in a sport unless I thought I could go big in it. The problem was I had no idea what it took to be an elite swimmer. My parents did not come from a sporting background, and even though our swim team was great, we thought swimming four kilometers in one workout was a huge accomplishment. We had no idea that serious swim clubs already had twelve year-olds swimming eight to twelve kilometers per day!  I would go to Houston for a swim meet and get absolutely crushed by kids who were swimming twice as much as me.  It is easy to think, “Oh, well, I just don’t have enough talent…” and give up. Yes, talent is important, but there are other factors involved such as better preparation and maximizing abilities.   We need to honestly evaluate ourselves and ask the questions: “What am I currently doing that is holding me back?”

One problem that many people are dealing with is being overweight. This could be from a poor diet, a poor training system, lack of motivation, or whatever; it doesn’t matter as this is something that is fixable. When a person is overweight, it is holding him/her back. If that person can dig deep inside themselves and find the courage to address this particular issue, it will change his/her life!  I know it can be overwhelming to make changes; I understand that, but it is important to take the first step. In the beginning, a little goes a long way. Don’t feel you have to do it on your own.  Achieving a goal takes a team, so getting the right people around you is imperative; it is too hard to do it alone. It is important to find the right environment and fix what is in our power to fix.

Secondly, it is so critical to treat ourselves well. When I say treat yourself well, I am not necessarily talking about the physical “pampering of oneself,” I am referring more to that inner dialogue going on inside your mind before a new undertaking ( like beginning triathlon), or when things do not go your way after a race. Here in this article, we are of course focusing on sport, but you will discover that there are many parallels between sport and life in general.  To elaborate on this further, let’s take a quick view at my life a couple of months ago.

Back in mid-September, I was on a training ride in the beautiful mountainous countryside of central Europe. After riding for about twenty miles, I was rolling through a small village on a slight downhill, cruising approximately 30mph. I was on the main road and feeling good. It was my last big ride before packing my bike and traveling to Mexico for 70.3 Cozumel. Because of COVID 19, all of my races up to this point had gotten cancelled, and it looked like this one was going to finally happen. I was fit and excited to race.  Low and behold, a car pulled out in front of me and I smacked into the side of it. I was knocked out cold, broke my clavicle and six ribs, punctured my lung, got a concussion, and even sprained my ankle. The side door of the car was smashed in with an imprint of my body. The side window was totally shattered, my bike was literally in two pieces, and I was lying there bloody and unconscious. Two women passing by rushed over and gave me first aid until the paramedics arrived, but I did not regain consciousness until I was in the ambulance.  Initial X-Rays showed that I would need surgery on my clavicle, but after some prayer, (Yes, I am a Christian) from my girlfriend, miraculously the follow-up X-rays the next day showed that I no longer needed surgery.  It was a miracle, but that is a story for another time. I ended up spending fourdays in the hospital. Things were looking pretty grim, and in a year where the COVID pandamic was already making it hard to stay positive, I could have easily let many negative thoughts take over my mind. The negativity was certainly there for the taking if I had wanted it. Thoughts like:  “It’s no use – just give up, Buddy. The show is over now and all your hard work is gone. It will take you too long to recover from this. The dream is over! You’re a disappointment to your family and your sponsors.” I’m not going to lie – these thoughts did cross my mind. However, it is only by God’s grace that I also had positive thoughts ringing in my mind as well. Thoughts like: “Well, I can finally rest without feeling guilty, and I know I am in great shape. My fitness will come back quickly, so it will be so much sweeter if I get the chance to accomplish my goals.” I started to treat myself well with these nice thoughts. I let go of the negative thoughts and started to focus only on the positive ones that made me feel good. I decided to treat myself well and somehow actually enjoyed the whole situation. I made friends with my hospital roommates, soaked up the attention I got from loved ones, and just tried to live in the moment.  Treating ourselves well is a choice that we can all make. It has a huge effect on how we come back from a setback or disappointment. Treating ourselves well or treating ourselves badly can be the reason for reaching our potential or falling significantly short.  If I had chosen to succumb to the negativity and beat myself up, I would still be in both a dark and awful physical/mental state. Instead eight weeks later, I am already breaking personal best power records on the bike and training almost at full capacity. I feel very hopeful for breakthrough performances in 2021.  So, give yourselves a chance!  Dare to dream and set your goals higher, and be kinder to yourself.