Formerly known as G-Rock Climbing, the gym, now under new owners, Sarah and Casey Rose, is seeking to cater to the growing interest in the sport, which has until recently, been primarily been limited to geographic regions known more for outdoor climbing.

“The level of interest we’ve seen – and commitment from some of our members who are serious amateur competitors – shows that even despite living in a place without mountains or high altitude, there is a real passion for climbing in the Ark-La-Tex region,” said Sarah Rose, co-owner. “Our mission is to support this growing community – meet climbers wherever they are at in their interest and skill level – and inspire more adventurists, gym goers and student athletes to give climbing a try.”

To support this new mission, the Roses have undertaken a strategy that began with listening to the gym’s regular members – to better understand the needs of both novice and experienced climbers. Based on their feedback, the gym has started making updates and offering new programs for climbers. Members have already seen improvements to equipment, attention to safety, and the overall facility space. New programs include a regular climbing league, open to all levels of climbers 16 years or older, to give members an opportunity to connect and challenge themselves on a weekly basis.

With a growing interest in youth sports, the gym has also started a climbing team for our younger members. Student athletes ages 8-18 learn the fundamentals of climbing and grow their skill in the sport and are working towards competing in local and reginal competitions starting in 2022.

The company offers fresh to order pizzas, wings, grilled cheese sandwiches, quesadillas, soups and more inside the food court of Pierre Bossier Mall. They are open 7 days per week from 11 a.m. to 8 p.m.

Dough Boys Pizza has been going strong for over three years and started out of a food truck at the Bossier City Farmers Market/Night Market and have since taken their pizzas to dozens of cities and events around the Ark-La-Tex.

In early 2020, the company began setting up in Waskom, Texas, providing food to essential workers and residents in east Texas and the greater Waskom community.

The Caddo-Bossier Parishes Port Commission has elected its officers to lead the Port for the next year.

“We are just in the first two weeks of 2022 and already the next two years are looking to be some of the busiest and exciting for the Port of Caddo-Bossier,” said Commission President Walter Bigby, Jr. “Planning is underway for a nearly $1 billion methanol plant at The Port, plus our current tenant Ternium has announced a $98 million expansion. The Port also worked with developers to bring a new $110.5 million sawmill to Plain Dealing.”

Phillip Rozeman, MD, a founding physician of Willis-Knighton Cardiology, is the recipient of the 59th annual Distinguished Service Award given by the Northwest Louisiana Medical Society. The award recognizes individuals for their outstanding contribution in medicine.

“Dr. Rozeman is a consummate physician leader and has devoted a great deal of his time and effort in improving the overall health of the community he serves,” said Brandi Gaitan, Northwest Louisiana Medical Society CEO.

“It is an honor to be recognized for distinguished service by a group of people who serve others every day of their lives,” Dr. Rozeman said. “I don’t think my service to others is even close to others on the list of the recipients over the years.  I am humbled at being among those on a list that includes Ike Muslow, John McDonald, Stan Shelby, and so many more great physicians.”

Dr. Rozeman is active in multiple areas of community service locally and statewide. He has been named Business Leader of the Year by both the Shreveport and Minden Chambers of Commerce, among many other awards. 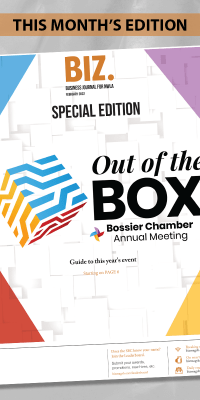