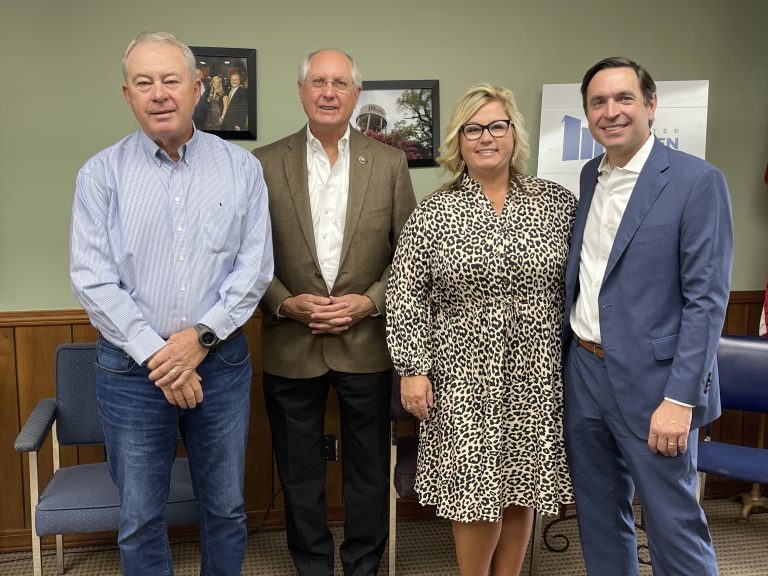 Will Phillips | Special to BIZ. Magazine

The Greater Minden Chamber recently hosted Stephen Waguespack, President of the Louisiana Association of Business and Industry, who came to inform local representatives and community leaders of some upcoming amendments on the November ballot that will change the landscape of Louisiana’s taxes for businesses.

Ultimately, the goal behind these amendments is to streamline Louisiana’s tax collection process as well as make the state more attractive to outside companies looking to locate here.

“Constitutional Amendment number one deals with sales tax collection. What it does not do is change rates, increase rates, it doesn’t do anything to the amount of taxes you pay. What it does is change how it’s collected,” said Waguespack.

Louisiana’s sales tax collection differs heavily from other states due to each parish being in charge of its own tax collection. This poses a problem for businesses who make sales in multiple parishes, because that means that there will be multiple entities to interact with when it comes to trying to pay taxes.

“In 48 other states, whether you’re a big business or a small business, if you make a sale, there is a centralized collector in those states, the secretary of revenue. Whether it’s a state tax or a local tax, there is one entity you pay your bill to. There is one entity you receive a bill from. There’s one entity that can audit you if they’re not quite sure you’re doing everything right. It’s a one entity-relationship,” said Waguespack.

“The way it’s done in Louisiana is, every parish has its own collection. And so what happens is we have over 54 different sales tax collectors for local taxes in Louisiana. Those different collectors can also use their own audit teams, assessment practices, building practices, etc.”

So how will amendment 1 change this? It won’t immediately centralize the tax collection process due to the opposition such a dramatic change would receive. Instead, it would create a well-balanced commission to create the rules regarding tax collection moving forward.

“That commission is going to be appointed and make rules that work for us. They’re going to find out the Louisiana way to make it easy for small businesses without stepping on the rights of local collectors.”

The first constitutional amendment creates the capacity for Louisiana to be more business-friendly moving forward, but the second amendment will make Louisiana more attractive for business in the near future, if it passes. Essentially this bill would lower corporate and income taxes while removing previously available deductions in order to balance out the reductions. So essentially the average taxpayer will be paying the same amount, however, on paper our taxes look far lower.

“You also have a high 8% corporate income tax rate and five rates in between there. It will consolidate those into three rates, drop the top rate, and begin to phase out the franchise tax.”

Waguespack explained that as other states implement policies that have pushed businesses away and made them consider relocating, a lot of them are considering moving to the south. However Louisiana is missing out because on paper our taxes mate us look like a lesser option.

“Taxes are going up in a lot of states. East Coast, West Coast, those states are doing a lot of crazy stuff, and it’s driving businesses and investors and wealth out of those states. Those groups are saying where do we go, and they’re kicking the tires on the south,” said Waguespack.

“When they kick out tires they don’t always like what they see. We’re not getting that same attraction that we deserve and that we should be, and I think our income tax code is a big piece of it. So all of a sudden when these companies look at Louisiana, they’ll say 4.25%, that’s the lowest rate in the south for those that have a rate. All of a sudden you look better on paper. And it’s the 4th lowest income tax rate for states that have an income tax, in the country.”

He went on to explain how exactly Louisiana will be able to make these changes without affecting revenue. “Right now we have the highest income rate tax in the south. That’s not helpful, but it’s quirky to say that, because with all the exemptions we have, you can actually pay down your rate in Louisiana, so your actual cost is not as high as it looks on paper,” said Wagensback.

“When you pay your federal taxes, Louisiana allows you to deduct it from your state taxes. So it’s going to remove that and lower the rates to be even. Most of you won’t feel a difference in what you pay, you just won’t use an exemption to get there.”

So essentially this amendment would take away a widely used exemption, but reduce rates accordingly to even things out. These amendments will appear on the ballot in the upcoming Nov. 13 election. 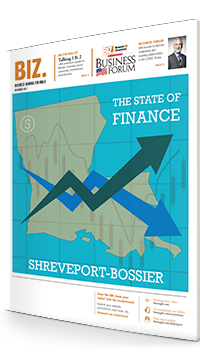