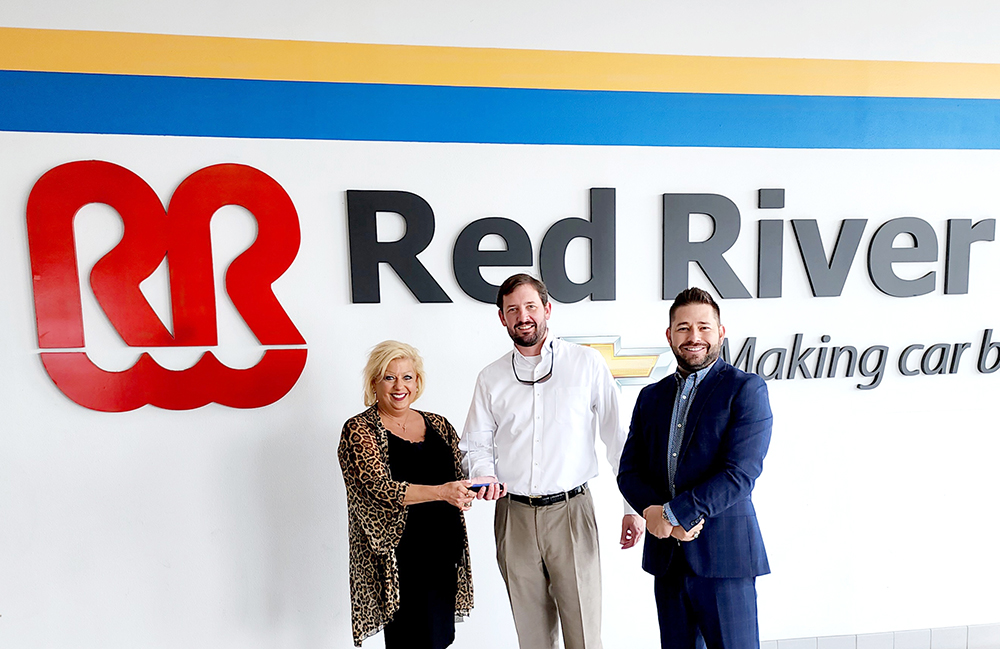 This dealership was actually built as a Ford Dealership in 1922 by two gentlemen that were not related to my family – Dr. Eichel Berger and Hardy Hearne. They operated it until about 1926. At that time my great grandfather, John Sentel, whom was a planner up in Dixie, had 5 children – three boys and two girls. His plan was to divide his plantation between the three boys. For the two girls, he wanted to put their husbands in a business to own and operate. He bought this dealership, which was then the Bossier Motor Company, in 1926. So the building that we are sitting in to this day was built in 1922, but my family acquired it in 1926. {…}

In the Depression, times got tough. My great grandfather had his son-in-law, Kenneth “Red” Marshall, (my great uncle) running the dealership at that time for him. Eventually the Bankers, that we were doing business with at that time, came in. When they arrived the conversation when something like this:

[Bankers] “Where are all the cars?”

[Great Uncle] “We sold them all”

[Bankers] “That’s wonderful, but where is all the money?”

[Great Uncle] “Haven’t you heard? There is a depression. No one has

[Bankers] “You’re going to jail then.”

Before he went to jail, my great grandfather called his other son-in-law, Pat Hawkins (my grandfather) to come help out his brother-in-law. He said he would. At that time Pat Hawkins had been working at A.C. Steere developing Broadmoor and South Highlands. Before that he was a bank examiner, and was about to go into business for himself. However, the family called and he decided to help out. Pat Hawkins made a deal with John Sentel that if the company was making a profit in six months then he would own half of it. If not he would leave the key in the door and never come back. Sure enough he worked out a deal with all the customers that had bought cars and worked out terms. He did not repossess a car and they successfully collected those accounts so the bankers were happy and the customers were happy. In six Months they were making a profit, thus Pat Hawkins owned half of Bossier Motor Company. On May 7th of 1931, they changed the name from “Bossier Motor Company” to “Red River Motor Company”. They Dropped Ford and kept Chevrolet because Ford (at that time) was very difficult to deal with. Chevrolet also had more options with their vehicles and more choices that would appeal to their customers. GM also had more of a variety with their products than Ford did. It was also because GM was quickly becoming the leading vehicle manufacturer.

That Chapter of the family started and continued until Pat Hawkins had two daughters. Neither of the daughters, went into the business, but their husbands both did. My uncle, Dick Johnson, came out of the army air corps at Barksdale after WWII and came to work here in 1944. He became the dealer. My father, Jim Fritze, got out of the Navy after November 22, 1953 and came to work here at that time. He and Dick Johnson became partners along with Pat Hawkins who died in 1957. My father bought Dick Johnson out in 1960 so Jim Fritze became the dealer from then until now. I started working here in 1970 and in 1986 became a partner. I am a partner to this day. It’s kind of interesting the timing. Right now its October 12, 2010, I am a dealer owner and my father is a dealer operator, and on October 31st those roles are flipping. {…} In addition to that, we have two more dealer owners coming aboard officially with Chevrolet. Patton Fritze and Alvin Olsan are going to be partners. I am the fourth generation and they will be the fifth. So it’s been a good business for our family for a long time and we hope to keep it going for a long time to come.

– From “The Beginning of Red River Motor Company” by George Fritze 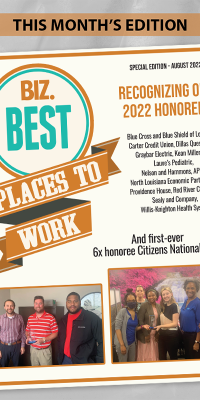