Congressman Ralph Abraham announced Monday that the fiscal year 2021 National Defense Authorization Act will include $48 million for a new entrance and gate complex at Barksdale Air Force Base.

Abraham says that the project will allow access to BAFB from the I-220 interchange and pave the way for the construction of a $290 million weapons generation facility.

Shortly after the announcement by Abraham, U.S. Representative Mike Johnson (LA-04), took to Facebook to announce the great news coming to Northwest Louisiana and Barksdale Air Force Base.

“This is great news for Barksdale Air Force Base and the countless advocates across our community who have been working tirelessly to bring a weapons generation facility to the base. There are still a few legislative hurdles to clear before all is said and done, but it’s a huge victory to finally get it included in the underlying NDAA. My good friend Congressman Ralph Abraham and I will continue to fight to get this across the finish line in the coming weeks. Stay tuned for more updates!,” said Johnson in a Facebook post.

Alongside Johnson, District 9 State Representative Dodie Horton took to Facebook expressing her elated enthusiasm about the funding and growth that the project will bring to the community.

“This is why the Barksdale interchange was such a big deal!!! The expansion of Barksdale ensures that the base continues to be a source of economic growth for our region,” said Horton in a Facebook post.

The NDAA is Congress’s annual defense authorization bill that sets the priorities for funding the Department of Defense throughout the following year. 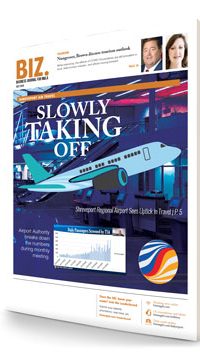