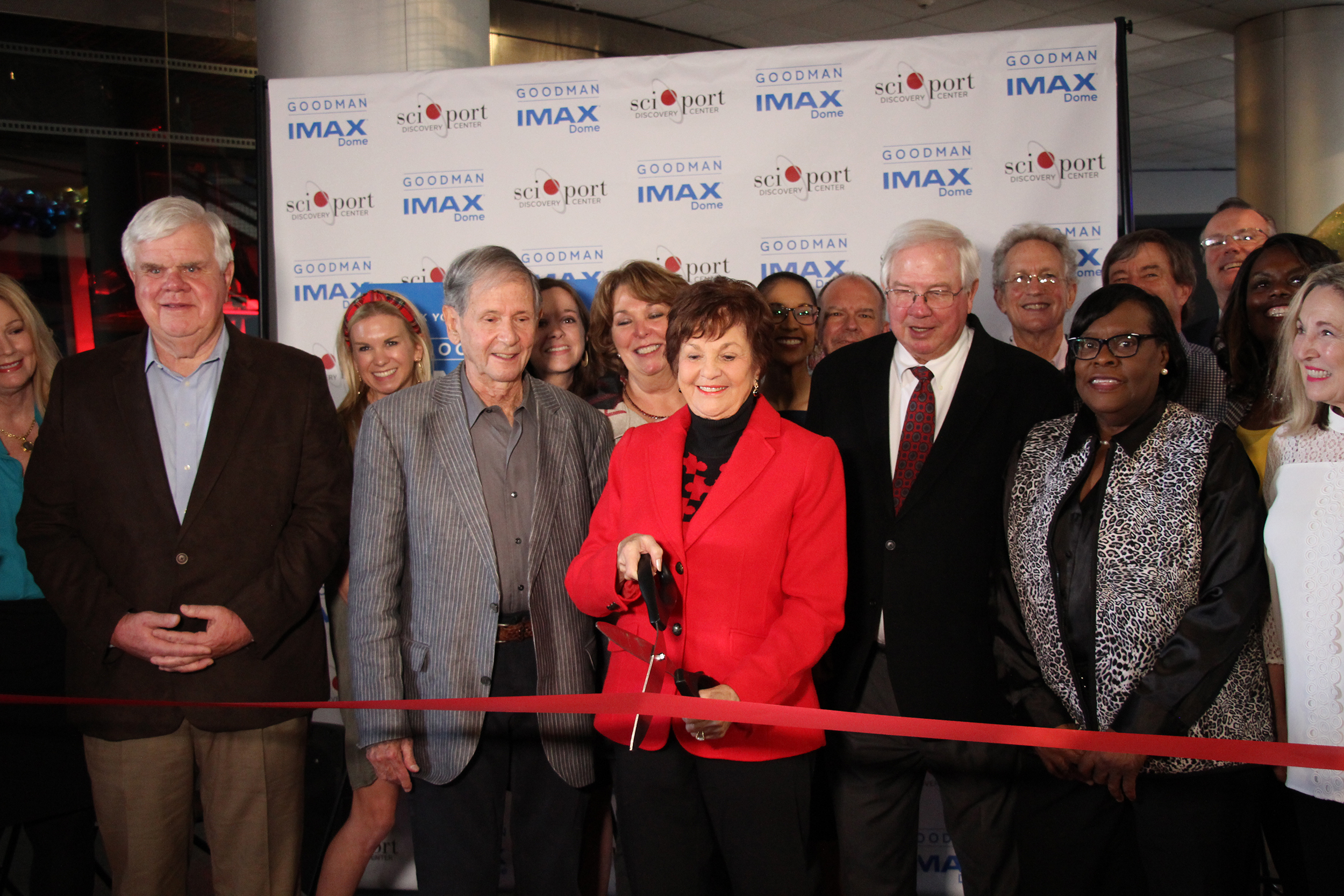 Hosted by the Greater Shreveport Chamber of Commerce, the Sci-Port Discovery Center in Shreveport  held a ribbon-cutting ceremony on Wednesday, December 7, 2022

for the million-dollar makeover of its IMAX Dome Theater. Following the makeover, the theater was renamed and will now be known as the Goodman IMAX® Dome Theater.

Prior to the ribbon-cutting ceremony, officials, dignitaries, organizations and the individuals who were a part of making the incredible upgrades to the theater possible, spoke briefly regarding the incredible journey they experienced along the way enroute to making the Goodman IMAX® Theater become a reality. .

“When I think about this institution, It just doesn’t serve Northwest Louisiana, it also serves East Texas and South Arkansas. So, this is a Tri-State attraction for the people of Louisiana, East Texas and South Arkansas,” said Louisiana Public Service Commissioner Foster Campbell. I was pleased to contribute $200,000 from my Energy Efficiency Fund toward this Sci-Port project. I wanted to make sure the money was being spent in the right place. Nothing could be spent better than helping education. Not only for the Shreveport community students, but Bossier, Plain Dealing, Marshall, Texas and Hope Arkansas.”

Dianne Clark, Executive Director of Sci-Port Discovery Center, centered her remarks around Shreveport philanthropist Sylvia Goodman, whose efforts founded Sci-Port. In her remarks, Clark said, “Sylvia’s vision and tenacity resulted in the opening of the current Sci-Port Discovery Center in 1998. With 25 years of experience providing immersive educational experiences to our community, Sci-Port looks forward to expanding those services with the addition of the new digital, laser-based projection system. We are delighted to recognize the work of Sylvia and her family.”

In addition to the theater upgrade, Sci-Port now has a fully renovated concession area, a gift shop and provides patrons with online ticketing options through a new point-of-sale system.

With the new projection system in place, Sci-Port is now able to offer a more comprehensive array of movie options, including new content created specifically for dome theaters such as “Ancient Caves” by MacGillivray Freeman Films, a film designed for the IMAX Dome screen .

One of the most exciting features of this upgrade is the addition of feature-length, Hollywood-produced movie offerings.

On November 25, 2022, the first feature-length film to premiere in the Goodman IMAX® Dome TheaterDome  was Black Panther: Wakanda Forever.