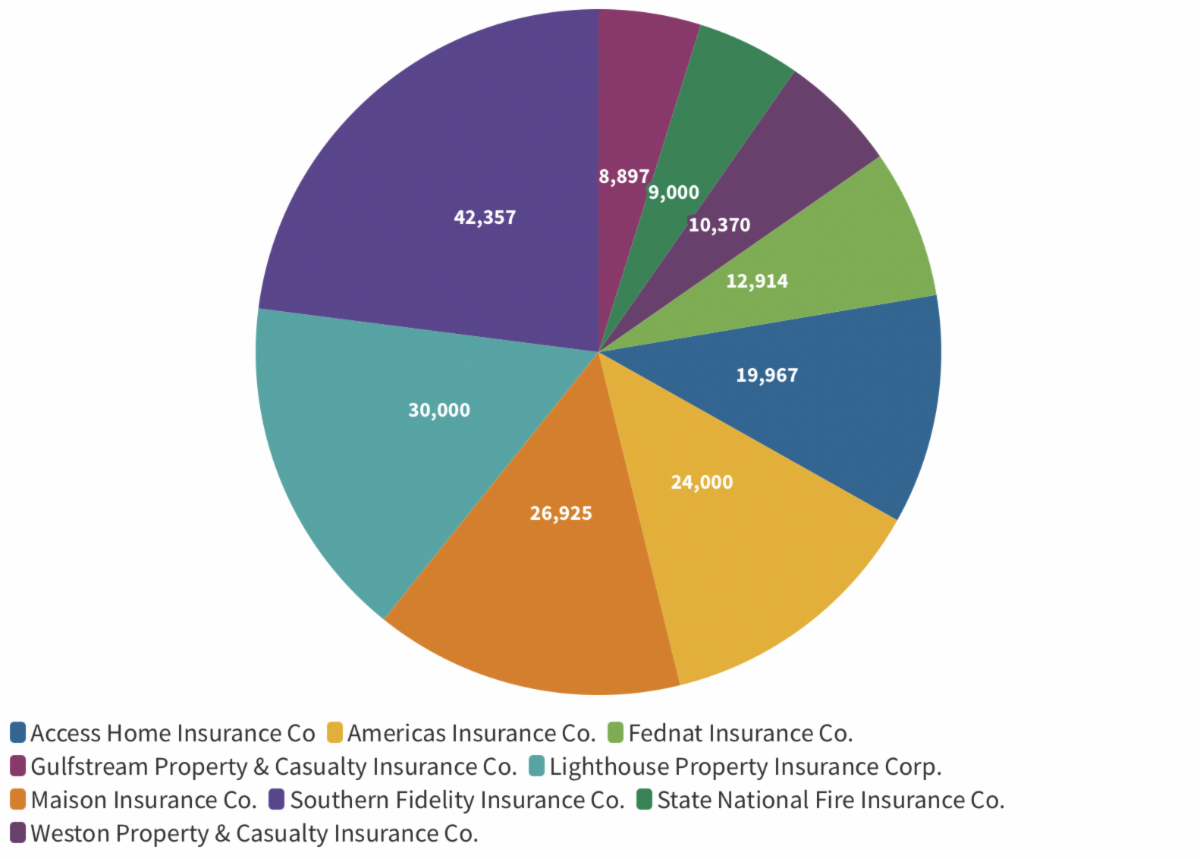 As the epicenter of climate disasters, hurricane-battered Louisiana is in the middle of a property insurance crisis. The destruction of Hurricanes Delta, Ida, Laura and Zeta have pushed several insurance providers to the point of insolvency, costing billions of dollars in damages and paid losses.

A report from the Legislative Auditor’s Office said 11 insurers have been declared insolvent between July 2021 and September 2022, and an article from The Advocate/The Times-Picayune said an additional 12 have withdrawn from the state since 2020.

Southern Fidelity Insurance Company and Lighthouse Property Insurance Corporation accounted for the most dropped policies. Between the two providers, more than 70,000 policies were terminated.

When insurance companies become insolvent, the state-chartered Louisiana Insurance Guaranty Association offers a safety net to property owners, paying the failed insurers’ outstanding claims. The association received state approval in July to borrow up to $600 million to help cover those mounting costs as the number of insolvent companies grew.

That debt will be paid by assessing a fee on Louisiana’s other insurance companies. Those insurers in turn can recoup that fee cost by either increasing rates on policyholders or taking a premium tax credit from the state. Most companies are expected to take the tax credit, officials have said.

While some insurance companies have stepped in to fill the void, many homeowners have been forced to turn to Louisiana Citizens Property Insurance Corp., the state-run insurer of last resort. Citizens is now one of the biggest insurance providers in the state, with more than 128,000 policyholders – compared to about 35,000 policies before Hurricane Laura. Commissioner of Administration Jim Donelon said that Citizens currently covers about 6% of the property insurance market.

More than 613,000 claims were filed by policyholders for the four storms that struck Louisiana in 2020 and 2021. According to the Louisiana Department of Insurance, insurers paid $4 billion in residential property claims made after Hurricane Laura. Additionally, insurers shelled out more than $6.5 billion for Hurricane Ida. Hundreds of millions of dollars more were paid out for Delta and Zeta.

Many homeowners who purchase property insurance are under the misconception that it also insures flood damages. However, flood insurance is a separate policy, usually purchased from the National Flood Insurance Program, and that program is facing its own challenges and raising rates on policyholders.