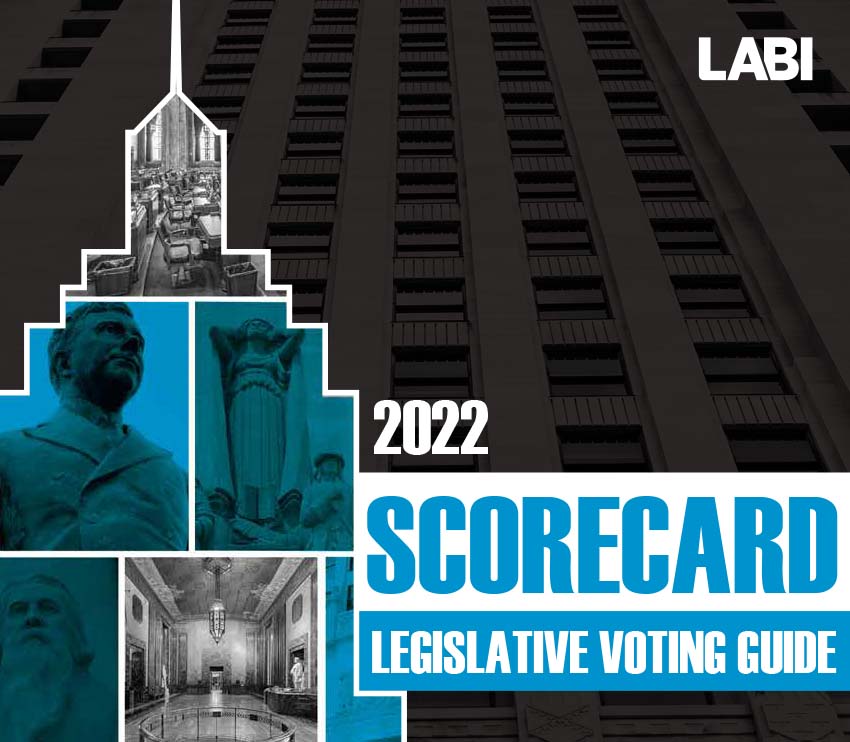 The Louisiana Association of Business and Industry (LABI) has released its 2022 Legislative Scorecard, highlighting legislators inside the State Capitol who supported pro-business legislation in this year’s regular session.

LABI, the state’s chamber of commerce and manufacturing association, worked with a bipartisan group of legislators and stakeholders to push for student-focused education reform, historic infrastructure investments and stabilizing the Unemployment Trust Fund.

“This Scorecard celebrates the legislators that unwaveringly stood with LABI and the Louisiana business community throughout this legislative session,” said LABI President and CEO Stephen Waguespack. “Common sense education reforms were passed, historic infrastructure funding was secured and legislation to put harmful ITEP policy in the constitution was defeated. We want to honor the work done during this year and term by a scrappy legislature refusing to be satisfied with the status quo. These legislators have scored some impactful wins, and this year’s scores reflect that.”

In the end, votes on key bills impacting the business community were scored. Issues were prioritized by LABI members with their expertise and input through issue councils and cemented in LABI’s annual Program of Work that guides the organization’s advocacy. The criteria outlined in the Program of Work determines the weight each piece of legislation carries throughout the session and guides the final votes selected for the annual analysis.

Five area legislators earned the ranking of “All-Star,” scoring 90 percent or higher on legislation important to LABI and the state’s employers. Those members are:

The legislator earning “Honorable Mentions,” scoring 80 percent or higher on legislation important to LABI and its members was Rep. Larry Bagley (District 7).

For more, visit https://labi.org/research/score-card/ to review this year’s report explaining LABI’s 2022 priorities, the outcome of the recent session, descriptions of the bills used in the Scorecard analysis, the individual legislative scores and the detailed methodology behind the scores.