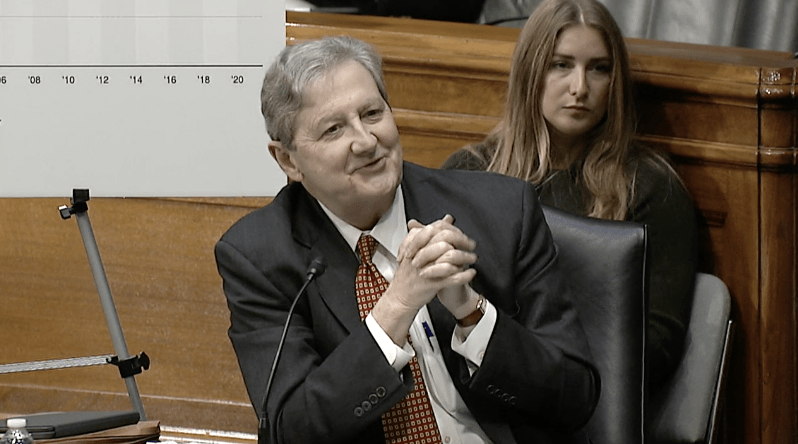 “As you know, the United States Attorney’s Office for the District of Delaware—led by U.S. Attorney Weiss—has been investigating Hunter Biden. There is no way of knowing the entire scope of the investigation, but evidence seems to be mounting that Hunter Biden committed numerous federal crimes, including, but not limited to, tax fraud, money laundering, and foreign-lobbying violations,” the senators wrote.

“Given that the investigation involves the President’s son, we believe it is important to provide U.S. Attorney Weiss with special counsel authorities and protections to allow him to investigate an appropriate scope of potentially criminal conduct, avoid the appearance of impropriety, and provide additional assurances to the American people that the Hunter Biden investigation is free from political influence,” they continued.

“Given the politicization of the DOJ under your watch and the importance of avoiding any appearance of impropriety, the undersigned request that you provide U.S. Attorney Weiss the full protections and authorities of a special counsel. This is one important action that you can take that will go a long way in restoring faith in our governmental institutions,” concluded the lawmakers.

The full letter can be found here.