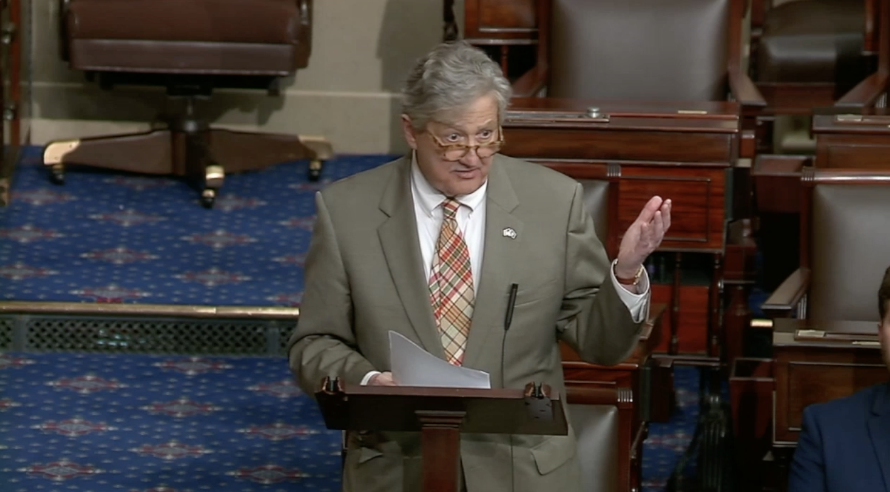 WASHINGTON – Sen. John Kennedy (R-La.) today explained on the Senate floor how President Joe Biden’s energy policy has made electricity bills unaffordable for many in Louisiana. Kennedy also outlined how Louisianians can find help to lower their electricity bills.

Below are key excerpts from his remarks:

“Folks in my home state of Louisiana . . . are facing some of the largest energy bills—electricity bills—in the history of ever.”

“Here’s a news flash . . . heat is not the main reason that these electricity bills are soaring—it’s not. The main reason that electricity bills are soaring is because of President Biden’s profoundly foolish energy policies, which have depleted America’s natural gas inventories. Because of this, natural gas prices have increased 75 percent from 2020.”

“The current energy crisis—and that’s what this is—is a sucking chest wound for Louisianians and for Americans, but, yet, President Biden refuses to budge from his war on affordable energy that got us here.”

“He killed the Keystone Pipeline, he’s canceled our country’s mineral leases, he’s stalled our country’s pipelines, and he’s told his banking regulators to dry up capital and loans for energy production.

“He’s put the full force and weight of the United States government behind this effort to destroy oil and gas. And, in doing so, he has intentionally forfeited America’s energy independence—and that’s why electricity bills are so high.”

“Now, what’s the answer? How do we fix this? Well, the answer—duh—is to have the American people produce their own oil and gas. And we can do it. We’ve done it before. We were energy independent.

“My people in Louisiana know how to produce clean, affordable energy, and so do other people in other states.”