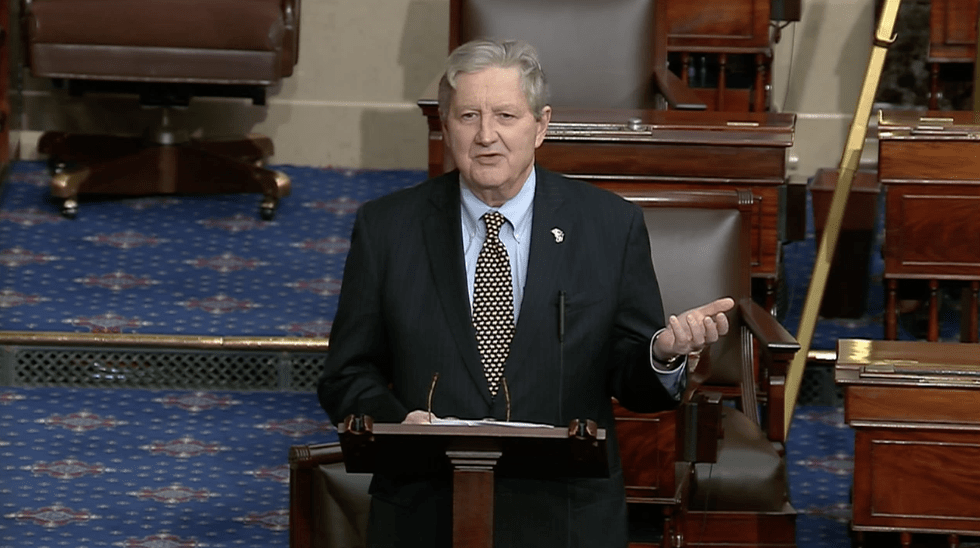 Today’s letter is the second penned to Gensler, requesting, again, that the SEC’s 500-page climate proposal be held to proper congressional oversight standards, including scrutiny from the Senate Banking Committee. Gensler responded to the senators’ original letter with a perfunctory one-page response that included none of the answers or records requested.

“Your response is wholly inadequate and unacceptable. In our letter, we asked only a few simple and straightforward questions, including questions that should result in simple ‘yes’ or ‘no’ answers,” wrote the senators.

“A member of the public who submitted a Freedom of Information Act (FOIA) request would be entitled to receive more records from the SEC than what the SEC has given members of the Senate committee overseeing the commission,” they continued.

The SEC’s disregard for a significant congressional oversight request comes after the recent U.S. Supreme Court decision, West Virginia v. EPA, which rightfully limited the legal authority of agencies like the SEC.

“In West Virginia v. EPA, the Supreme Court ruled that the executive branch and its agencies, including financial regulators, cannot use creative, new interpretations of existing law to pretend they have legal authority to support sweeping policy changes that Congress never intended. Unfortunately, the SEC appears to be trying to act in precisely this way with its climate disclosure rule,” the lawmakers concluded.

The full letter with its specific requests is available here.