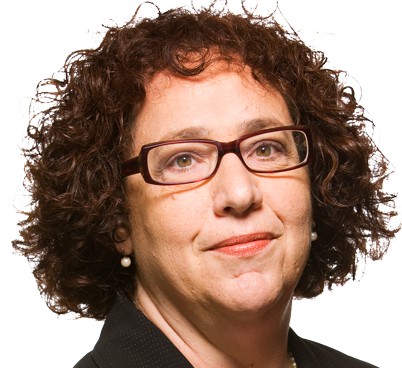 The Biden administration is on a regulatory tear, actively pursuing 2,673 rules in the next 12 months. This unconstrained expansion of the administrative state exacerbates runaway inflation and inhibits recovery from the COVID-19 lockdown.

The Unified Agenda of Regulatory and Deregulatory Actions, a semiannual publication, catalogs the regulatory deeds and ambitions of dozens of executive-branch departments, agencies, commissions, bureaus and boards. Accounting for active, long-term and completed actions, the president’s spring to-do list consists of 3,803 regulatory actions.

Some regulation is necessary to execute the laws, but every federal dictate acts as a stealth tax on the American people and the U.S. economy. And there really is no cause for the federal government to control whether employers collect oral or fluid specimens in drug testing. Or to prescribe electricity standards for every conceivable type of appliance, including icemakers, portable electric spas, ceiling fan light kits and computer-room air conditioners—to name just a few (literally).

Indeed, President Biden’s agenda is brimming with dictates governing every facet of daily life, including how Americans heat their homes and light their rooms, which food they buy and how they cook it, and the cars they drive and how to fuel them.

The cost is astronomical, but none of the 454 agencies listed in the Federal Register tracks regulatory costs either cumulatively or in the aggregate. The most widely cited estimate for the private sector is $2 trillion. The Biden agenda calls for adding tens of billions more.

As it is, the current regulatory paperwork burden totals 10.3 billion hours annually at a cost of $143 billion. Another measure of the unbridled regulatory output: The Code of Federal Regulations has increased in volume to 188,346 pages, an increase of 36% since 2000 and 164% since 1975.

Compared to its predecessors, the Biden administration easily surpasses the volume and scope of regulatory actions designated as “major”—i.e., each expected to have an annual effect on the economy of $100 million or more.

The administration has also queued 574 actions in the long-term.

The regulatory burden inexorably falls heaviest on low-income families and fixed-income seniors because compliance costs translate to higher consumer prices that exhaust a relatively larger share of their household budgets.

The biggest bulk of rules in the latest agenda come from the Interior (283), Treasury (262), and Transportation (228) departments. Interior’s list is dominated by rulemakings related to the Endangered Species Act, such as Florida crabgrass, the oblong rocksnail, and the Texas Heelsplitter (as distinct from the South Carolina variety).

Treasury is most heavily engaged with further empowering the Internal Revenue Service.

And Transportation is occupied with regulating accessible lavatories on single-aisle aircraft and specifications for a new side-impact crash-test dummy representative of a 50th percentile male.

Topping the second tier with 140 agenda items, the Environmental Protection Agency is expanding the web of global warming dictates. None will have any effect on climate, but all will advance Mr. Biden’s goal of consolidating government control over energy.

Having emptied store shelves of infant formula and outlawed e-cigarettes, the Food and Drug Administration is now revising the requirements for the voluntary use of the term “healthy” in food labeling.

From Day One, the Biden administration has been dogged in its resolve to rescind the regulatory reforms of his predecessor. Unless constrained, Mr. Biden’s regulatory assault will overwhelm America’s entrepreneurial spirit and diminish the freedoms upon which this nation was founded.

[Ed.’s Note: This piece originally appeared in The Washington Times]

Diane Katz, who has analyzed and written on public policy issues for more than two decades, is a research fellow in regulatory policy at the Heritage Foundation.