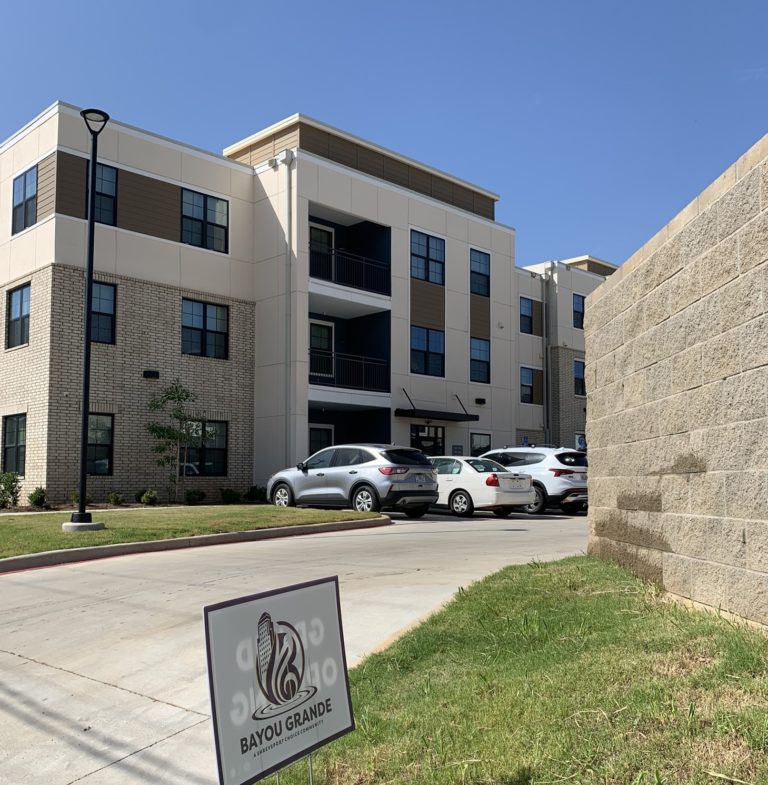 The long-awaited Bayou Grande apartments at 961 Caddo Street opened its doors to the community June 16, to show off the newest option in downtown living.

Over the past couple of years, there have been a lot of questions about what was being built at the corner of Common and Caddo Streets downtown, but the efforts to bring the upscale housing predate the construction by nearly a decade.

For ten years, the city’s department of Community Development labored to write grants and solidify plans and partnerships. Small Housing and Urban Development (HUD) grants followed, but in 2018, the planning and work paid off when a call from HUD alerted the city that it had become one of just 40 in the nation to be awarded a Choice Neighborhood grant.

Community Development chief Bonnie Moore was thrilled, but had hoped for more. She and her partners got to work on not only matching the $24m, but far exceeding it, raising $140 million in additional investments so far.

This first phase of the residential project will eventually include 328 units. Phases I and II consist of 68 mixed-income units each. Phase III will be 122 mixed-income units, with completion anticipated in early 2023. The designed square footage of the units ranges from 750 – 1300 sf with planned rents between $718 – $1184. Phase IV is a 70-unit building for seniors. Each of the phases will include a mix of federally subsidized units, unsubsidized affordable units, and unrestricted market rate units, but each of the units will include the same lengthy list of amenities, from a club room and business office space to high speed Internet, washers and dryers in each unit, stainless steel appliances, granite countertops, a dog park area, playground and more.

“Bayou Grande is going to bring hundreds of people to downtown,” Shreveport Mayor Adrian Perkins told the assembled crowd. The density, he said, is key to a vibrant and thriving city center.