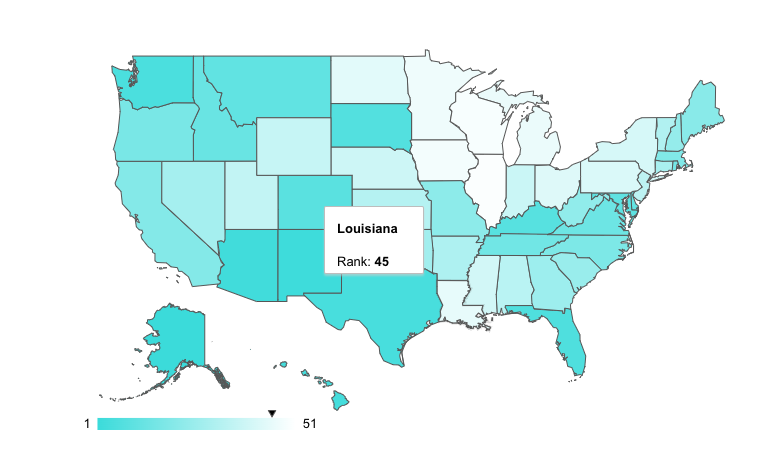 Racial inequality has been brought into the spotlight in recent years, as protests against police brutality and racism have taken place across the U.S. in response to numerous high-profile cases such as the death of George Floyd. However, it’s not just in policing where discrimination rears its head.

A recent study found that only 3.2% of executive or senior-level positions belong to black Americans, even though that demographic makes up 13% of the U.S. population. The overall black unemployment rate is consistently higher than the white unemployment rate, too.

What’s even more striking than the inequality in employment is the disparity in wealth between white and black Americans. The average white family has a net worth of $171,000, compared to just $17,150 for the average black family. As racial tensions run high in America, it’s an opportune time to take a look at which states have done the most to promote financial equality.

In order to determine which states have the most racial equality in terms of employment and wealth, WalletHub compared the 50 states and the District of Columbia across eight key metrics. Our data compares the difference between white and black Americans in areas such as annual income, unemployment rate and homeownership rate.

The study found Louisiana ranked 45th when it came to racial equality in the economy. Digging deeper, Louisiana had the 3rd highest median annual income gap.