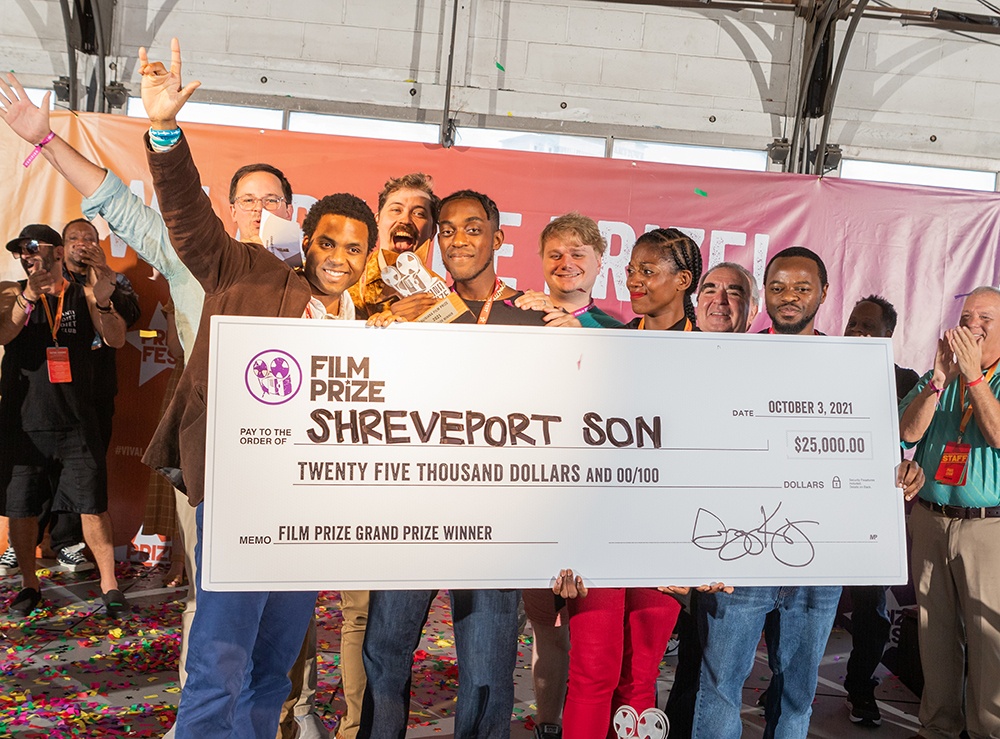 SHREVEPORT — Louisiana Film Prize is kicking off its eleventh year in 2022 and returns with the ability for competing filmmakers to win up to $50,000.

“Moving the Film Prize back up to $50,000 is huge for our community,” said Gregory Kallenberg, Executive Director of the Prize Foundation. “We are already seeing independent filmmakers sign up, and we can’t wait to continue our work of making Caddo Parish an indie film Mecca.”

Film Prize will be hosting its kickoff and networking event on Thursday, January 27, 6:00 p.m. at Central Artstation. In addition to the formal announcement of the competition rules and deadlines, Film Prize will be offering all registered filmmakers the chance to win one of three $1,000 filmmaking grants if they commit to making their film in Caddo Parish. Filmmakers, cast and crew will also have the ability to network with other creatives and fans of the Prize. The event is free and open to the public. Proof of vaccination and masks will be required to attend.

“The response we have seen from filmmakers across Louisiana and the country just over the last few weeks has been astounding. That tells me that this year’s Film Prize is going to be something truly special,” said Film Prize director Chris Lyon. “We look forward to watching these filmmakers add to the success of the first ten years of Film Prize by coming to our state and our community to tell amazing stories which the public will get to see at Prize Fest come October.”

For full rules and regulations and to register, visit prizefest.com.