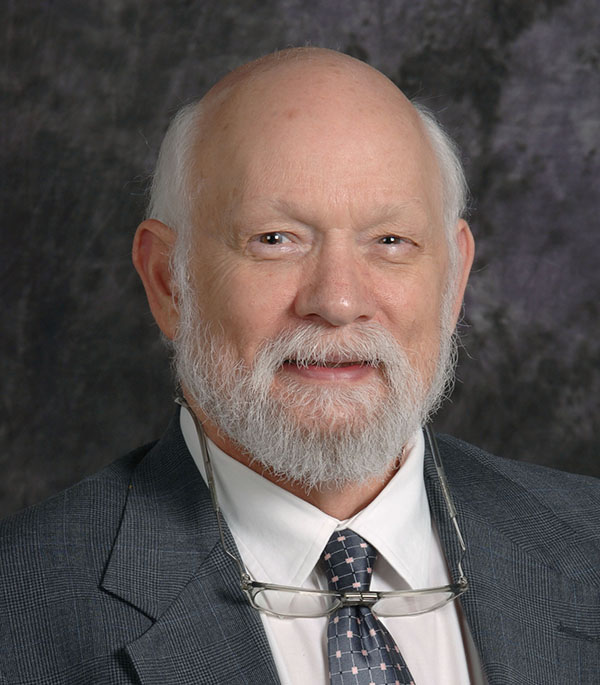 As the Executive Director of the Louisiana Addiction Research Center (LARC) at LSU Health Shreveport (LSUHS), I unequivocally believe the Methamphetamine Response Act of 2021, legislation introduced by Senators Chuck Grassley (R-Iowa) and Dianne Feinstein (D-Calif.) is good public policy. The bill designates methamphetamine as an “emerging drug threat” and directs the Office of National Drug Control Policy (ONDCP) to implement a plan to address the rising use of methamphetamine.

As a scientist who has studied the effects of stress on the misuse of drugs, primarily cocaine and methamphetamine for over thirty-five years I am acutely attuned to the need. I also co-founded Embera NeuroTherapeutics, Inc., a specialty pharmaceutical company that is currently in Phase 2 clinical trials testing a compound developed in my lab for Cocaine Use Disorder.

This bill has bipartisan support and was originally introduced in 2020 as the Methamphetamine Response Act and passed the Senate in November 2020, but did not pass the House before the end of the congressional session. This 2021 legislation was passed by the Senate as S. 854 on December 13, 2021. A companion bill was introduced in the House of Representatives as H.R. 2051 by Representatives Diana Harshbarger (R-Tenn.), John R. Curtis (R-Utah), and Scott H. Peters (D-Calif.). The Methamphetamine Response Act of 2021 was passed by voice vote in the House Committee on Energy and Commerce. It has not yet been addressed in the full House.

By declaring methamphetamine an emerging drug threat, this bill will require the ONDCP to develop, implement and make public, within 90 days of enactment, a national emerging threats response plan that is specific to methamphetamine, in accordance with section 709(d) of the ONDCP Reauthorization Act of 1998. This plan must be updated annually and include the following:

My friends, this bill must be passed by both Houses of Congress and signed by the President as soon as possible. Many of you have heard of the opioid epidemic, and Congress has enacted legislation in an attempt to deal with this threat. Even so, on November 17, 2021, the Centers for Disease Control and Prevention (CDC) reported that there were 100,306 drug overdose deaths in the United States during a 12-month period ending in April 2021. This was an increase of 28.5% from the 78,056 deaths during the same period the year before. That same day, an article in the New York Times reported, “The figure marks the first time the number of overdose deaths in the United States has exceeded 100,000 a year, more than the toll of car crashes and gun fatalities combined. Overdose deaths have more than doubled since 2015.”

But what you may not realize is that deaths resulting from methamphetamine were rising at an even more alarming rate. An article published in JAMA Psychiatry in September 2021, indicated that from 2015 to 2019, overdose deaths from the use of methamphetamine rose from 5,526 to 15,489, a 180% increase. This is not due to more people using the drug since that number only increased by 43%.

According to the 2020 Drug Enforcement Administration (DEA) National Drug Threat Assessment (NDTA), 53,079 kilograms of methamphetamine were seized nationwide in 2019, an increase of 55% from 2018. That’s more than 58.5 tons of the drug! Only 250 mg (less than 1/100 of an ounce) will keep someone “high” for several hours.  Methamphetamine seizures occurred to varying degrees in nearly every state. Imagine how much was not detected!

In addition to overdose deaths, methamphetamine can produce a myriad of deleterious health effects. People are presenting to the cardiologist with severe cardiovascular disease in their thirties and forties, a condition that is normally not seen until people reach their sixties and seventies. The drug can also affect the central nervous system, producing damage that leads to symptoms of Parkinson’s disease and cognitive decline.

And don’t forget about crime associated with methamphetamine. People rob and steal for money to obtain more of the drug – usually from family and friends. While no parent would knowingly harm a child, mothers (and fathers) can become so intoxicated on methamphetamine for so long that their children are left abandoned and are sometimes abused. Driving under the influence, working under the influence, or simply checking out and living on the street are all consequences of methamphetamine use. The costs to persons, families and society are staggering!

Northwest Louisiana is no stranger to the methamphetamine epidemic. The Louisiana Drug Threat Assessment, provided in May 2021 by the National Drug Intelligence Center, reported that the misuse of methamphetamine is rising, primarily in north Louisiana. Counselors in some treatment centers say that methamphetamine is now the drug of choice in this area. Statistics from law enforcement also show increases in domestic violence and other crimes related to methamphetamine use. It is reasonable to believe that almost every family in Louisiana has been negatively impacted in one way or another by this insidious drug.

My prayer is that that once the Methamphetamine Response Act of 2021 is enacted, clinicians, scientists and others will be encouraged to look outside the box. For far too long, what we have been doing has not been working, and dumping more money into processes and procedures that simply fail will not get us out of this crisis. Funds must be set aside for novel approaches that get to the crux of methamphetamine use and relapse. With a coordinated effort we put people on the moon almost fifty-three years ago. With that same innovative and focused spirit, we can develop a treatment for Methamphetamine Use Disorder that works.