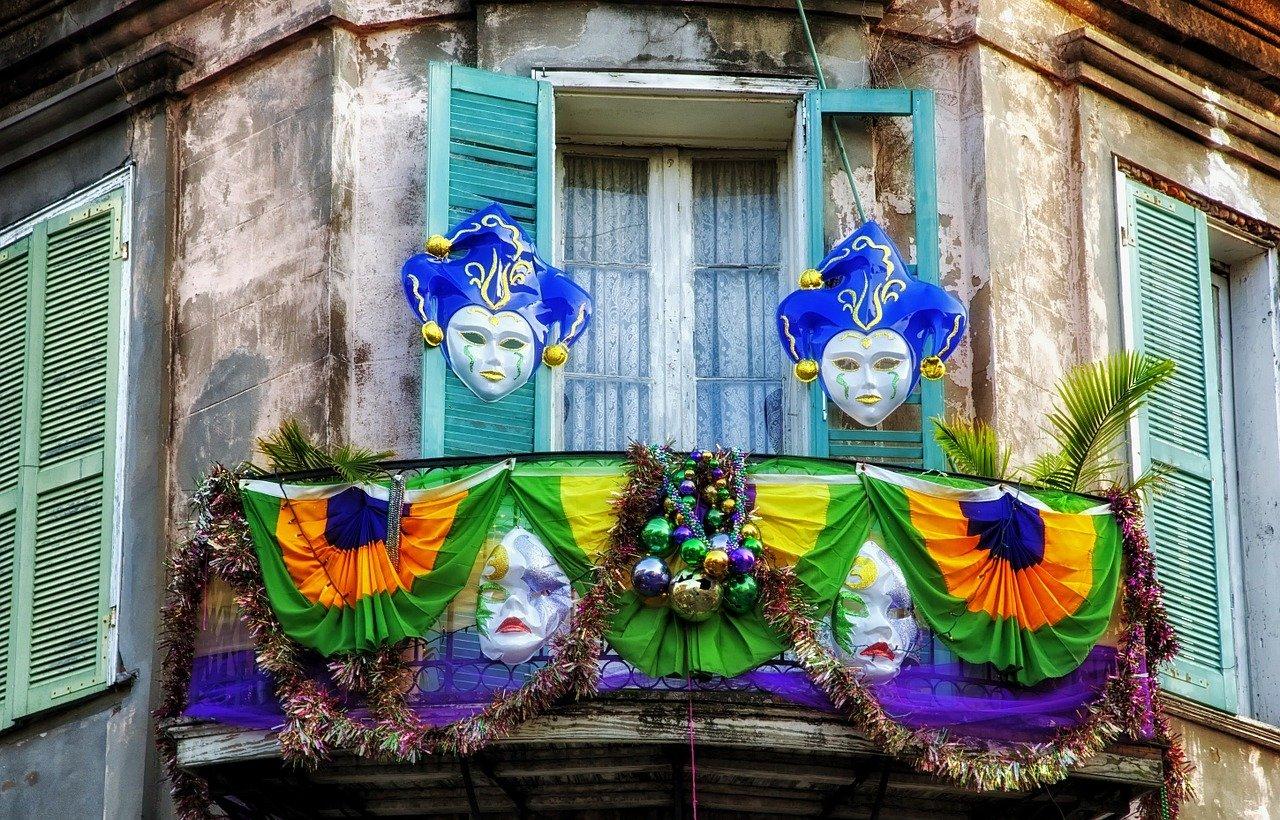 Carnival officially begins each year on Jan. 6 — the 12th day after Christmas — and, usually, comes to a raucous climax on Mardi Gras, or Fat Tuesday, which falls on March 1 this year. Thursday’s planned festivities come two years after a successful Mardi Gras became what officials later realized was an early Southern superspreader of COVID-19; and nearly a year after city officials canceled 2021 parades.

This year, the party is going on despite rapidly rising COVID-19 cases driven by the omicron variant.

“Without a doubt, we will have Mardi Gras 2022,” Mayor LaToya Cantrell said during a Thursday morning kickoff event, where participants removed protective masks long enough to sample slices of King Cake, a seasonal delicacy.

“Having a Mardi Gras, and a successful and healthy Mardi Gras, is as important to this region’s mental health as it is important to the economic health of this city,” added James Reiss, an official with the Rex Organization, a 150-year-old Carnival group.

Still, in a season known for excess, the virus prompted restraint. At Bywater Bakery, owner Chaya Conrad usually has a daylong block party with live music to mark the beginning of Carnival season. After a “virtual” recorded concert last year, she had planned to return to the big block party Thursday. But after the virus sickened many of her employees over Christmas, she canceled the extravaganza. Instead, a piano player on a flatbed truck played as customers snapped up King Cakes.

In what has become a traditional kickoff to the season, a group known as the Phunny Phorty Phellows was to gather Thursday night and board one of the historic St. Charles line streetcars along with a small brass band. Vaccinations were required and seating on the streetcar was to be limited and spaced. And, in addition to the traditional over-the-eye costume masks, riders were equipped with face coverings to prevent viral spread.

“It was certainly the right thing to do to cancel last year,” said Dr. Susan Hassig, a Tulane University epidemiologist who also is a member of the Krewe of Muses, and who rides each year on a huge float in the Muses parade. “We didn’t have vaccines. There was raging and very serious illness all over the place.”

Now, she notes, the vaccination rate is high in New Orleans. While only about 65% of the total city population is fully vaccinated, according to the city’s statistics, 81% of all adults are fully vaccinated. And the overall percentage is expected to increase now that eligibility is open to younger children.

And while people from outside the city are a big part of Mardi Gras crowds, Cantrell’s anti-virus measures include proof of vaccination or a negative test for most venues.

Sharing Hassig’s cautious optimism is Elroy James, president of the Zulu Social Aid and Pleasure Club, a predominantly Black organization whose Mardi Gras morning parade is a focal point of Carnival. Early in the pandemic, COVID-19 was blamed for the death of at least 17 of Zulu’s members.

“I think most krewes, particularly, I know, for Zulu, we’ve been very proactive, leaning in, with respect to all of the safety protocols that have been in place since the onset of this thing,” James said Wednesday. “Our float captains are confirming our riders are vaccinated. And part of the look for the 2022 Mardi Gras season is face masks.”

Reasons for concern remain in a state where the pandemic has claimed more than 15,000 lives over the past two years. Louisiana health officials reported 1,412 hospitalizations as of Wednesday — up from fewer than 200 in mid-December.

Muses founder Staci Rosenberg said the krewe had planned to gather in a bar near the streetcar route to await the Phunny Phorty Phellows. The virus surge prompted a move outside.

Hassig, meanwhile, says she doesn’t plan to attend indoor gatherings. She, is, however, determined to ride in the Feb. 24 parade — vaccinated, wearing an N95 mask and knowing that outdoor activities are safer.

Hassig rode in her first parade in 2006 as the city struggled to recover from Hurricane Katrina. Now, she wants to participate in the recovery from the economic ravages of the virus.

“It’s incredibly important, financially, for the city that this go well,” she said.