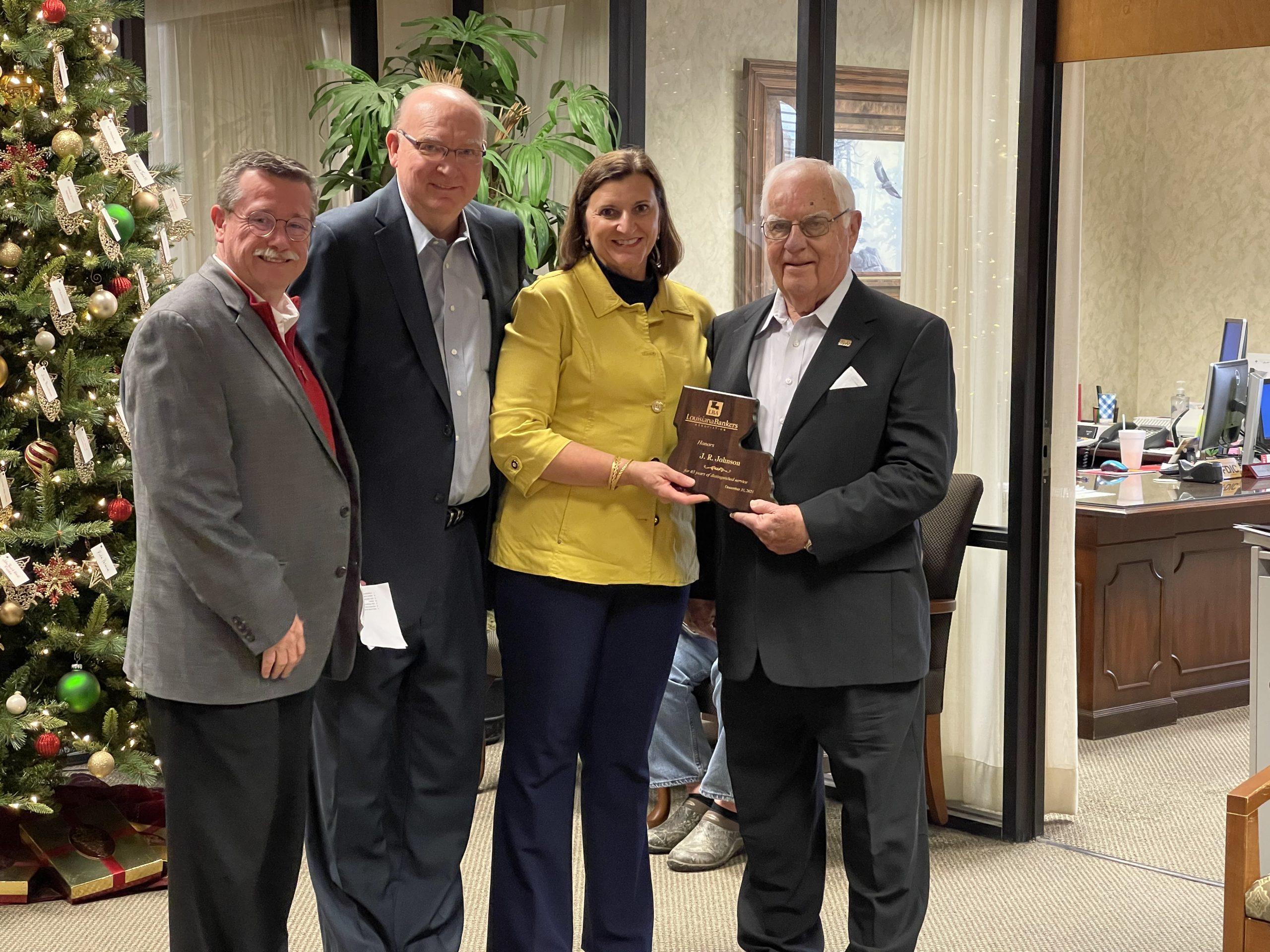 Mr. Martin stated “The foundations laid by Mr. Johnson continue to support civic and economic activities in GBT’s market, which has grown from 1 location in Bienville Parish to 11 locations in 5 parishes. His efforts will continue to benefit communities for generations to come.”

It was noted that although Mr. Johnson is retiring from active service his legacy will continue through those he has so admirably mentored and trained during his 58 years of service at GBT.

At a reception held in his honor, Mr. Johnson was presented a 65-year service award by Ginger Laurent, CEO of Louisiana Bankers Association. GBT directors, officers and staff presented a proclamation and declared Dec. 17 as J. R. Johnson day to be observed annually at the bank. In his honor, the foyer of the Main Branch is Gibsland has been named the J. R. Johnson Foyer.