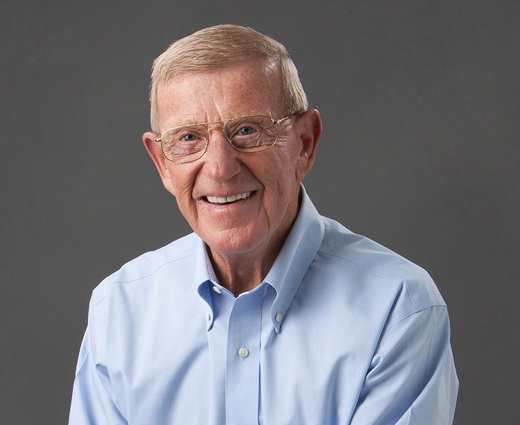 SHREVEPORT – Famed College and Professional Football Coach Lou Holtz will be the featured speaker at the annual fundraiser for Mary’s House in Shreveport. Fete for Life, which is the organization’s largest single fundraiser, is on February 15, 2022 at the Bossier Civic Center.

Holtz coached the New York Jets in 1976. He returned to college football to coach Arkansas.

Lou Holtz moved from the sidelines to the announcer’s booth, as a college football analyst for ESPN. President Donald Trump awarded Coach Holtz the Presidential Medal of Freedom in 2020. Holtz has ties to the Ark-La-Tex, his son Skip is the head coach of the Louisiana Tech Bulldogs Football team.

Holtz now travels the country as a motivational speaker and we are excited to have him as our speaker.

We would like to thank our Platinum sponsors for their support of Fete for Life: CHRISTUS Health System, Mike & Judy McCarthy, Koran Baptist Church, John & Meredith Evans, the Knights of Columbus-Louisiana State Council, Brammer Engineering, Inc., The J. Edgar Monroe Foundation, and Louis and Colleen Avallone.

Tickets are available online at Banquet.MarysHouse.net or by calling Mary’s House at 318-220-8009.