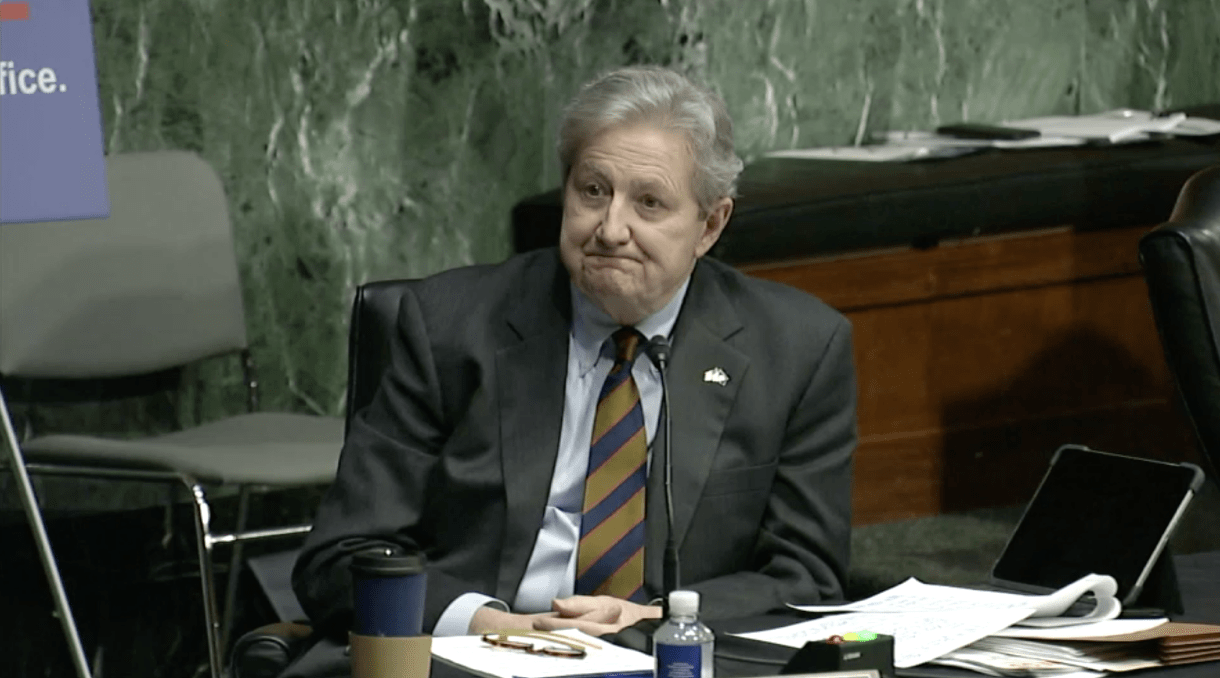 Kennedy pressed Mayorkas on DHS’s releasing illegal immigrants who are COVID positive, who have criminal records or who have promptly taken advantage of welfare programs into American communities.

Kennedy: “I don’t think you deserve to have to be here today to answer questions about immigration because I don’t think you’re calling the shots. I think those shots are being called out of the White House. I think they ought to be here. The people determining our border policy—in your opinion—are they just incompetent, or do they believe in open borders?”

Mayorkas: “Senator, I’m intensely and immensely proud to be a member of President Biden’s cabinet, and for the policies that are promulgated, I should be held accountable.”

Kennedy: “Vice President Harris, our boarder czar, what kind of grade would you give her?”

Kennedy: “Okay, let me ask this quickly in my last few seconds: When’s the last time you talked to her about securing the border?”