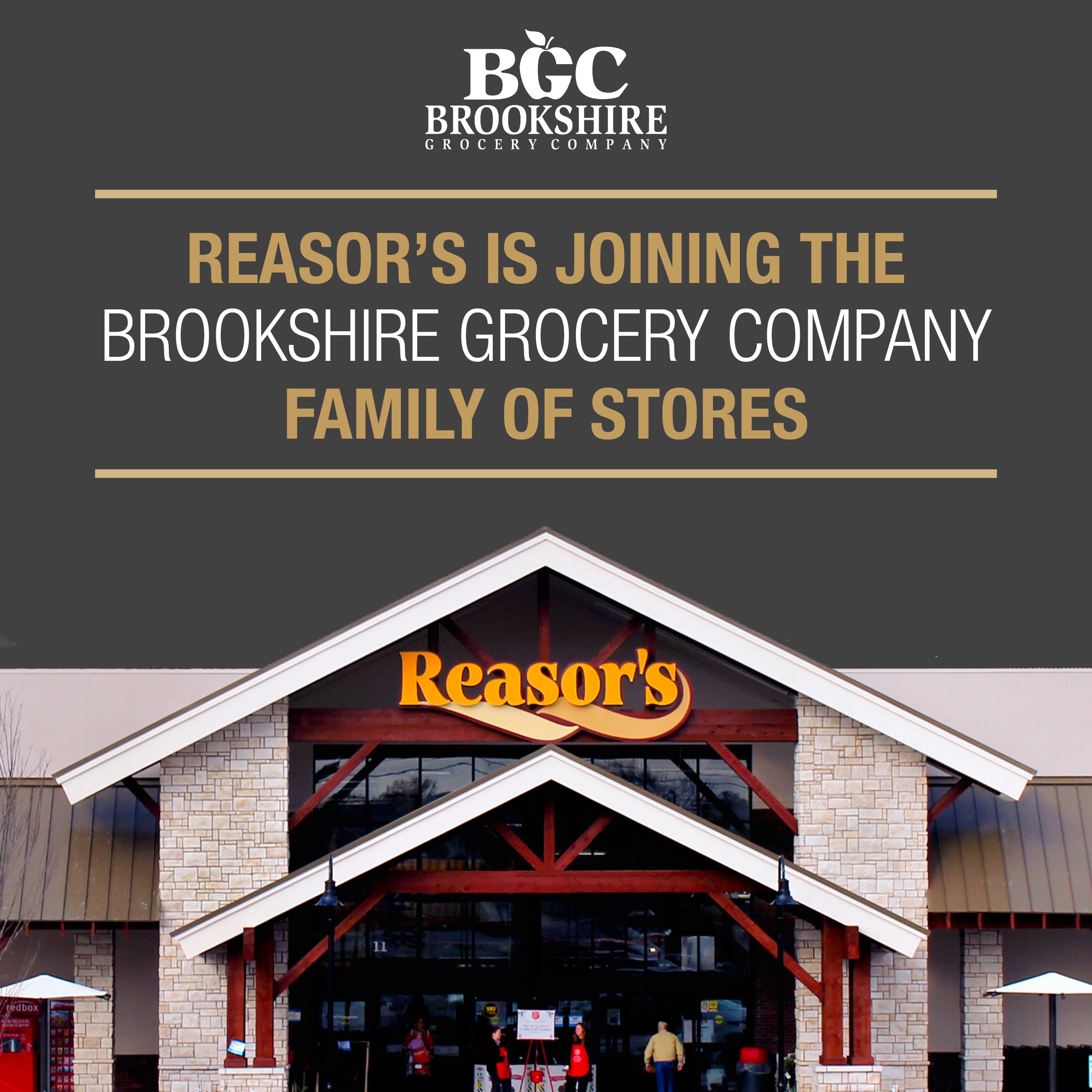 TYLER, Texas – Brookshire Grocery Co. (BGC) and Reasor’s LLC are excited to announce that they have entered into an agreement under which BGC will acquire Reasor’s 17 stores in Oklahoma. Reasor’s will be the newest banner of stores for the BGC family, which operates four other banners of stores including Brookshire’s, Super 1 Foods, FRESH by Brookshire’s and Spring Market in Texas, Louisiana and Arkansas.

“We are so incredibly excited to welcome Reasor’s employees, customers and communities, that these 17 stores serve, into our BGC family,” said Brad Brookshire, Chairman and CEO for Brookshire Grocery Co. “Reasor’s is a perfect fit for Brookshire Grocery Company. Our company culture and values are the same. We’re a family business that started with my grandparents opening our first small store in Tyler, Texas, more than 93 years ago. We are dedicated to embracing our Reasor’s employee-partners and offering the best service to the Oklahoma community. Our company’s mission is to create and deliver exceptional experiences and value to our customers through our core values of excellent service, integrity and doing our best every day.”

“We are pleased to have secured a strong grocery retailer in Brookshire Grocery Company, who shares our focus on customers and values their employees. We are confident that these stores will experience continued success as a part of BGC,” said Jeff Reasor, Chairman and CEO of Reasor’s. “Reasor’s and BGC are working closely together to ensure a smooth transition for employees in these stores. We are excited that the employees will have opportunities to grow in their careers in these stores and throughout the company. We would like to thank our loyal customers who have faithfully supported Reasor’s for close to 60 years, as well as our employees for their commitment to serving our customers.”

After the transaction closing, the Reasor’s stores will continue with uninterrupted operation under the Reasor’s name. Reasor’s has 17 locations, one convenience store and employs more than 2,000 people in Northeastern Oklahoma. In the transaction, The Food Partners served as strategic and financial adviser and Haynes and Boone served as legal counsel to BGC.

The transaction, which is expected to close in the first quarter of 2022, has been approved by the governing boards of both companies. However, the closing of the transaction is subject to customary closing conditions, including obtaining required governmental approvals and the approval of the transaction by the Reasor’s Holding Company Employee Stock Ownership Plan, which is the sole shareholder of Reasor’s parent entity.