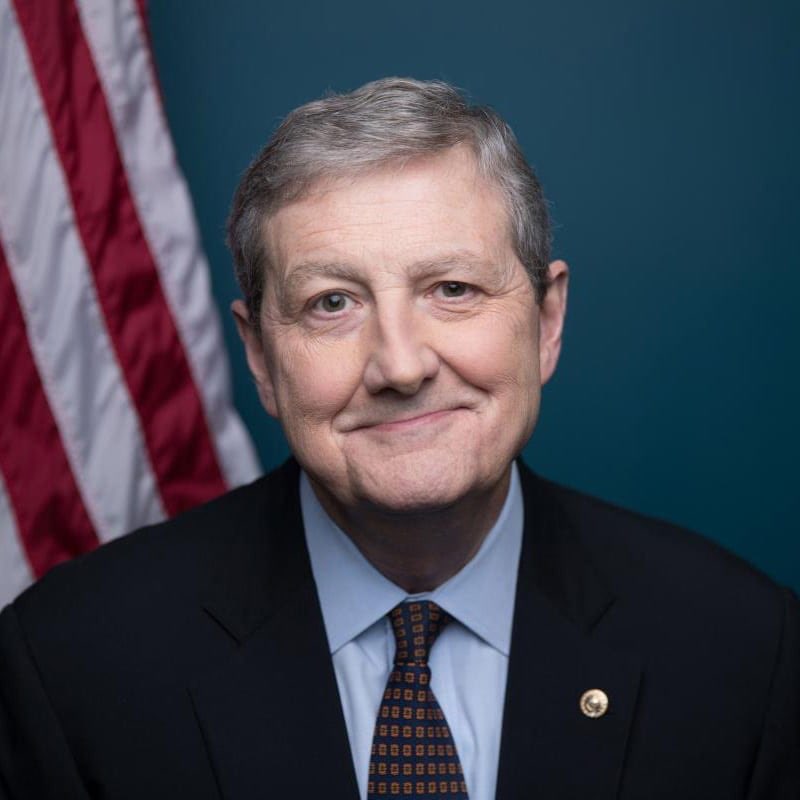 “Existing law already requires many federal officials to disclose certain securities transactions. As a matter of transparency and accountability, federal judges should do the same. The Courthouse Ethics and Transparency Act would give the public, including litigants, access to this important information while protecting judges’ personal information and security,” said Kennedy.

“The STOCK Act rightly strengthened disclosure requirements and boosted transparency for elected officials, but federal judges were inexplicably carved out of these tougher rules. This legislation would subject federal judges to the same disclosure requirements of other federal officials so we can be sure litigants are protected from conflicts of interest and cases are decided fairly,” said Cornyn.

“A fundamental pillar of our justice system is the right to a fair and impartial trial. Litigants need confidence that they will receive an unbiased hearing free from outside influence and based only on the facts and the law. I’m proud to introduce this bill with my colleagues that will strengthen financial disclosure requirements for federal judges and help bolster confidence in the justice system,” said Coons.

“Our judicial officials should be bound by the same financial disclosure requirements that our elected officials are. This level of increased transparency will hold officials accountable and ensure that litigants are not caught in a conflict of interest. Today’s introduction of the Courthouse Ethics and Transparency Act brings us one step closer to guaranteeing equal justice under the law,” said Durbin.

“Life-tenured judges follow lower transparency standards than any other federal officials. This bipartisan bill will make sure the judiciary discloses as much about its stock transactions as the elected branches of government. That’s an important safeguard,” said Whitehouse.

“Texans and the American people deserve accountability and ethical integrity from every branch of government. Our judges have a duty to avoid conflicts of interest in their courtrooms and even the appearance of improprieties that could call into question their impartiality. Recent reporting that federal judges across the country have failed to recuse themselves from cases in which they have a financial interest is extremely concerning and undermines faith in our judicial system. That’s why I’m proud to co-sponsor this bill that will increase accountability by requiring federal judges to make necessary financial disclosures,” said Cruz.

“I’m working with my colleagues to strengthen transparency rules to ensure all Americans receive fair and impartial treatment in court without fear of any conflict of interest,” said Ossoff.

The Courthouse Ethics and Transparency Act would require that federal judges’ financial disclosure reports be made publicly available online and require federal judges to submit periodic transaction reports of securities transactions in line with other federal officials under the STOCK Act. The bill would amend the Ethics in Government Act of 1978 to:

Require the Administrative Office of the U.S. Courts to create a searchable online database of judicial financial disclosure forms and post those forms within 90 days of being filed, and
Subject federal judges to the STOCK Act’s requirement of filing periodic transaction reports within 45 days of securities transactions over $1,000.

The bill also preserves the existing ability of judges to request redactions of personal information on financial disclosure reports due to a security concern.

Under current ethics guidelines and federal law, federal judges are prohibited from hearing cases that involve a party in which they, their spouse or their minor children have a financial interest. Federal judges are instead supposed to disqualify themselves in any proceeding in which their impartiality may be questioned. Despite this, a recent report from the Wall Street Journal found that between 2010 and 2018, more than 130 federal judges failed to recuse themselves in nearly 700 cases in which they or an immediate family member held stock in a company involved in the case.

Litigants need real-time access to judges’ financial disclosures and securities transactions in order to preserve the integrity of the proceedings and ensure a recusal when there’s a potential conflict of interest in their case.