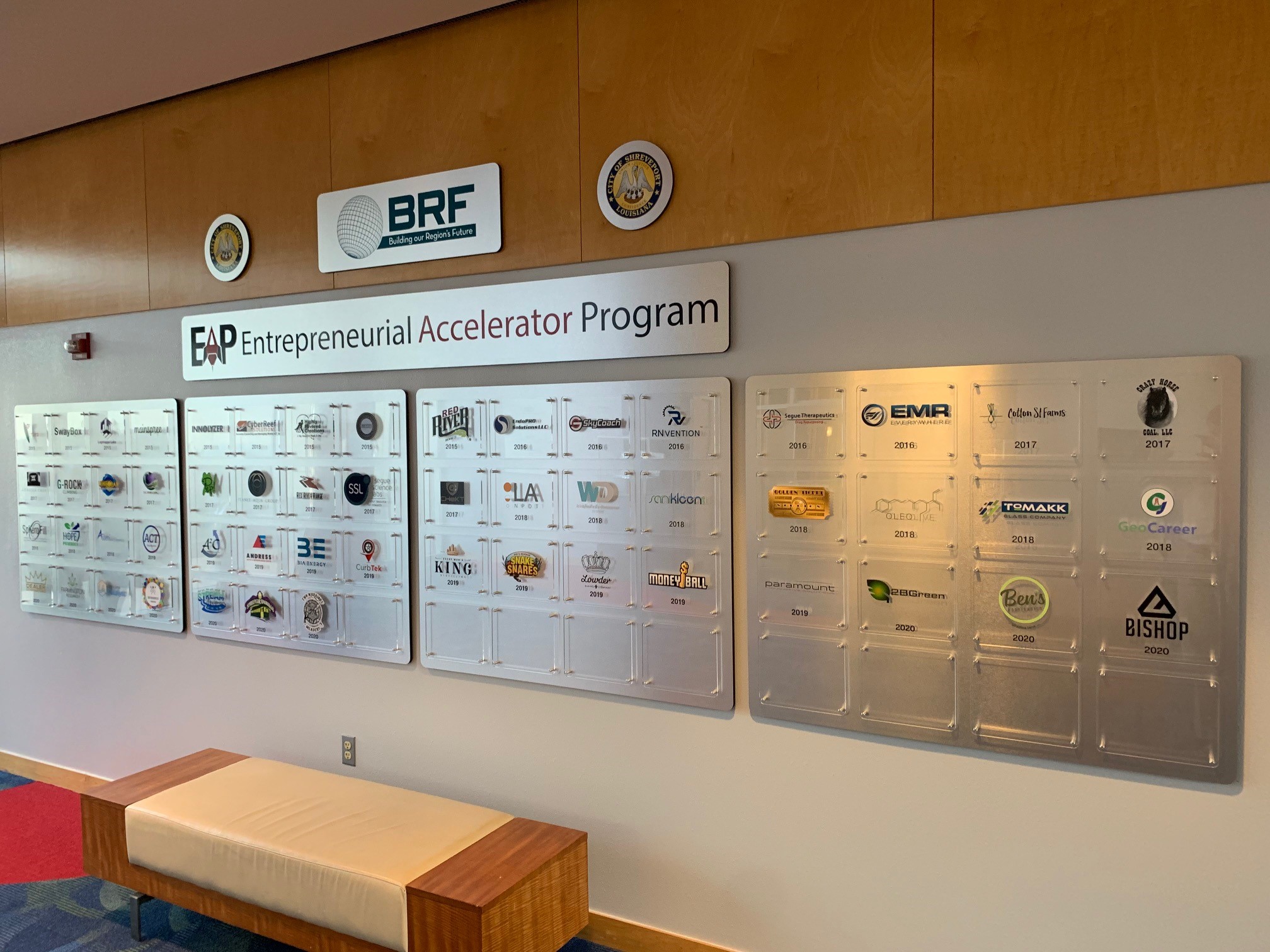 Dolores “Sissy” LaVigne made a major gift to BRF to establish the Dolores George LaVigne Endowment for Entrepreneurship. The BRF Board also approved a contribution to the newly created endowment fund. The income generated from this $2 million endowment will be used to support BRF’s Entrepreneurial Accelerator Program operations.

Sissy LaVigne is no stranger to entrepreneurship. She has been a financial investor and supporter of many successful entrepreneurs and entrepreneurial initiatives in the Shreveport area during the last 60 years. For example, in 1982, while acting as Chairman of the Board of KSLA-TV, Sissy LaVigne, along with the station’s shareholders, began negotiations to sell KSLA-TV to Viacom International. The transaction closed on June 3, 1983, with the merger of KSLA-TV, Inc. into Viacom International, Inc. in New York City, New York. Mrs. LaVigne’s father, Don George, was the founder of KSLA-TV in 1954.

She was an early contributor to Shreveport-headquartered Metro Aviation, which went from owning one used helicopter in 1982 to becoming the largest privately held traditional air medical operator in the United States and the largest air medical completion center in the world with over 1,000 employees nationwide. According to Metro Aviation founder and CEO Mike Stanberry, “Sissy LaVigne donated the interior to our first helicopter. If it was not for her, Metro Aviation would not be in business. She was instrumental in getting us started.”

She also was an early investor in Shreveport-based Aeropres Corporation, a manufacturer and distributor of high-purity gases with plants in Shreveport, California, Illinois and New Jersey. Ken Odom, Aeropres Corporation Chairman of the Board, noted that, “Sissy Lavigne was an original shareholder in Aeropres Corporation. Her leadership was essential as our company grew from a small company to the company that it is today. Sissy led by her example of hard work and professionalism and demanded no less from her management team.”

Don Jones, former Bossier City Mayor and local entrepreneur, said, “Sissy LaVigne has not only provided millions of dollars to support numerous local entrepreneurs and non-profits but also has provided sound advice and wise counsel which are invaluable.”

“I love to see the creation of new businesses,” noted LaVigne. “I believe BRF’s Entrepreneurial Accelerator Program is helping entrepreneurs with many of the key services and access to capital that will make Shreveport/North Louisiana-based companies successful. I am happy to give back to help diversify and grow our area’s economy.”

“Sissy LaVigne was helping startup companies in Shreveport long before BRF began the Entrepreneurial Accelerator Program. She was an early investor in Shreveport-headquartered LifeCare Management

Services, a long-term acute care hospital system which grew to have over 3,200 employees with 21 locations in nine states and was sold in 2005. This endowment, that we hope others will contribute to, should keep her entrepreneurial spirit alive for generations to come,” said Dr. John F. George Jr., BRF President and CEO.

Created in 2014, BRF’s Entrepreneurial Accelerator Program analyzes the viability of ideas and products, matches entrepreneurs with informed investors and nurtures them through critical steps toward the market. According to a 2019 economic impact study by Dr. Loren Scott and Associates, the firms supported by BRF’s Entrepreneurial Accelerator Program generated in the Shreveport-Bossier MSA over 353 new jobs, $21 million in new business sales, $15 million in new household earnings, and nearly $1 million in new tax and fee collections for local governments.