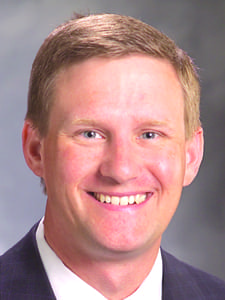 The constitutional amendments that were on the Oct. 9 ballot are now changed to Nov. 13 because of Hurricane Ida. Please keep all of our fellow Louisianans in your thoughts and prayers as our state recovers from this hurricane and while still dealing with Hurricane Laura last year.

The first two amendments are the most important I’ve seen in my ten years in the Senate and truly need to be passed. They will not increase taxes, but make them more uniform and eliminate wild swings caused by federal tax changes. They will move our state in the right direction.

Please vote YES for Constitutional Amendments 1 and 2. They really are important for our state’s future.

Early voting is from Saturday, Oct. 30 through Saturday, Nov. 6 from 8:30 a.m. to 6 p.m., excluding Sunday, Oct. 31. We were not supposed to have a statewide election this fall and actually passed nine constitutional amendments, but five of the nine will be voted on in 2022.

Do you support an amendment to authorize the legislature to provide for the streamlined electronic filing, electronic remittance, and the collection of sales and use taxes levied within the state by the State and Local Streamlined Sales and Use Tax Commission and to provide for the funding, duties, and responsibilities of the commission?
https://legis.la.gov/legis/BillInfo.aspx?s=21RS&b=ACT131&sbi=y

This amendment will allow our state to have an opportunity for a single sales tax collector with its passage. We currently have 54 local tax collectors and 100 different local tax rates. This system is archaic and cumbersome. Local government will still have an equal seat on the new State and Local Streamlined Sales and Use Tax Commission with state government.

We need this amendment passed. We must streamline our sales tax collection and make it more in line with other states that collect sales tax.

Do you support an amendment to lower the maximum allowable rate of individual income tax and to authorize the legislature to provide by law for a deduction for federal income taxes paid?
https://legis.la.gov/legis/BillInfo.aspx?s=21RS&b=ACT134&sbi=y

I support this amendment because it is a more transparent way of determining the actual state income tax rate.

The proposal is to reduce the tax brackets from the following:

However, you will lose your deduction for the amount you pay in federal income tax.

On the corporate income tax, the number of tax brackets will be reduced from five to three with the top rate decreasing from 8 percent to 7.5 percent. We will eliminate the franchise tax for 85 percent of filers. In addition, we have triggers to continue to reduce the franchise tax as tax revenue grows.

Is this good or bad for your bottom line? You have to make the calculation. The tax plan is designed to be revenue neutral to the State Treasury, but in any plan, there are winners and those who will pay more. At 4.25 percent, Louisiana will have the lowest state personal income tax in the South and the fourth lowest in the country among states who levy an income tax.

To protect you from a major income tax increase in the future, it will continue to take a 2/3 vote of the Legislature to raise your income tax and the maximum allowed in the Constitution will be 4.75 percent. Under current law, Louisiana is one of only two states that allow a full deduction of federal income tax paid.

The goal of the income tax reform is to make Louisiana more competitive. The Tax Foundation ranks all states and this change will greatly help. The goal of this plan is for Louisiana families to pay about the same as they did before, but with a much simpler tax structure that sets Louisiana up for future reforms.

Do you support an amendment to allow levee districts created after January 1, 2006, and before October 9, 2021, whose electors approve the amendment to levy an annual tax not to exceed five mills for the purpose of constructing and maintaining levees, levee drainage, flood protection, and hurricane flood protection?
https://legis.la.gov/legis/BillInfo.aspx?s=21RS&b=ACT132&sbi=y

I will vote against this amendment. Newly created local levee boards (since 2005) have to go to the voters to collect a tax and some have not been successful, so they have come to the Legislature to try a statewide vote to collect a property tax for the new levees. They think they are being clever hoping they can get a local property tax passed.
If the new levee districts want a property tax, they can go to their local voters under current law and try to pass the tax, but they have not been successful and they do not want to have to pay to have a tax proposal placed on the local ballot. I suggest a no vote on this proposed amendment.

This does not affect any levees in Bossier or Caddo parishes.

Do you support an amendment to increase the amount of allowable deficit reductions to statutory dedications and constitutionally protected funds from five percent to ten percent? https://legis.la.gov/legis/BillInfo.aspx?s=21RS&b=ACT157&sbi=y

This amendment has good intentions to spread cuts across a bigger portion of state government when revenues drop. I will vote for it, but the truth is you are always going to have cuts to health care and higher education when we have a reduction because of the large portion of the budget they consume.