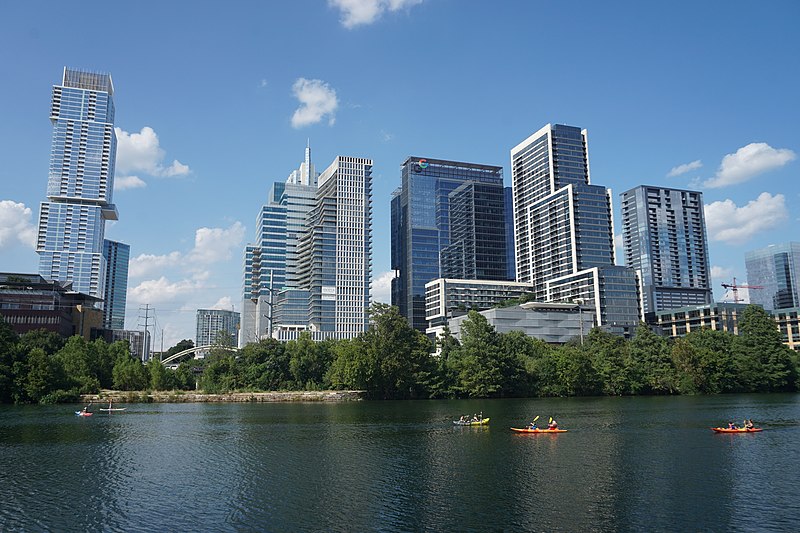 By the end of December, Austin will be the least affordable city to live outside of California, according to an analysis by the real estate company Zillow. It will be less affordable to own a home in Austin than Seattle, Miami, and New York City, the report suggests, with homeowners expected to spend more than 25.3% of their income on mortgage payments.

According to the Austin Board of Realtors, the median home price in Austin in June was more than $482,000, a 39% increase from last year.

Real Estate company RedFin notes that while the median home price rose astronomically, the number of homes that sold significantly over the asking price increased as well. Out-of-towners moving to the Austin region in general pay 7.8% over the asking price, compared to local buyers paying an average 3.7% more, Redfin found.

The typical home buyer in June 2020 spent less than one-fifth (19.7%) of their income on mortgage payments, Zillow estimates. But one year later, by June 2021, that number jumped to 25.3%. And it’s continuing to climb.

“By December, even if mortgage rates stay the same moving forward, home buyers in Austin should be prepared to spend 30.1% of their income on a mortgage– above the 30% housing-burdened threshold,” Zillow states.

The only markets that will be less affordable than Austin are in California: Riverside, San Diego, Los Angeles, San Jose and San Francisco, Zillow suggests.

Chuck DeVore, a vice president with the Texas Public Policy Foundation, agrees that “Austin has often had the highest home prices among Texas urban areas.” But he attributes this is “partly due to its growth as a high wage high-tech hub and partly due to increasing development restrictions imposed by a leftwing city council. The average rent for an apartment in Austin is $1,539, In Houston, it’s $1,172, but still far below San Jose in the heart of Silicon Valley at $2,593 or New York at $3,872.”

The Austin Business Journal says more people moving to Austin from Silicon Valley are bringing with them higher incomes that price everyone else out. It writes, “If you’re not in the technology industry, and you’re not earning those wages, you’re probably going to be priced out.”

Californians with equity in tech companies like Facebook, Google or others can sell their million-dollar homes in the Bay Area and buy more for their money in Austin, including more square-footage and a yard they may not have had before while also spending far less in taxes than they did in California.

But higher costs mean more people are being priced out with less affordable housing options, a trend that led in part to more than 200,000 Californians becoming homeless in the past few years.

Austin also is plagued by homelessness, mirroring California’s tent cities on a smaller scale. After two years of fighting the city council over vagrancy laws, residents were able to enact changes through a ballot initiative.

And while Zillow suggests that one solution is to increase affordable housing options, critics have been arguing for years that the regulatory burden is prohibitive.

In 2017, referring to new solar regulations introduced at the time, the president of Austin firm Danze and Davis Architects told KXAN News, “Every regulation the city does just adds another layer of cost to what would be an affordable house otherwise. What used to cost maybe $75 for us to do a site plan in Austin now costs over $2,000 because of the amount of time it takes to do all those regulations that we do.”

Another report found that for the same project built in Austin compared to Dallas, Austin fees could cost a developer more than $1 million compared to $120,000 in Dallas. That was before the California exodus of 2019 and 2020, bringing more people from Silicon Valley into Austin and before the city council reversed vagrancy laws enabling homeless encampments to expand throughout the city – both factoring into affordable housing in the area.

Two years after the reports were issued, council member Greg Casar told KXAN News, “Sometimes our own rules get in our own way. We’ve seen time after time, where the City Council has gotten behind building more affordable homes, then some of our city rules can restrict the number of homes in a location by 50 percent, or up to 100 percent.”

Still, the city council hasn’t repealed restrictive regulations or solved its affordable housing or homeless crisis, but it does continue to raise taxes.

DeVore notes a silver lining, pointing out that “Texas, due to a variety of factors, including stronger property rights that make it easier for developers to build to meet demand, has a cost of living almost 8% below the national average.

“Fortunately, for people looking to move to the Austin area, there is plenty of land for new housing in Williamson County to the north and in Hays County to the South.”