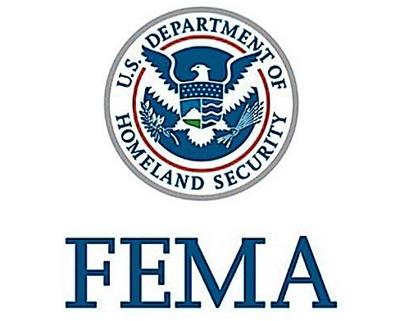 Hundreds of emergency responders were in place in Louisiana and the U.S. Army Corps of Engineers had power restoration experts and generators at the ready as Hurricane Ida hit on Sunday as one of the most powerful hurricanes to make landfall in the U.S., federal officials said.

The Coast Guard prepositioned vessels for “deep water search and rescue efforts,” and President Joe Biden said federal support would remain in the region for “as long as it takes.”

“I want to make sure that we’re ready to surge all the response capacity, capability that we have to deal with whatever comes next, and a lot’s going to be coming,” Biden said during a stop Sunday at Federal Emergency Management Agency headquarters.

Much of the response began days before landfall and included special precautions due to the coronavirus pandemic, the White House said. Louisiana Gov. John Bel Edwards told CNN’s “State of the Union” a few hours before Ida’s expected landfall that there were 600 people ready to deploy for search and rescue efforts, including teams from 15 other states, with “many more” on the way.

Biden met via videoconference with FEMA Administrator Deanne Criswell on Saturday to discuss storm preparations, and he said Sunday that “prepositioning” in the region had been a critical part of the response. More than 100 ground ambulances and 20 air ambulances were deployed to help evacuate nursing homes in the storm’s path, FEMA said. Precautions were also being taken to prevent the spread of COVID-19 at the large shelters the American Red Cross is opening, including masking, rapid testing and social distancing.

FEMA deployed 10 Incident Management Assistance Teams to support states — six in Louisiana, two in Alabama and two in Mississippi — and said three more teams were on standby to deploy if needed. More than 2,400 FEMA employees were in Alabama, Florida, Georgia, Louisiana, Mississippi and Texas and ready to provide additional help, FEMA said.

Biden said the agency has provided 2.5 million meals and more than 3 million liters of water. Nine Urban Search and Rescue teams were in place in Louisiana and three more teams were in Alabama, FEMA said.

Environmental Protection Agency spokeswoman Jennah Durant said the agency’s personnel are coordinating with FEMA as well as state and local authorities in Louisiana. She said the agency had contacted the owners and operators of the 23 highly polluted Superfund sites in the state to ensure prestorm security preparations were being made.

Biden approved an emergency disaster declaration for Louisiana on Friday, which authorized direct federal help for all 64 parishes, including power generation, air transportation, wildlife management assistance and water management. The White House said Biden also spoke with the governors of Louisiana, Mississippi, and Alabama “to make clear that States have the full support of the Federal government to provide assistance as needed and to aid local emergency response efforts.”

Biden also spoke Saturday with National Hurricane Center Director Kenneth Graham, about “how Ida will likely be very strong and destructive, with dangerous, life-threatening storm surge and significant rainfall that would impact both coastal and inland areas,” according to the White House.

Edwards told CBS’ “Face the Nation” on Sunday that Ida was a “major, major storm” that will test the state in ways it hasn’t been tested before, as it happens along with the pandemic.

“It’s impossible today to say how long the power will be out. And that begins to test your systems,” Edwards said, “whether it’s the opportunity to deliver water to the hospitals. You can’t run a ventilator without electricity.”