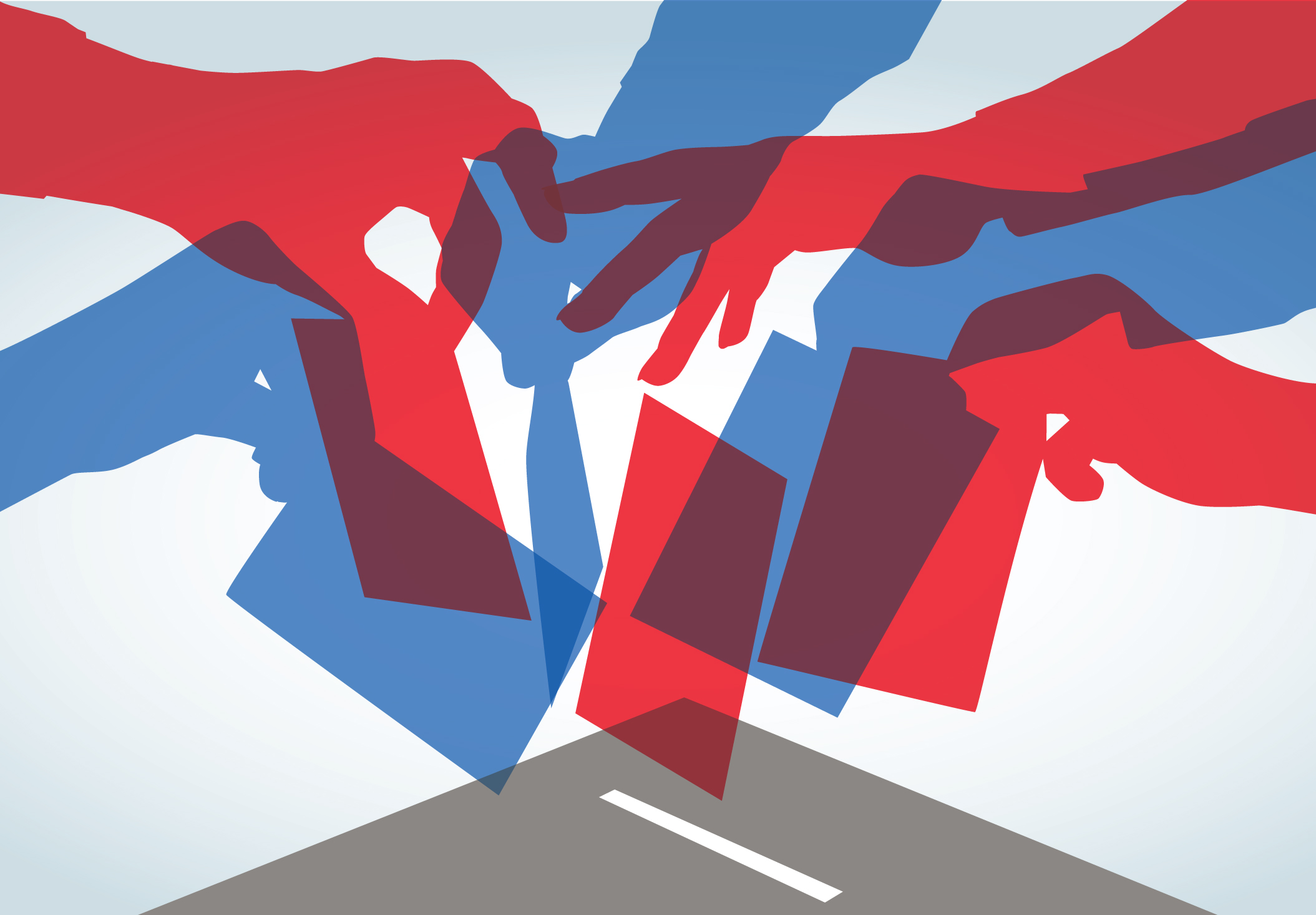 A new bill to significantly expand federal power over state elections is headed to the U.S. Senate, the latest in a traffic jam of controversial legislation to be decided on by Congress.

The U.S. House of Representatives passed the John Lewis Voting Rights Advancement Act, 219-212, along purely partisan lines. The bill would give the Department of Justice the power to seek out and challenge voting regulations in states that the federal agency deems discriminatory.

“Today the House has taken an important step in our continued struggle to keep the promise of our democracy alive!” Rep. Terri Sewell said in response to the vote. “The Senate must now act swiftly. We have no time to waste.”

Now, the legislation heads to the Senate, where few expect it can get the necessary 60 votes. Senate Republicans will likely raise the same concerns as their counterparts in the House, who argue the bill would push partisan rules under the guise of racial justice and would give control of local elections to the federal government.

“It is unsurprising that Speaker [Nancy] Pelosi would attempt to push through another partisan power grab aimed at instituting dangerous voting measures to solidify Democrat power in Washington,” said Rep. Elise Stefanik, R-N.Y. “Rather than working on bipartisan reforms to strengthen our election integrity, Pelosi would rather bypass a committee hearing, making her process void of any sense of transparency, to institute Democrats’ Far-Left agenda. I will continue to shine a light on this process and fight to strengthen our election integrity and security.”

More than a dozen Republican lawmakers sent a letter to Pelosi raising concerns about the loss of state sovereignty among other issues.

“This bill is yet another highly partisan bill. It masquerades as a cure to end racial discrimination, but instead centralizes election control in the federal government, essentially enacting the worst aspects of H.R. 1,” the members said. “At the very least, you should hold an open Committee hearing on this legislation prior to scheduling a vote so the American people’s representatives can debate it fairly and subject its dangerous provisions to greater scrutiny.”

The Republicans made clear they were still unhappy with the speaker’s previous election legislation earlier this year.

“This past March, you pushed through H.R. 1, the so-called ‘For the People Act,’ without any Republican involvement or support. In fact, this bill to fundamentally reshape elections in America was not even debated and marked up in its committees of jurisdiction,” the letter says. “H.R. 1 is a purely partisan, unconstitutional power grab that would codify some of these worst policies from the 2020 election, while opening the floodgates for almost anyone, including ineligible voters, to be counted in future elections. H.R. 1 would ban common-sense voter ID laws from being enacted, permit convicted non-citizens and felons to vote, give away taxpayer dollars to fund campaigns, and dramatically expand automatic voter registration – a giveaway to political operatives seeking to boost their ballot harvesting operations. Put simply, this bill is a disaster for election integrity.”

The voting legislation comes as Republican state legislatures around the country passed laws to shore up election security after controversy over the November election. Notably, several Texas Democrats fled their home state for Washington, D.C. to avoid voting on one of these laws. Now, that bill is expected to pass.

“The Texas GOP voting bill doesn’t affect legal voting rights at all,” said Rep. Louie Gohmert, R-Texas. “It is making sure that legal voters’ votes are not disenfranchised.”

Democrats in Texas, though, have called on Biden to get the federal law passed.

“To ensure free and fair elections in Texas and throughout the country, we need to pass the For the People Act and the John Lewis Voting Rights Act,” said former Democratic presidential primary candidate Beto O’Rourke. “We are counting on President Biden to use the power of his office to get this done.”

The voting bill comes after House Democrats agreed to take up the roughly $1 trillion infrastructure bill and the Senate’s $3.5 trillion after much tussling between Pelosi, D-California, and moderate House Democrats.

The $3.5 trillion plan has been further threatened by comments from Democratic senators who are unwilling to cover the bill’s high price tag.

“Proceedings in the U.S. House will have no impact on Kyrsten’s views about what is best for our country – including the fact that she will not support a budget reconciliation bill that costs $3.5 trillion,” John LaBombard, spokesman for Sen. Kyrsten Sinema, D-Arizona, told Politico.