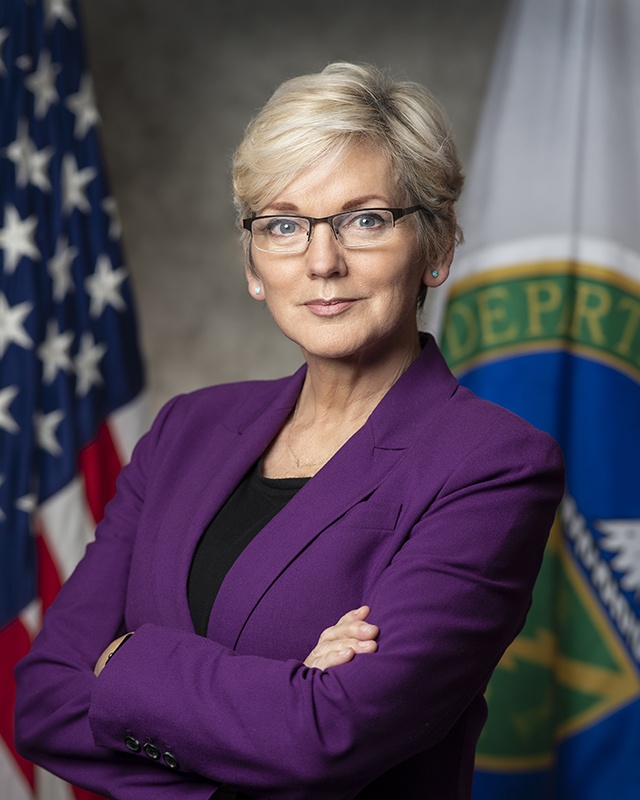 ALBUQUERQUE, N.M. (AP) — U.S. Energy Secretary Jennifer Granholm heard from industry officials Wednesday about what it will take to boost renewable energy development in New Mexico and across the nation as the Biden administration pushes its initiatives to reduce emissions and address climate change.

Granholm took notes during a roundtable discussion on her two-day swing through the Western state, saying she was “all ears” and planned to take what she learned back to the White House.

Developers and policy experts said without more transmission infrastructure and a cohesive grid, renewable energy will be stranded in remote spots like rural New Mexico and that opportunities for economic development will be hampered as a result.

He and others told Granholm about permitting bottlenecks that have slowed the development of major transmission projects in New Mexico. They said if the Biden administration wants to reach its climate and clean energy goals, the U.S. can’t afford to take decades to site and build transmission lines.

The New Mexico transmission authority has been working with developer Pattern Energy to build a major line to connect wind farms in the eastern part of the state to the grid. It’s almost complete, but officials said it required the approval of more than 430 easements from ranchers and other landowners to cross about 165 miles (265 kilometers).

The experts also told Granholm that while there are some helpful provisions in the multibillion-dollar infrastructure bill pending in Congress, tax incentives are a key driver for more development. Without more credits, Pattern Energy officials said developers won’t be able to double or triple capacity to meet the administration’s goals.

Granholm noted that the bill includes what the administration has described as a historic investment in transmission of about $60 billion. It also calls for more than $7.5 billion for infrastructure that would boost the use of electric vehicles and another $25 billion for clean energy demonstration projects.

Granholm earlier Wednesday toured businesses that are working on new energy technologies, from mobile hydrogen generators to cooling systems for nuclear reactors. She also visited a neighborhood on Albuquerque’s southeast side where homes are being upgraded to make them more energy efficient.

Granholm will be in the Farmington area Thursday, where communities are bracing for the eventual closure of two coal-fired power plants and the mines that feed them. The economic effects of lost revenue and jobs are expected to ripple throughout the region.

Labor leaders told Granholm on Wednesday that the transition away from fossil fuels has not been without its challenges for workers. They talked about the need for expanded training and partnerships with renewable energy companies.