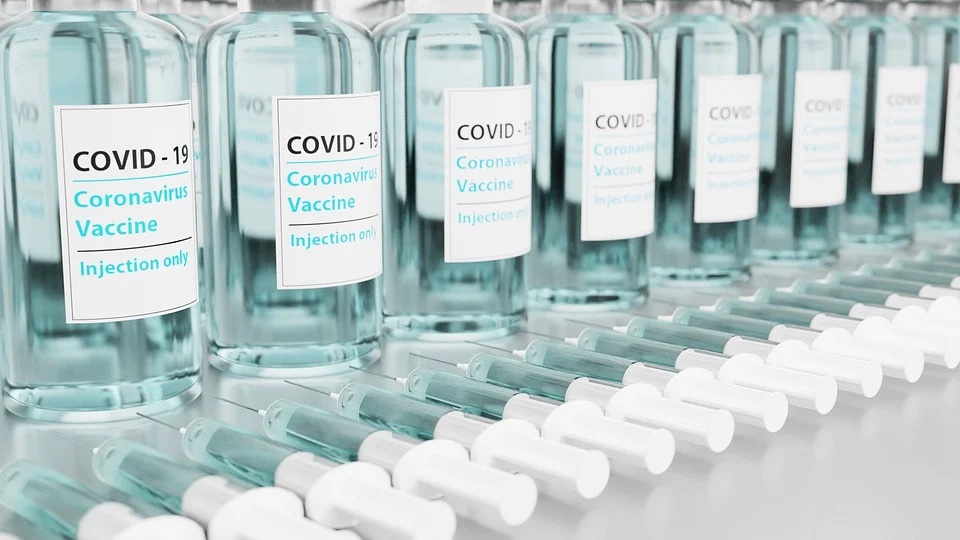 US employers ratchet up the pressure on the unvaccinated

NEW YORK (AP) — Employers are increasingly losing patience with unvaccinated workers. A growing number of businesses are requiring their employees to get vaccinated against COVID-19, alarmed by the rise of the more contagious delta variant and frustrated that vaccination rates in the U.S. have plateaued. Others are stopping short of a mandate while taking steps to make it more onerous for workers to remain unvaccinated, requiring them to take regular COVID tests or denying them certain privileges reserved only for the vaccinated.

WASHINGTON (AP) — The White House says that Centers for Disease Control and Prevention was “unable to find legal authority for a new, targeted eviction moratorium.” It asks that states and local governments put in policies to keep renters in their homes. Mass evictions could potentially worsen the recent spread of the COVID-19 delta variant. Roughly 1.4 million households told the Census Bureau they could “very likely” be evicted from their rentals in the next two months. But the Biden administration says it is unable to take action. But it also notes that state-level efforts to stop evictions would spare a third of the country from evictions over the next month.

US manufacturing expands again in July, but pace slows

WASHINGTON (AP) — Growth in U.S. manufacturing slowed for a second straight month in July amid ongoing supply-chain problems. The Institute for Supply Management, a trade group of purchasing managers, said Monday that its index of manufacturing activity declined by 1.1 percentage points to a reading of 59.5. Any reading above 50 indicates growth in the manufacturing sector. July was the 14th consecutive month manufacturing has grown after contracting in April 2020 when the coronavirus triggered nationwide business shutdowns.

SAN FRANCISCO (AP) — Twitter has signed deals with The Associated Press and Reuters to help elevate accurate information on its platform. Twitter said Monday that the program will expand its existing work to help explain why certain subjects are trending on the site, to show information and news from trusted resources and to debunk misinformation. Twitter said the news agencies will help ensure that credible information is available in real time around key conversations as they come up in real time, especially “where facts are in dispute” or when the company’s internal team doesn’t have the necessary expertise or access to enough reputable reporting.

Stocks end mixed after starting August off on a choppy note

NEW YORK (AP) — Stocks closed mixed on Wall Street Monday after a day of choppy trading. Investors were balancing unease about the spread of a more contagious coronavirus variant against another round of encouraging company earnings. The S&P 500 lost 0.2% It was slightly higher for much of the day before turning lower in the last half-hour of trading. Roughly 150 members of the index will report their results this week, and the July jobs report comes out on Friday. Square rose 10.2% after saying it would acquire the “buy now, pay later” company Afterpay for $29 billion. The yield on the 10-year Treasury fell to 1.17%.

WASHINGTON (AP) — The Treasury Department has unveiled plans to borrow $673 billion in the current quarter while employing emergency measures to keep the government from an unprecedented default on the national debt. The department said Monday that its plans for borrowing in the July-September period assume Congress will pass either a suspension of the current debt limit or an increase in the limit. The debt limit had been suspended for two years but has gone back into effect at the level where the debt stood on Sunday — $28.4 trillion. Treasury Secretary Janet Yellen announced a new round of measures to keep the government under the newly established debt limit. Those involve halting investments in some pension funds for government workers.

DALLAS (AP) — It’s summertime and airports are packed with vacationers again. And combined with bad weather popping up in places, that’s causing problems for the airlines. The U.S. set another pandemic-era record for travel on Sunday, with more than 2.2 million people going through airport checkpoints. That’s the biggest number in 17 months, although travel is still not quite back to pre-pandemic levels. The big crowds and summer thunderstorms are creating headaches for travelers, because thousands of flights a day are running late, and hundreds more are canceled. There are long lines at Spirit Airlines ticket counters in Orlando, Florida, after the discount airline canceled about one-third of its flights on Monday.

Zoom to pay $85M for privacy miscues at start of pandemic

SAN FRANCISCO (AP) — Zoom will pay $85 million to settle a lawsuit alleging that weak privacy controls opened too many peepholes into the personal information of users and that it was too easy for outsiders to disrupt video meetings during the early stages of the pandemic. The proposed agreement must still be approved by U.S. District Judge Lucy Koh. A hearing on the settlement is scheduled for Oct. 21 in San Jose, California. Millions of people in the U.S. who have used Zoom since March 31, 2020, could be eligible for a slice of the settlement that was reached over the weekend. The payment amounts are expected to average $34 or $35 for those who subscribed to Zoom’s paid version, and $11 or $12 for the overwhelming majority who used the free version, based on estimates in court documents.