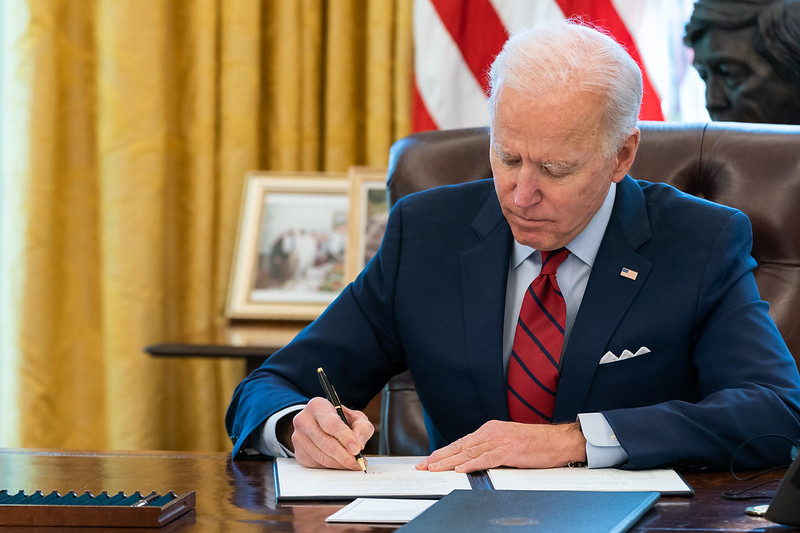 Tucked inside a July 9 executive order issued by President Joe Biden on competition is a hospital price transparency requirement first implemented by the Trump administration. Hospitals fought the Trump order twice in court and lost. Since then, the majority of hospitals nationwide have not complied with federal transparency guidelines and the U.S. Department of Health and Human Services’ CMS announced it would up the penalty for noncompliance to $2 million.

“Hospital price transparency helps Americans know what a hospital charges for the items and services they provide,” CMS said in a statement. “CMS takes seriously concerns it has heard from consumers that hospitals are not making clear, accessible pricing information available online, as they have been required to do since January 1, 2021.”

Because of noncompliance, CMS has proposed increasing the penalty for some hospitals of a minimum civil monetary penalty of $300/day depending on bed count, not to exceed a maximum daily penalty of $5,500. Under the new scheme, for a full calendar year of noncompliance, the minimum total penalty amount would be $109,500 per hospital, and the maximum total penalty amount would be $2,007,500 per hospital, CMS states.

According to a study published by the Medical Care Research and Review journal, 20% of hospitals are in compliance with transparency rules; a JAMA found that 80% are not.

A Texas Public Policy Foundation analysis of hospital price transparency maps hospital compliance by state on a color-coded map. It notes that Minnesota has the highest compliance rate in the U.S. of 82%, whereas Maine has the lowest.

“In addition to just ignoring the law, hospitals have been actively opposing the implementation of the rules,” David Balat, who leads TPPF’s healthcare initiative, says. “The hospitals claim they can’t endure the extra burden imposed by displaying their pricing information, however they apparently have no problem paying the $300 per day, or more than $109,000 per year, fine for noncompliance.

“The reality is they make a lot more money hiding prices from patients so they can impose arbitrary, inconsistent, and wildly varying prices. One analysis showed a wide range of prices for even the same procedure in the same hospital.”

The Trump rule clarified an ACA provision granting consumers the right to know prices, which was upheld by district and appellate courts last year. It requires hospitals to publish actual prices, including discounted cash and privately negotiated rates, so patients and employers can shop for the best prices prior to receiving care.

The rule took effect in January, and while some continued to fight it, the Biden administration is now requiring that the rule be enforced. Compliance should then follow, Cynthia A. Fisher, founder and chairman of PatientRightsAdvocate.org, argues.

Her organization submitted recommendations to HHS to increase enforcement efforts to ensure that hospitals comply.

Fisher told The Center Square, “The Department of Health and Human Services can immediately act to address widespread non-compliance among American hospitals with the price transparency rule. By taking commonsense steps, including requiring stricter and more significant penalties and enacting timely and robust enforcement, HHS can dramatically increase compliance rates and usher in a price transparent marketplace. When patients have easy access to real prices before care, they can shop for the best care at the best prices – just like consumers in any other economic sector.”

In Texas, the state legislature passed a bipartisan hospital price transparency bill, SB 1137, which Gov. Greg Abbott signed into law,. The Texas law increases penalties for hospital non-compliance, and also made compliance a condition of licensure.