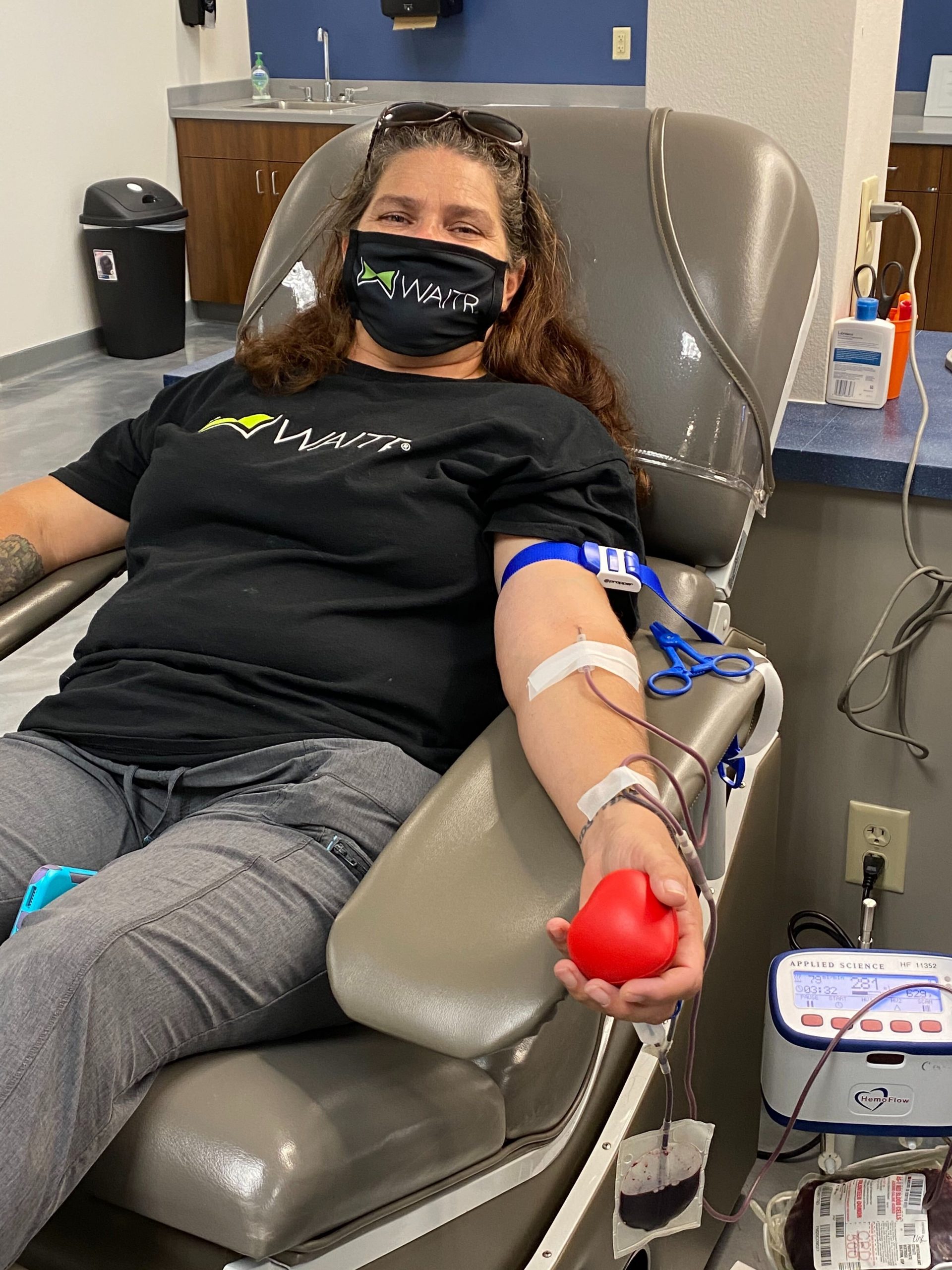 Shreveport, LA – LifeShare Blood Center and Waitr announced today this year’s United We Give blood drive brought over 1,800 donors breaking its all-time record. That total was also up 26% compared to last year’s campaign.

The three-day event, concluding on July 3rd, was conducted in multiple cities across the region including Shreveport, Bossier City and Texarkana. The record-breaking total was 1,867 – an increase of almost 400 donors from last years of 1,476. There were 670 donors in the ArkLaTex community – an increase of 46% over 2020.

This year’s donations were desperately needed as LifeShare’s inventory of blood was depleted even more this summer than usual, due largely to the pandemic plus the typical summer drop in blood donations. Local hospitals depend on blood supply quantities to be maintained at all times, prompting the urgency of the drive.

“The support for this event was greater than we could have possibly anticipated,” said Benjamin Prijatel, Executive Director of Blood Operations for LifeShare. “We would like to thank all of our sponsors, who helped make this event a success. But most of all, we would like to thank our volunteer blood donors, whose united efforts have helped ensure our community has the blood supply it needs.”

In addition to receiving a code for a free delivery from Waitr, each donor for this special three-day event received a LifeShare ‘United We Give, United We Live’ T-shirt and a free box combo from Raising Cane’s, the presenting sponsor.

Donors can redeem the free Waitr delivery code until August 31.