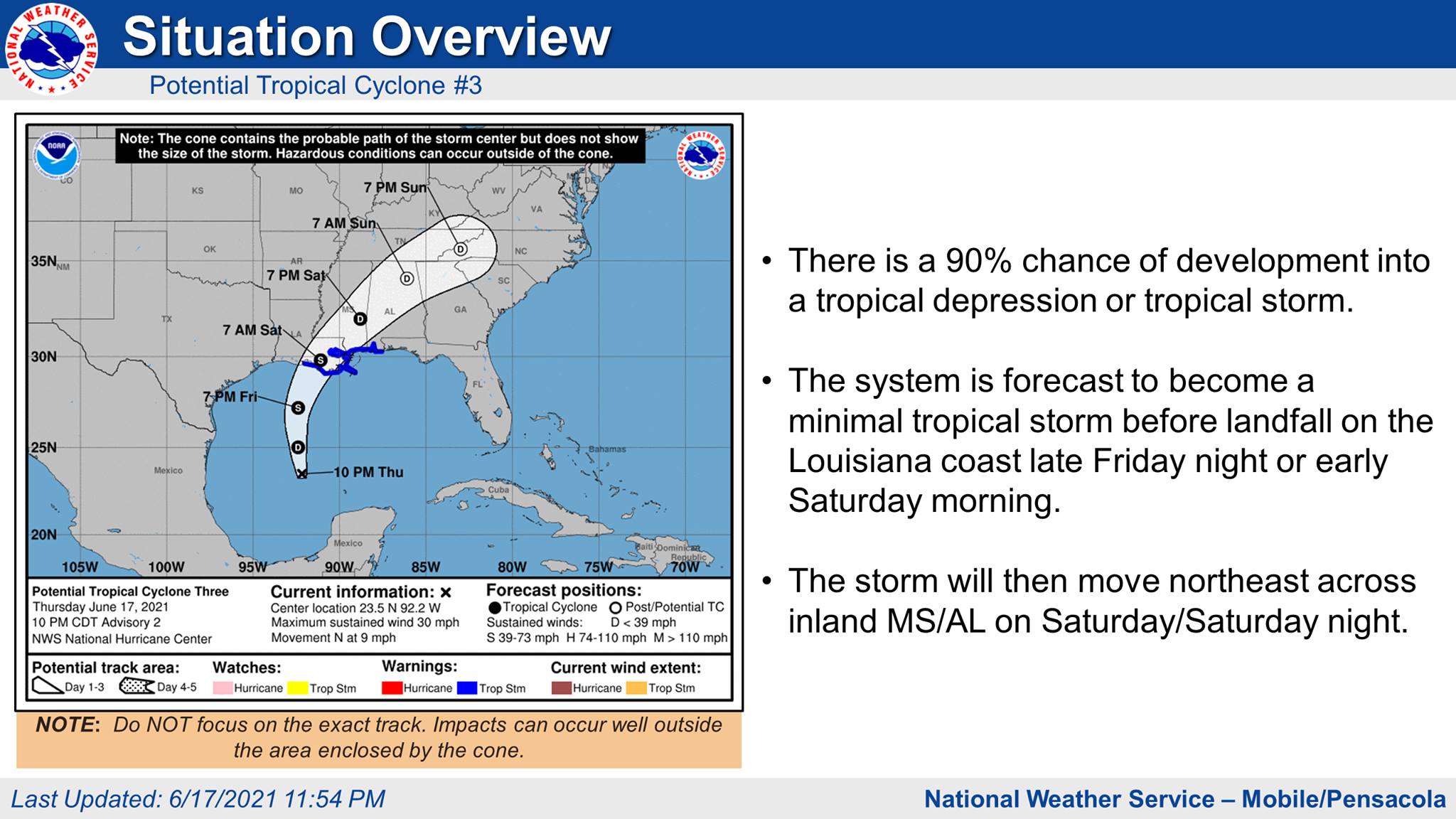 MIAMI (AP) — Forecasters predict a tropical system will bring heavy rain, storm surge and coastal flooding to the northern Gulf Coast as early as Friday and throughout the weekend.

A tropical storm warning was in effect for parts of Louisiana, Mississippi, Alabama and Florida — extending from Intracoastal City, Louisiana, to the Okaloosa-Walton County line in the Florida Panhandle, according to the National Hurricane Center in Miami.

The poorly organized disturbance was located Friday morning about 255 miles (410 kilometers) south of Morgan City, Louisiana, with maximum sustained winds of 35 mph (55 kph). It was moving north at 14 mph (22 kph).

Louisiana Gov. John Bel Edwards late Thursday issued a state of emergency due to the potential weather threats. The move is an administrative step that authorizes the use of state resources to aid in storm response efforts, the governor’s office said.

The system is expected to produce up to 8 inches (20 centimeters) of rain across the Yucatán Peninsula of Mexico, and up to 12 inches (30 centimeters) through the weekend along the central U.S. Gulf Coast.

The combination of storm surge and the tide will cause normally dry areas near the coast to be flooded by rising waters moving inland from the shoreline, the hurricane center said. The water could reach the heights of about 1-3 feet (30-91 centimeters).

The threat of heavy downpours reached far inland. More than 140 miles from the coast, organizers of a free Juneteenth festival in Selma, Alabama, cited the weather in postponing a daylong event that was supposed to include music, food and vendors on Saturday. It was moved to August, when it will recognize the signing of the Voting Rights Act in 1965.

There have already been two named storms during the 2021 Atlantic hurricane season. Meteorologists expect the season to be busy, but not as crazy as the record-breaking 2020 season.