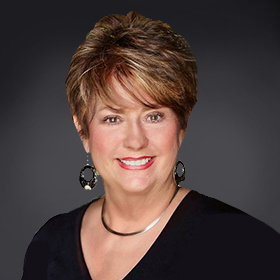 BATON ROUGE–Louisiana lawmakers gave final passage Thursday to a bill banning discrimination by state agencies based on an individual’s COVID-19 vaccination status, sending the bill to the governor’s desk.

The bill prohibits government agencies from refusing to issue licenses, permits and degrees to someone who has not been vaccinated against COVID-19.

The bill also prohibits state agencies from barring access to public facilities or colleges to anyone who has not received a COVID-19 vaccine.

The ban would remain in place until the COVID-19 vaccinations have received full authorization from the U.S. Federal Drug Administration.

Hundreds of LSU faculty members have called on the university to require students to get the vaccines before coming to campus in the fall. Vaccination rates in Louisiana lag behind those in most other states, and professors also would like to see the university maintain its mask mandate and reduce the number of students in each classroom to keep faculty members and students safe.

The Chronicle of Higher Education has reported that 488 college campuses plan to require students to get the vaccines. They include several private universities in Louisiana, including Tulane, Loyola, Xavier and Dillard, that are not subject to Edmonston’s bill.

It is not clear whether Gov. John Bel Edwards will veto the bill. LSU President Tom Galligan said university leaders speak to state officials about policies and concerns but does not lobby them.

Dr. Jim Henderson, president of the University of Louisiana system, said in an interview that he has asked the Board of Regents to work with the Louisiana Department of Health to prepare to add the COVID-19 vaccine to the list of mandatory immunizations once the FDA gives its final approval to some of the vaccines.

So far, the vaccines have been distributed under emergency use authorizations as the Trump and Biden administrations sought to bring the COVID-19 pandemic under control.

The Senate moved the bill to Edwards’ desk in a 21-1 vote. The bill would take effect during the next governor’s term.