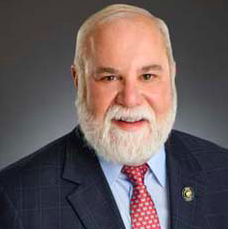 The tax overhaul will allow individual taxpayers and corporations to lower their income tax rates while giving up the right to deduct federal tax payments on their state returns.

Legislators backing the bills believe that the so-called “tax swap” would simplify the tax code without changing taxpayers’ balances significantly. Republican leaders expect the state to bring in roughly the same amount in tax dollars if the new laws are implemented, while other analysts suggest some short-term loss of revenue.

The bills, which were a major priority for Republican leaders, received final passage in the Senate just hours before the legislative session was due to expire. They will now move to Gov. John Bel Edwards’ desk.

If he approves them, they will be placed before the state’s voters in October.

The three bills joined four other bills that lawmakers had passed earlier in a sweeping effort that Republicans leaders pitched as making the state more attractive to businesses and investment.

The bills were not without opposition, with Sen. Karen Carter Peterson D-New Orleans, speaking out against one of the bills, SB159 by Sen. Bret Allain, R-Franklin, which reduced the maximum allowable personal income tax rate from 6 percent to 4.75 percent.

“The problem that I have with the bill is that it goes into the Constitution,” Peterson said. “This is appropriate for statutory law but not Constitutional law. Every time we ever want to touch the income tax rate again, we have to go back, pass it in the Legislature and pass it again with the people. I think that this is a bad policy decision for the state.”

Allain spearheaded much of the tax overhaul and defended the final passage of SB159 in response to Peterson’s dissent.

“To be clear, we are setting a ceiling, and we did leave ourselves some headroom,” Allain said. “The public will have assurance that the rates won’t go above a certain amount. I think it is reasonable. It was asked for.”

Following Peterson and Allain’s remarks, the bill passed in the Senate 34-3.

Lawmakers have said that the removal of the federal tax deductions would give the state greater stability in tax collections, which would no longer fluctuate with changes in federal tax rates.

Louisiana citizens will have the chance to add these bills to the Constitution on October 9, barring a veto from Edwards. He has said that he was willing to consider them as long as they did not cause the state to lose much revenue.