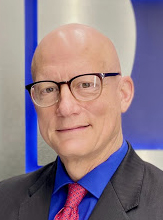 Quietly, the horse-drawn caisson carries an American hero to the hallowed ground into which his body will be interned.  An honor guard, comprised of fellow warriors, understands the bond that only another warrior can truly know.  These impeccable professionals embrace a comradery forged in the crucible of combat that transcends ethnicity, race, religion or any other label by which those blinded by selfish pride arrogantly use to discriminate against another human being.  They understand they have sworn an oath to “support and defend the Constitution of the United States against all enemies foreign and domestic.”  They all have families they love, yet in the heat of battle, they will give all for their buddies.

American history is replete with stories of self-sacrifice: an infantryman jumps on a grenade or runs into a hail of gunfire to save his buddy; sailors giving up their life jackets to save others on a sinking vessel; pilots attempting to land an impossibly damaged aircraft as they desperately hope to save those too wounded to bail out.

Throughout our 245-year history, American citizens have risen to the occasion to defend the God-given freedoms we cherish.  They fully grasp Jesus’ teaching as recorded in the Gospel of John 15:14 “Greater love hath no man than this that a man lay down his life for his friends.”

Thomas Jefferson, the primary author of the Declaration of Independence and the nation’s third President offered some thoughts which 21st century Americans would do well to consider:

“The price of freedom is eternal vigilance.”  Jefferson issued both a challenge and a warning in that simple statement.  In modern parlance, we say freedom is not free, but do American citizens today really understand this concept?  Jefferson also told us, “The tree of liberty must be refreshed from time to time with the blood of patriots and tyrants.”  In other words, if we are to continue to enjoy precious freedom, we MUST be prepared to shed blood in its defense.

Who then has shouldered the incredible burden of freedom’s defense?  In his farewell speech to the Corps of Cadets at West Point on May 12, 1962, General Douglas MacArthur stated, “The soldier above all other people prays for peace, for he must suffer and bear the deepest wounds and scars of war.”

Nearing the half-way point of 2021, threats to the United States abound.  Americans must pause and reflect that the freedoms we enjoy are guaranteed by a check written in blood by fallen American warriors whom we honor on Memorial Day.  Let us put aside our differences and recognize that people – real people – died to secure our way of life.  Let us honor our fallen warriors. As Abraham Lincoln concluded in his Gettysburg Address of November 18, 1863, “….we here highly resolve that these dead shall not have died in vain—that this nation, under God, shall have a new birth of freedom, and that government of the people, by the people, for the people, shall not perish from the earth.”