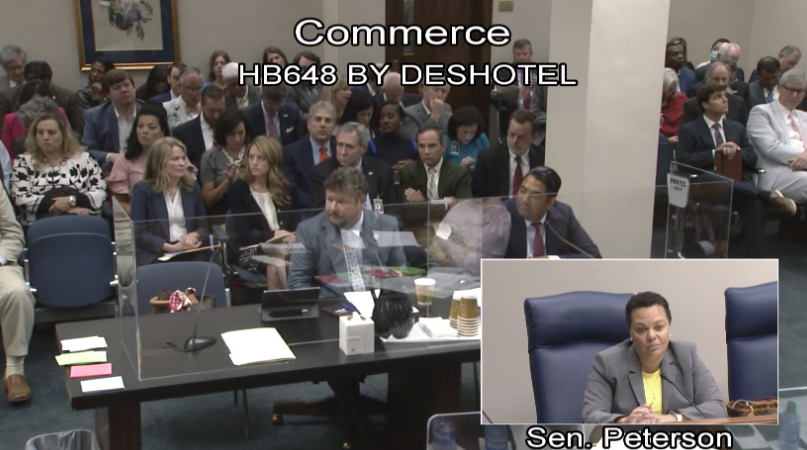 BATON ROUGE–A bill that would establish a grant program to create broadband access in communities around the state passed through a Senate committee on Wednesday.

The Granting Unserved Municipalities Broadband Opportunities (GUMBO) program would use over $180 million in federal funds to provide broadband and internet access to 400,000 households in Louisiana.

Private and public service providers would apply to the GUMBO program to receive funding for the creation of broadband infrastructure in unserved communities around the state.

In the past year, the Louisiana Legislature created the Louisiana Office of Broadband and Connectivity as well as provided tax-exemptions on broadband equipment and supplies.

Veneeth Iyengar, the director of the Office of Broadband and Connectivity, said that the digital divide is broken up into three gaps: access, affordability and digital literacy. He said some parts of the state have different needs when it comes to those gaps.

The FCC released the Emergency Broadband Benefit Fund in early May, and it will give eligible low-income households stipends for monthly internet fees.

This bill, House Bill 648, coincides with House bill 465 by Rep. Mike Johnson’s, R-Pineville, which would allow the Office of Broadband and Connectivity to oversee the leasing of the 4.9 GHz band. Last year, the Federal Communications Commission (FCC) allocated each state a portion of the 4.9 GHz spectrum to be leased to third-parties.

Johnson’s bill would create a system to lease the spectrum to businesses and third parties.
Deshotel’s bill would allocate funding to service providers that would not normally build broadband infrastructure in certain parts of the state.

Sen. Karen Carter Peterson, D-New Orleans, expressed her concerns that Black residents in the state would be left out of receiving the broadband and internet access. Deshotel said his bill will allow service providers to “go into places where they would normally not get a return on investment.”

“Together, we showed our commitment to Louisiana residents to compete in the digital economy,” he said.

Multiple speakers in support of the bill said that this round of federal funding is the most money the state will ever receive for broadband, which makes the bill’s passage more imperative.

The bill passed through the committee without opposition and will now move to the Senate floor for debate.