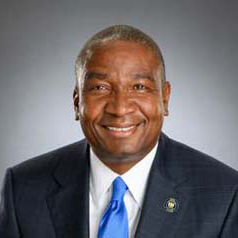 Senate Concurrent Resolution 18 was sponsored by Sen. Cleo Fields, D-Baton Rouge, and had passed unanimously in the Senate.

But it prompted some disagreement in the House, mainly over questions of local control.

“I think the local school boards and local district should make decisions on this, not someone in Baton Rouge, so I cannot support this.” said Rep. Larry Bagley, R-Stonewall.

House Concurrent Resolution 11, sponsored by Rep. Jason Hughes, D-New Orleans, requests that the Louisiana State Board of Elementary and Secondary Education to develop a plan to provide literacy coaches for students reading below grade level in grades K-2.

It is similar to Sen. Sharon Hewitt’s, R-Slidell, Senate Bill 222 to require literary assessments in grades K-3. The assessments would determine students reading below, at or above grade level.