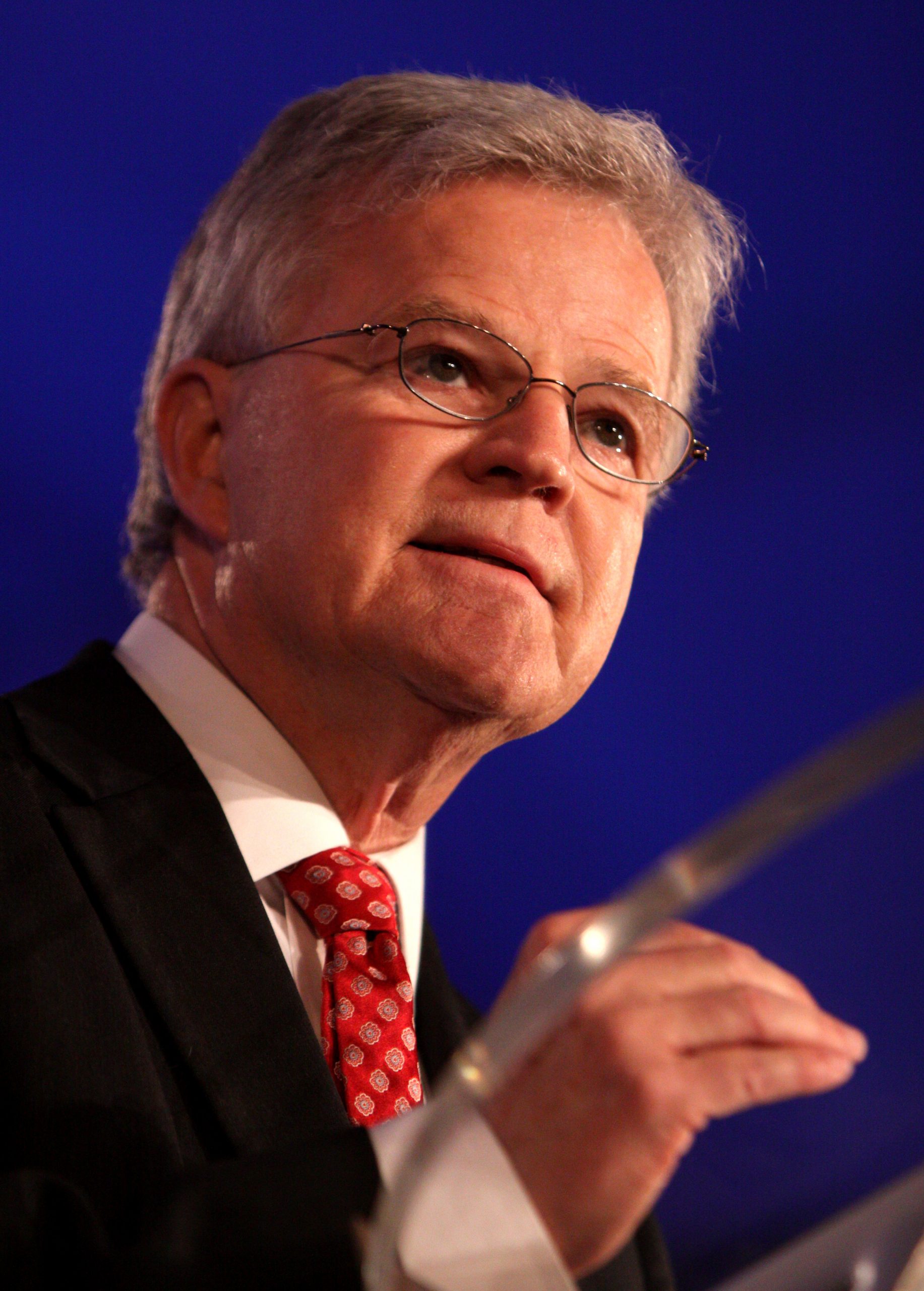 His son, Chas Roemer, said the former governor died peacefully at his home in Baton Rouge after a long battle with diabetes. He was surrounded by family, Chas Roemer said.

Roemer never held office again after he finished third in the 1991 race. He came in behind Edwin Edwards, who was making a comeback bid after losing the governorship to Roemer four years earlier, and David Duke, the ex-Ku Klux Klan leader. Edwards trounced Duke in the ensuing runoff, winning a fourth term.

Roemer, who became a banker in private life, ran unsuccessfully for governor again in 1994. He also briefly ran a campaign for the presidency in 2012, railing against special interest politics in a little-noticed effort.

Married three times (his second marriage ended while he was governor) Roemer kept a lower public profile after suffering a stroke in 2014.

“Louisiana weeps. Buddy was one of the most interesting people I have ever met,” U.S. Sen. John Kennedy said in a statement. “He was immeasurably talented. All he ever wanted to do was make Louisiana better, and he did. That meant making the right people mad, but he understood that. When I count my blessings, I count Buddy twice.”

He was born Charles Elson Roemer III, and grew up on his family’s cotton plantation, Scopena, in north Louisiana’s Bossier Parish. He learned politics from his father, Charles E. Roemer II, who served as Edwards’ chief budget officer in the 1970s.

Elected to the U.S. House in 1980, Roemer forged a reputation as one of the “Boll Weevils” — conservative Southern Democrats who helped President Ronald Reagan pass legislation.

But no political label quite fit Roemer, whose north-Louisiana drawl belied his Ivy league education. Although he was reared in a politically active family and elected to four congressional terms, he ran for governor in 1987 as an outsider, railing against special interests and bureaucracy.

His campaign, dubbed the “Roemer Revolution,” was perhaps best remembered for his vows to “scrub the budget” and “brick up the top three floors” of the Department of Education building.

He ended up ousting Edwards, whose third term had been marred by a sinking state economy and federal trials in which he was acquitted but politically damaged.

Once elected, Roemer found the political going rough, perhaps in part due to his reputation for abrasiveness, which followed him from Congress to the Governor’s Mansion.

“I did step on a lot of toes but frankly all the toes were hanging out there naked. They needed it,” he said in a 1992 interview with The Associated Press.

There were some successes, including passage of campaign contribution limits he had supported. He also signed into law a bill bringing riverboat casino gambling to the tourism-dependent state.

But, in the spring of 1989, voters defeated what would have been his hallmark initiative: a proposed constitutional amendment that would have resulted in a radical overhaul of the state tax structure, shifting the tax burden from business to individuals. The plan also included a $1.4 billion program to improve highways, airports and shipping ports that would have been funded by a gasoline tax increase of 4 cents a gallon.

Opponents blasted the plan as a needless tax hike. Duke, the former Klansman who had won a state legislative seat in suburban New Orleans as a Republican, rode opposition to the plan to statewide popularity that would help him gain a foothold in the governor’s race two years later.

Then, there were the state Legislature’s often highly emotional debates over abortion, which took place as socially conservative Southern politicians hoped changes at the Supreme Court might result in the overturning of the Roe v. Wade decision.

Roemer declared himself an opponent of legal abortion, but his vetoes of tough anti-abortion bills drew anger from social conservatives. Roemer insisted on stronger exceptions for rape and incest victims and he wanted abortions allowed in cases of severe fetal deformities. Lawmakers overrode his 1991 veto — the first time a Louisiana governor suffered such a fate in the 20th century. The law was later ruled unconstitutional.

Duke, running as a Republican, and Edwards, a lifelong Democrat, each had strong, committed bases when they ran in the 1991 governor’s race. Roemer switched parties that year and had support from Republican President George H.W. Bush, but finished third in the state’s non-partisan primary. In the runoff, Edwards, despite a political lifetime of scandal, easily defeated the ex-Klansman in the colorful race. One Edwards bumper sticker read: “Vote for the crook. It’s important.”

Roemer would run again in 1994 but that race ultimately was won by businessman and state Sen. Mike Foster — another Democrat-turned Republican.

Roemer briefly re-entered the campaign scene when he made an unsuccessful run for the presidency in 2012, first as a Republican, then as a third-party candidate. He dropped out when his largely unnoticed campaign fell apart after 17 months, with Roemer never polling above single digits, not allowed to participate in major TV debates and unable to get on the ballot in all states.

At a December 2012 event with other former Louisiana governors, Roemer described inheriting a state on the threshold of collapse in 1988, teetering near bankruptcy, with high unemployment and the nation’s lowest bond rating.

“I would go home at night — and I’ve never said this publicly — and I would sit on the edge of my bed crying, after another 17-hour day,” he said.

Then, he joked that when he lost his re-election bid to Edwards, “I got back in that same bed and smiled.”