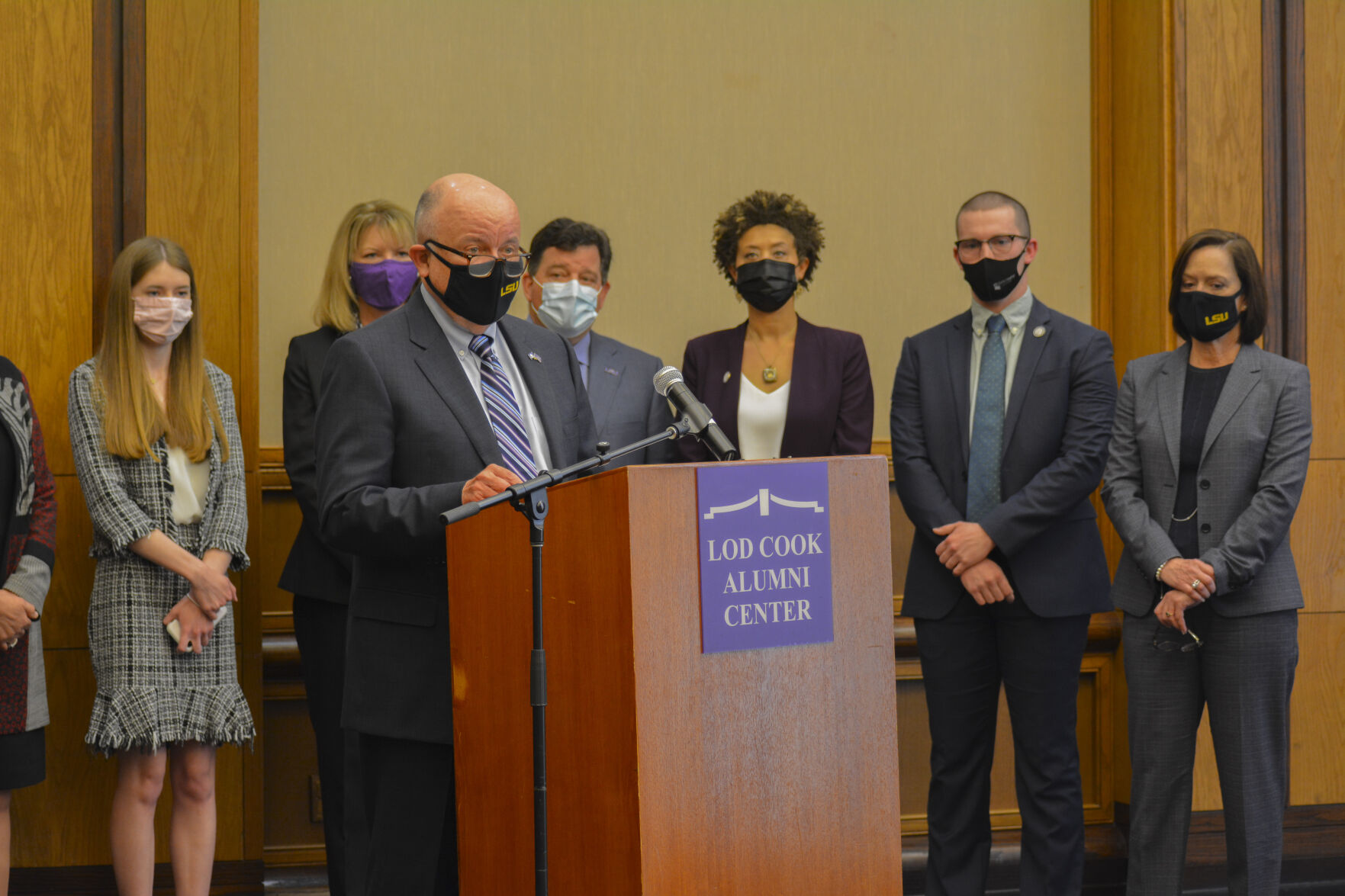 Two professors are asking LSU’s Faculty Senate to call on the university to require its 34,000
students in Baton Rouge to receive COVID-19 vaccinations before returning to campus for in-
person classes next fall.

The Faculty Senate will discuss the resolution on Thursday afternoon. It calls on LSU to add the
COVID-19 vaccine to a list of mandatory immunizations for students that includes vaccinations
for measles, mumps and other diseases or to implement a COVID vaccine requirement through
other means.

In the resolution, the professors, Inessa Bazayev and Tara Houston, who teach in the College of
Music and Dramatic Arts, cited the growing number of universities around the country — now at
52 — that are requiring vaccines, and they assert that numerous LSU faculty members have
expressed support for the requirement.

A copy of the resolution was released Tuesday, a day after Interim LSU President Tom Galligan
announced that the school could not require vaccinations given that federal regulators approved
the COVID vaccines for emergency use without completing full safety investigations.

Dr. Jim Henderson, president of the University of Louisiana System, cited the same reason in
saying that he did not plan to require vaccinations before students return in the fall.

Galligan and Henderson both said they were strongly encouraging the tens of thousands of
students in their systems to get the COVID vaccines and that they were considering other
precautions like requiring masks or COVID testing.

The Louisiana Legislature and the Louisiana Department of Health normally set vaccine
requirements, and neither has mandated vaccination for COVID-19.

The Legislature is controlled by Republicans, including some who are skeptical of the vaccines.
Rep. Tanner Magee of Houma, the second-ranking Republican in the House, said that he did not
see any chance that lawmakers would approve a mandate.

Fifty-two colleges around the country have announced plans to require all students to be
vaccinated before they return in the fall, according to the Chronicle of Higher Education. They
include some of the biggest-name private schools like Yale, Columbia, Cornell, Brown, Notre
Dame and Johns Hopkins as well as Xavier University in New Orleans.

Rutgers, New Jersey’s flagship state university, and two smaller schools are the only public
universities on the list so far.

Officials at some of the 46 universities that plan to require vaccines have said that they believe
the dangers posed by new COVID variants and a further spread of the disease supersede any
concerns about the shortened vaccine approval process.

Data from across the country also shows that coronavirus infection rates have been higher in
many college towns than in areas without colleges.

Lawyers say the issue of whether schools can mandate the vaccine is likely to be decided in
courts.

Louisiana requires university students to have had several types of immunizations–also
including for rubella, tetanus, diphtheria, meningococcus–before they enroll, though students
can request waivers for religious and other reasons.

Dr. Bazayev is an associate professor of music theory and has taught at LSU since 2009. Ms.
Houston is an assistant professor of scenic design.

Their resolution cited medical ethicists who have argued the vaccinations for students taking in-
person classes should be mandatory to protect faculty and staff members and other students.

“I think my resolution speaks for itself,” Dr. Bazayev said in a brief interview.

Galligan said Monday that more than 10,000 LSU students and employees have received
COVID-19 vaccines. But LSU’s main campus in Baton Rouge has a record 34,290 students this
year, and the LSU System has 20,000 additional students on other campuses in cities like
Shreveport and Eunice.

While students are expected to be back on campus for mostly in-person classes, Galligan said in
the interview that the school would allow faculty members who are worried about their own
health to teach their courses online in the fall.

He said in a follow-up interview that the university’s human resources department will decide on
each faculty member’s request based on his or her medical conditions.

Dr. Henderson, the UL System president, said he would talk on Tuesday to the presidents of the
universities in his system about setting rules for possible exemptions for faculty members who
want to teach online in the fall.

The University of Louisiana System has almost 92,000 students on nine campuses around the
state. Dr. Henderson said the UL System expects about 70-80% of its population to be
vaccinated by the fall.

Dr. Donna Gauthier, the executive officer of the University of Louisiana at Lafayette Faculty
Senate, did not respond immediately to an email seeking comment.