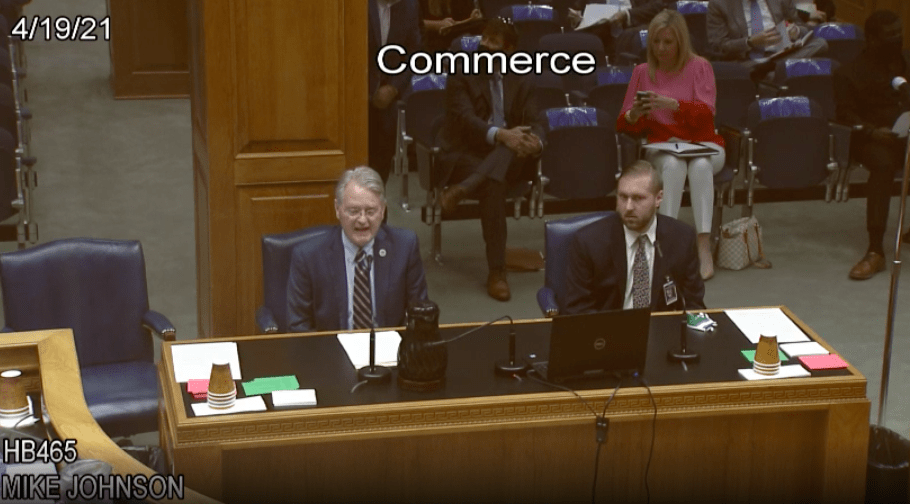 The House Commerce Committee advanced a bill Monday that designates the state’s newly created Office of Broadband to oversee the auctioning of parts of the 4.9GHz band in Louisiana.

“This is an opportunity that you nor I can afford to miss for our citizens, and we have sought and will continue to seek ways to try and find ways to make this perfect,” said the bill’s author, Rep. Mike Johnson, R-Rapides.

Last year, the Federal Communications Commission allowed each state to lease some of the 4.9GHz spectrum for businesses and consumers to encourage greater broadband use.

The Louisiana Legislature created a 4.9 GHz Spectrum Task Force to recommend how to auction off the spectrum. The task force met with stakeholders around the state, specifically public safety agencies that have been the main users of the spectrum in some areas.

The task force delivered a unanimous report to the Legislature recommending that the 21 parishes using the spectrum for public safety measures talk to state officials about how much they are utilizing it.

The report also recommended that 10% of the allocated 50 megahertz remain available for public safety use during emergencies, while the remaining spectrum would be auctioned off in 10 megahertz blocks to businesses and internet service providers.

There would be a three-year trial period that could be extended for two more years.

Johnson’s bill, HB 465, closely follows the recommendations. But many representatives on the House Commerce Committee requested amendments that would add their districts to the list of parishes exempt from the auction while they sought to understand how much of the spectrum is being used for public safety.

Rep. Johnson responded with frustration, stating that the task force spent months allowing for stakeholders to express their concerns but concerns were still coming up on the morning of the committee hearing.

Rep. Edmond Jordan, D-Baton Rouge and Rep. Debbie Villio, R-Kenner, agreed to wait to talk with Rep. Johnson about their amendments when the bill gets to the House floor.

“This is not an us-versus-them mentality,” Johnson said about public safety stakeholders expressing their concerns about the auction of the spectrum. He said the bill would grandfather in the allocations set aside for public safety usage.

Ray Sabourin, Nokia’s head of business development for private wireless enterprise focusing on emerging markets, testified in favor of the bill, stating that it could help ease the digital divide – the term for the lack of access to the internet faced by many poor people and rural residents.

He also said that auctioning the spectrum would benefit the public safety ecosystem rather than hurt it because it would create more usage of the 4.9 GHz, therefore creating better devices for the spectrum and lower prices.

HB 465 will move to the House floor for debate.