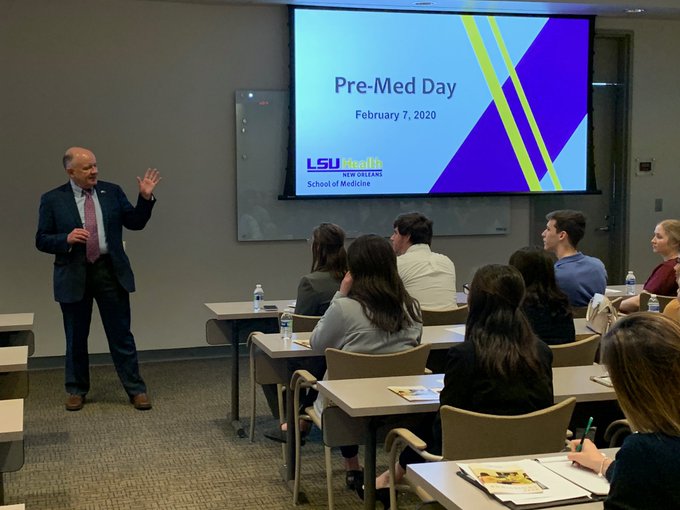 By Adrian Dubose | LSU Manship School News Service
Louisiana’s higher education officials are encouraging tens of thousands of
students to get COVID-19 vaccines before returning for in-person instruction next fall, but they
do not plan to require it.

LSU Interim President Tom Galligan released a statement late Monday saying that the school
could not require vaccinations given that federal regulators approved the vaccines for emergency
use without completing full safety investigations.

Dr. Jim Henderson, president of the University of Louisiana System, cited the same reason in
saying that he did not plan to require vaccinations before students return in the fall.

The universities in Louisiana are making their decisions amid a growing national debate about
whether colleges can or should force students, faculty members and staff to be vaccinated.
Forty-six universities around the country have announced plans to require all students to be
vaccinated before they return in the fall, according to the Chronicle of Higher Education. They
include some of the biggest-name private schools like Yale, Columbia, Cornell, Brown, Notre
Dame and Johns Hopkins as well as Xavier University in New Orleans.

Rutgers, New Jersey’s flagship state university, and two smaller schools are the only public
universities on the list so far.

Henderson said that trying to require COVID vaccines given how quickly federal regulators
approved them to try to bring the pandemic under control.

“Mandating fully authorized vaccines is difficult,” Henderson said in an interview. And with the
COVID vaccines, “We are still learning about the long-term efficacy.”

“We will work diligently to influence as many as possible to be vaccinated, then work with
public health partners on additional safeguards,” he said, noting that a state mask mandate
remains in place.

Galligan said LSU officials were encouraged that more than 10,000 students and employees had
already gotten the vaccine, and he strongly urging the others to do so before the fall to provide a
safer campus.

LSU has more than 34,000 students on its main Baton Rouge campus and branches with
thousands of other students in other cities.

The Louisiana Legislature requires university students to show proof that they have been
immunized for diseases like for measles and meningitis before they enroll, though students can
request waivers for religious and other reasons.

“No, it won’t happen,” said Rep. Tanner Magee of Houma, the second-ranking Republican in the
Louisiana House. “The political climate right now with vaccines, just the hysteria around it,
won’t allow for any sort of mandate,” he said in an interview.

In distributing the vaccines, he added, “We honestly have some legislators who think that we
really are implanting 5G chips into people.”

The Louisiana Department of Health has not mandated that Louisiana residents take the vaccine,
and public universities follow health guidelines from the Health Department, Galligan said in an
interview.

He said the LSU Board of Supervisors discussed a vaccine requirement but was not interested in
going ahead without a mandate from the Health Department and given that the U.S. Food and
Drug Administration had “shortened its normal approval processes” to deal with the health
emergency posed by the pandemic.

“So because of that, I think we all feel more uncomfortable mandating,” Galligan said.

While students are expected to be back on campus for mostly in-person classes, Galligan said in
the interview that the school would allow faculty members who are worried about their own
health to teach their courses online in the fall.

Officials at some of the 46 universities that plan to require vaccines have said that they believe
the dangers posed by new COVID variants and a further spread of the disease supersede any
concerns about the shortened vaccine approval process.

Lawyers say this issue of whether schools can mandate the vaccine is likely to be decided in
courts.

Louisiana’s universities have been holding COVID-19 vaccination events to help more students,
faculty, and staff get vaccinated. They hope to reach herd immunity, as that would allow them to
lessen health restrictions in classrooms, athletic events, and dorms.

Henderson said the UL System expects about 70-80% of its population to be vaccinated by the
fall.

A recent survey by researchers at LSU found that 43% of Republicans in Louisiana plan to
refuse to take the vaccine. Thirteen percent of Democrats also said they did not plan to get the
vaccine, and together, those hesitant to take a vaccine total 32% of the state’s population.
The dean of the LSU School of Dentistry recently mandated COVID vaccinations for the fall but
then backtracked after protests. He decided instead that anyone without a vaccine would have to
wear a mask.

Galligan said he believes in the vaccines’ level of protection and that there are good reasons for
everyone to take the vaccine no matter their political affiliation.

“We’ll look at mask orders or additional testing possibly,” Galligan said. “That’s one of the
things that I think the dental school is looking at, and you know, maybe the best kind of positive
pressure is peer pressure and ‘just get vaccinated, you’ll be safer.’

“The indications of any side effects are incredibly minor for the level of protection you get,” he
added. “It’s phenomenal. So all of those to me are really, really good reasons to get vaccinated.

Whether you’re a Republican or Democrat, a communist or an autocrat, you ought to get
vaccinated.”

Universities have mostly received Moderna and Pfizer doses, and every university has paused the
use of the Johnson & Johnson vaccine ever since regulators recommended a halt after reports of
several people experiencing blood clots.

Henderson said that “based on what we currently know and the way our understanding is
progressing, our environments will be safe. The circumstances are dynamic, though, and we have
to be prepared to adapt. Any request for accommodation with a rational basis should be
considered.”