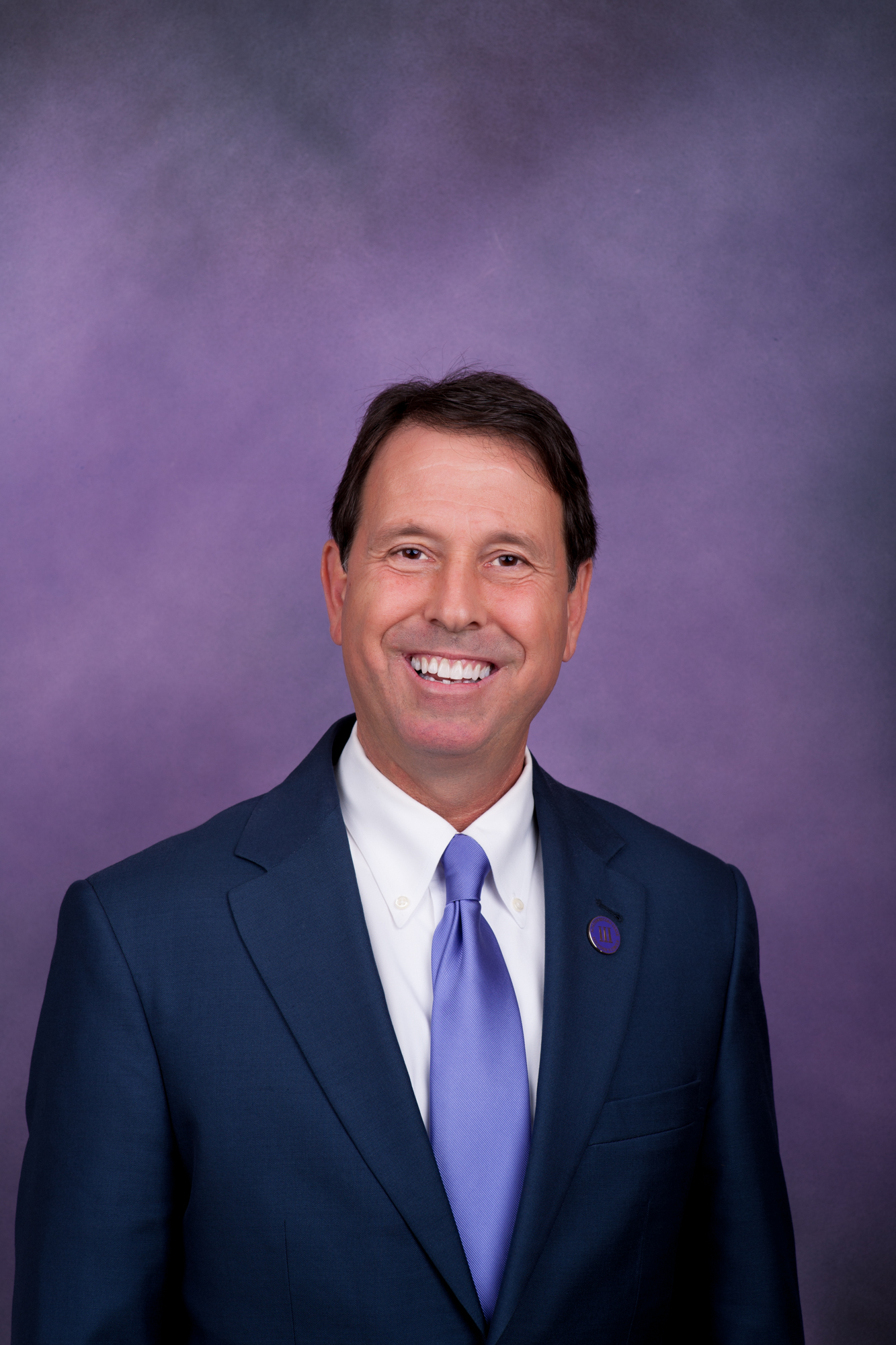 Northwestern State president Dr. Chris Maggio announced Friday that he will retire from the university effective July 1, 2021. He has served as president since January of 2017 and has been a member of NSU’s faculty, staff and administration for 33 years.

“This is a decision that was made during prayerful deliberation with my family and was based entirely on considerations of our family’s future plans and aspirations. There has been no pressure or even the slightest nudge from anyone for me to step down from the presidency,” Maggio stated.

He said, “As gratifying as it has been to work over the years in athletics, recruitment and enrollment management, alumni and development, student affairs and as a vice-president and president, those responsibilities have necessitated extensive time away from my family.”

He said retirement from the university “will allow me to spend more time with family and friends and to explore new opportunities for serving others in education or related areas.”

Dr. Jim Henderson, president of the University of Louisiana System that governs NSU, said, “Dr. Maggio has served Northwestern passionately over the past four years, and the progress and accomplishments of the school reflect his effective leadership and dedication to his alma mater and mine.”

Henderson, who preceded Maggio as president of NSU, stated, “All of us who care deeply about Northwestern are indebted to Chris for his major contributions to the university, especially in such a difficult period, and we wish him well in retirement and the next phase of his life.”

The University of Louisiana System Board of Supervisors “will begin immediately developing the process to assure a successful transition of leadership at NSU in the weeks ahead,” Henderson said.

Northwestern reached a record enrollment of 11,447 last fall under Maggio’s leadership to become the third largest university in the nine-school University of Louisiana System.

The four highest enrollments in NSU history have been during Maggio’s tenure as president, and the university’s economic impact on the region has climbed to an all-time high of $428 million.

Academic offerings have been enhanced and expanded during his presidency, private funding is the highest in history, facilities and infrastructure have been upgraded, and the university has provided increased support for student services and activities, athletics, creative and performing arts and other programs.

Maggio guided Northwestern through one of the most challenging periods in its 137-year history when the school transitioned last spring to predominantly online classes and academic programs early in the COVID-19 pandemic. NSU has returned to in-person classes and more normal operations but continues to serve students through online and hybrid class delivery.

Maggio expressed appreciation “to an incomparable, world class faculty and staff for the growth, stability and success of the university in recent years. Northwestern is fortunate to have such highly qualified and effective professors and staff members. They are the very heart and soul of the university.”

Northwestern has received during Maggio’s presidency initial funding for a major new $35 million academic building to replace Kyser Hall. There have also been substantial renovations to the A.A. Fredericks Fine Arts Building lobby and auditorium.

The Student Union has been refurbished and now includes new meeting areas, a state-of-the-art esports venue and a Steak ‘n Shake Restaurant.

Maggio provided the momentum for a new Campus Marketplace adjacent to the campus that includes an expanded university bookstore and a Chick-fil-A Restaurant.

There have been numerous other improvements to buildings, roads and other facilities at NSU campuses in Natchitoches, Shreveport, Leesville and Alexandria during Maggio’s tenure.

Expanded academic programs include the master’s degree in Computer Information Systems, a concentration in Nurse Anesthesia in the Doctor of Nursing Practice Program that is awaiting final approval and a certificate program in remote systems science and technology.

NSU has also established in the past four years a Bachelor of Fine Arts Degree in Dance and a Computer Information Sciences concentration in Cyber Security.

To help meet the critical shortage of nurses and health care personnel, the university established the BS to BSN accelerated program in nursing and the Military Medic-Paramedic to ASN program. NSU has also established a Nursing Clinical program on the Natchitoches campus to accommodate students involved in band, athletics and other activities.

Private support for the university has increased substantially since Maggio has been president. Endowments have grown from $30 million to $45 million with 25 new endowed professorships and first generation scholarships. Contributions to the NSU Foundation have exceeded $22 million since 2016. Revenues for grant programs and private support for athletics have also grown over the past four years.

During his term as president, Maggio worked to establish mutually beneficial partnerships with governmental entities, private foundations, schools and educational organizations and other groups.

The Flavor of Louisiana partnership with the lieutenant governor’s office and Louisiana Seafood Board created a showcase for culinary arts and hospitality students and generated more than $200,000 in revenues for scholarships and other programs.

A partnership with the Entrepreneurial Accelerator Program at the Biomedical Research Foundation helped create the Inferno Pitch entrepreneurial and business competition for students at the university.

NSU has cooperated with community colleges in the region and area manufacturers to help address regional workforce needs and continues to host Boys and Girls State programs on campus in cooperation with the American Legion and American Legion Auxiliary.

Maggio was also at the forefront of bringing the Louisiana High School Athletic Association state football championships to NSU and Natchitoches in December. That three-day event created an $8 million impact on the community and region.

A lifelong resident of Natchitoches, he taught and coached for two years at St. Mary’s Catholic School in Natchitoches before becoming an assistant track and field and cross country coach at Northwestern in 1988.

Maggio stated in a retirement message to faculty, staff, students and alumni, “My career at Northwestern has been much more pleasure than work. The memories of student achievements, faculty and staff accomplishments, athletic success and alumni philanthropy and support will make these years at Northwestern forever meaningful.”

He said, “My love for Northwestern has grown continually since enrolling as a freshman at the school four decades ago. The opportunity to serve students, work collegially with faculty and staff and interact with alumni and supporters of the university has been enjoyable and rewarding.”