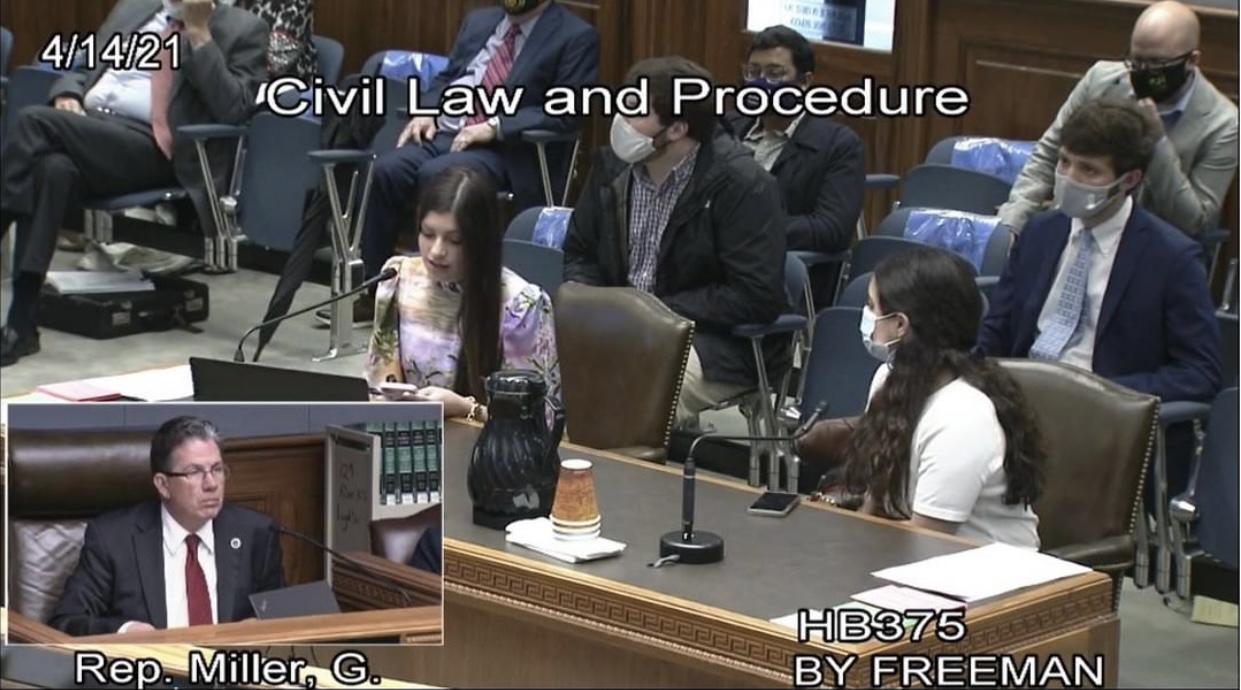 Rep. Aimee Freeman (D-New Orleans), who brought the bill, said that she did so for the sake of all sexual assault survivors, but especially for college students who are victims of sexual assault.

“Of course, it’s way more relevant based on all the testimony that’s been happening in this Capitol, even though I started working on it before the stories on sexual assault and the coverup at LSU happened,” Freeman said, referring to criticism of the university’s handling of sexual assault complaints against football players.

Current law allows for survivors of domestic violence to abandon a lease early.

But if a survivor of sexual assault who is not in a relationship with the abuser asks to be released from his or her rental agreement, and a landlord refuses, the survivor has no choice but to continue paying rent until the lease ends.

Freeman’s bill would extend the right to abandon the lease to include survivors of abuse who are not in an intimate relationship with their abuser.

Freeman said that it is not only necessary for the safety of many survivors to terminate a lease early, as their abusers often know where they live, but also for their healing.

“Survivors often have flashbacks or nightmares,” Freeman said. “Sometimes it affects their ability to go to school or work.”

One LSU student, Isabella Rovere, who spoke before the House Civil Law and Procedure Committee in favor of the bill described a situation in which she was sexually assaulted and her parents lost rent money on a place where she no longer could bear to live.

The bill also includes protections for landlords and housing owners.

Freeman said she worked closely with the Apartment Association of Louisiana to ensure that the owners of the apartment buildings and other landlords “feel like they’re protected and that there’s a proper way to terminate a lease.”

The survivor would also have to provide documentation of the assault from a law-enforcement official involved in the case.

The bill would also allow landlords to evict residents accused of committing sexual assault or harassment.

Representatives of both the Apartment Association of Louisiana and the Louisiana Fair Housing Action Center spoke in favor of the bill.

“It only applies when a survivor is willing to take the step to go forward and identify themselves, which we know is a huge hurdle to begin with, but then also go through the certification process,” said Maxwell Ciardullo of Louisiana Fair Housing. “We think it would significantly discourage any kind of frivolous situation.”

Rep. Sam Jenkins (D-Shreveport) moved to report the bill favorably, and the committee approved it without opposition.

“I believe the bill is well thought out; I think it’s narrowly tailored,” Jenkins said. “This is not some flimsy reason to get out of a lease. I think it’s a very real situation that needs to have a real solution.”