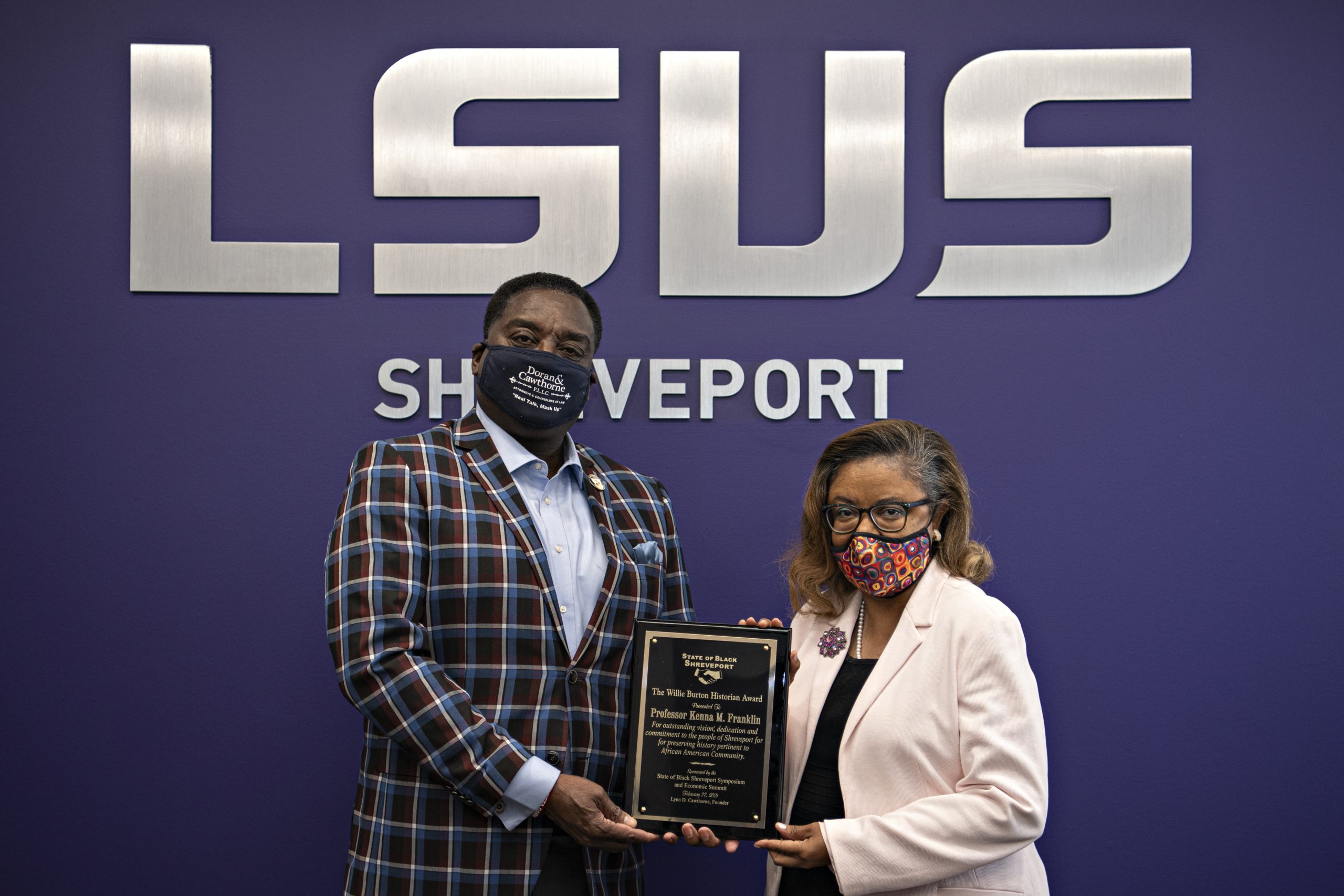 Dr. Franklin, who also serves as an Associate Professor of History and Social Sciences at LSUS, was recognized with the award for her contributions to the local African American community. The theme for this year’s symposium aimed to open the conversation of communication gaps between Generation X and Millennials.

“A very sincere thank you is extended to all the organizers and supporters of the 9th Annual State of Black Shreveport,” Dr. Franklin said. “I am both humbled and honored to receive this award- not just for myself, but for all those whose names appear in invisible ink. For what I know for sure is that awards like this one go to little ‘i’s’ and great big ‘We’s’. It has been my pleasure to work on various community projects that have allowed underrepresented minorities to enroll and thrive in higher education. I was fortunate enough to work with Mr. Willie Burton and see firsthand the dedication he had for his students. Receiving such an award motivates me to do more for the students and community in which I live and serve.”

Founder of the State of Black Shreveport community group, Lynn D. Cawthorne, presented the award and mentioned that each of the annual awards are intentionally named after people who have gone before us and paved the way for positive change for minority groups.

“What we try to do annually in this community with the State of Black Shreveport, is to award and recognize the unsung heroes—people who are doing things in this community who may not always be recognized on a broader scale,” Cawthorne said. “We want to let them know that in the Black Community, we do appreciate them, and their work is dynamic. We give this award to an African American person who is walking in the traditions of Mr. Burton and falling into the continuity of the history of the African American community.”

Willie Burton is well-known for his historical impact in the local African American community, which includes publications such as On the Black Side of Shreveport: A History. He also left an indelible mark at another area university, Southern University at Shreveport.  His son, Willie “Scooter Man” Burton Jr., hopes to continue his father’s legacy and aims to republish Burton Senior’s work in a a digital format.