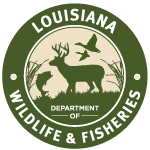 Harlie E. “Gene” Reynolds, of Dubberly, has been appointed to the Louisiana Wildlife and Fisheries Commission by Gov. John Bel Edwards. Reynolds, who will serve as an at-large member of the seven-person commission until March 2027, replaces Chad Courville of Lafayette.

Reynolds, a lifelong Louisiana resident, will make his first appearance on the Commission on April 1 when the group meets in Baton Rouge.

“I would like to thank Gov. Edwards for this appointment,” Reynolds said. “The‘Sportsman’s Paradise’ has been a part of my life since I was a boy. I look forward to learning how that tradition can be continued for future generations.”

Reynolds is married to Martha Nell Moore Reynolds and they have two children and two grandchildren. The Shreveport native is a retired educator and is a former member of the Louisiana House of Representatives from District 10.

“I have been passionate about the natural resources of our state my entire life and look forward to another opportunity to serve the people of our state,” Reynolds said.