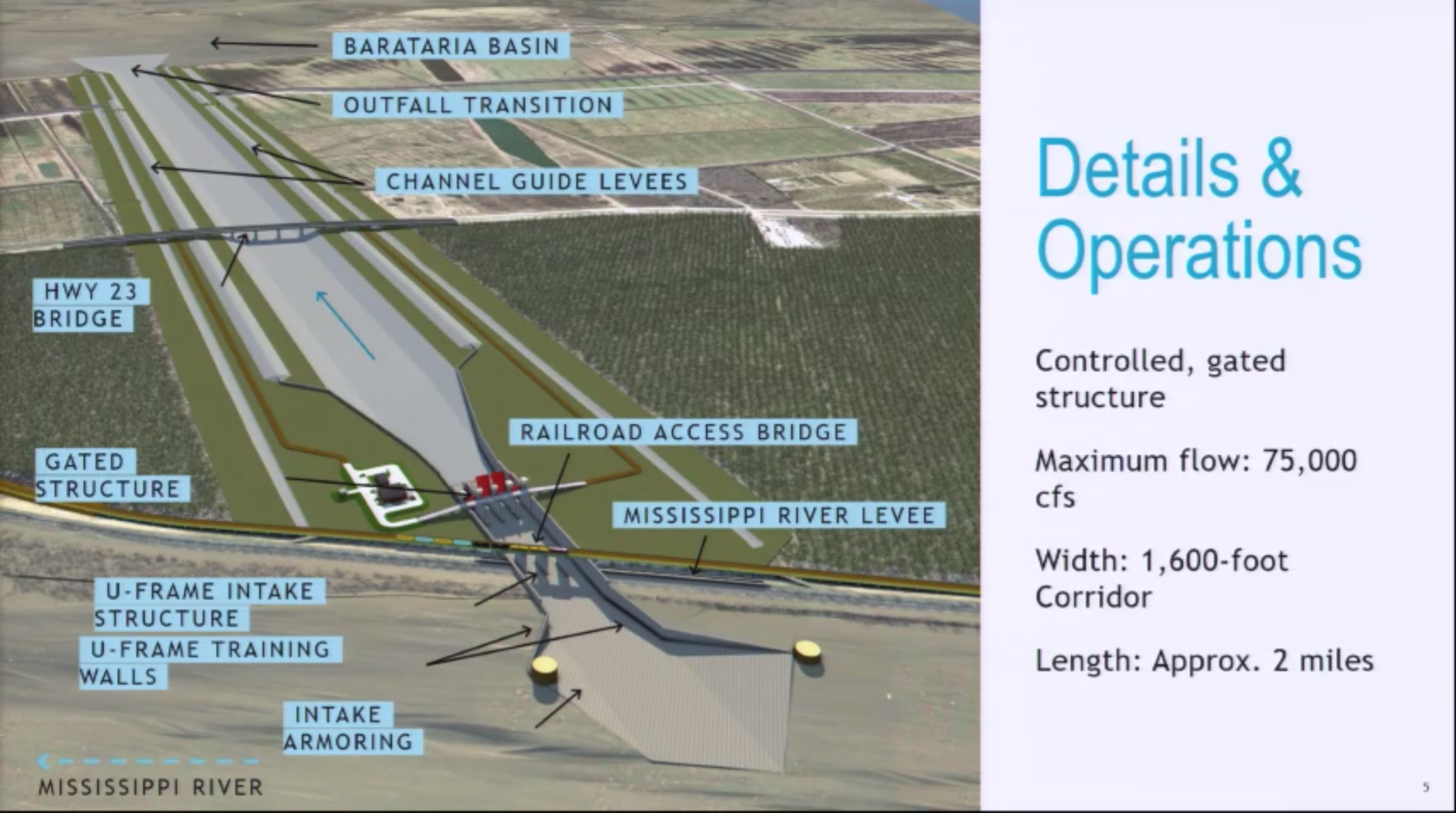 A proposed $2 billion project could protect and restore thousands of acres of Louisiana wetlands, but there will be work to do to mitigate the potential downsides, officials said Wednesday.

“This is a big deal,” said Chip Kline, who chairs the state’s Coastal Protection and Restoration Authority. “This is the largest coastal restoration project of its kind anywhere in the country.”

The Mid-Barataria Sediment Diversion would direct sediment from the Mississippi River into the Barataria basin to rebuild coastal wetlands in southeast Louisiana. The project could create and sustain more than 17,300 acres after 30 years, while also reducing storm surge by up to a foot in areas north of the diversion, CPRA Executive Director Bren Haase said.

The roughly five-year process to build the diversion would support some 12,400 jobs and boost sales by $1.4 billion, he said. Fish that thrive in fresh water could benefit.

However, some species, such as dolphins, oysters and brown shrimp, could be harmed. Of the roughly $2 billion estimated price tag, at least $305 million would be reserved for mitigating negative impacts and other contingencies, according to Wednesday’s CPRA meeting.

The project also could lead to higher water levels for about 530 properties. Only about 25% of the properties are subject to the state’s homestead exemption; most of the rest likely are vacation camps, Haase said.

“These (negative) impacts are going to be pretty harsh, pretty serious,” said George Ricks, president of the Save Louisiana Coalition.

The coalition opposes large-scale river diversions because of the potential harm to the state’s seafood industry. While the economic benefits tied to construction are temporary, some of the adverse results will be permanent and could lead to lost jobs, Ricks said.

The draft Environmental Impact Statement for the project is now publicly available for comment.