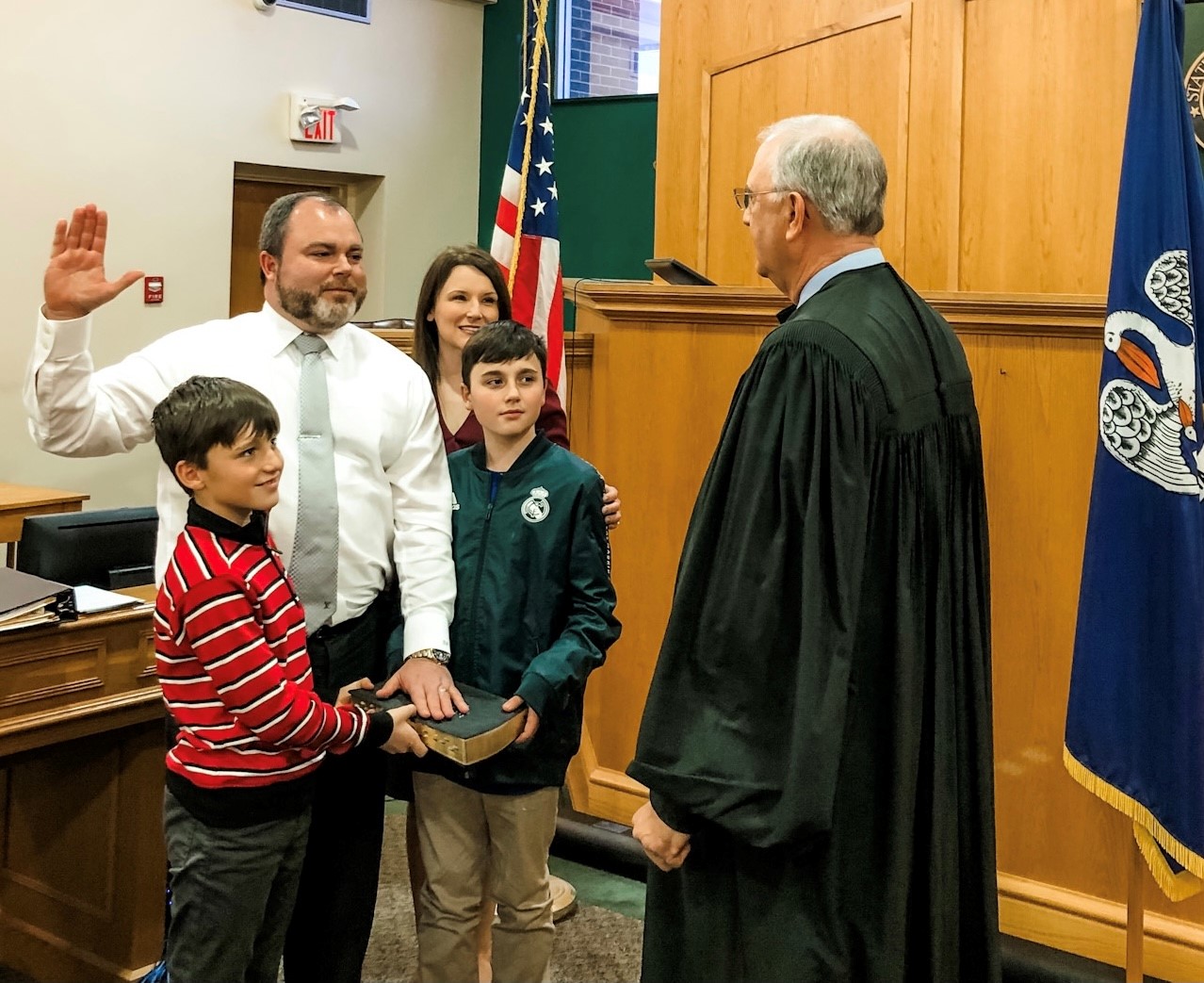 A group of family, supporters, and elected officials gathered on Friday for the swearing in of Bossier City Judge Santi Parks. Parks was elected on November 3, 2020, and will be the sixth person to serve as Bossier City Court Judge.

The oath of office was administered by Judge Thomas Wilson who has served for the last 18 years on the bench. Special guest at the ceremony was retired Judge Billy Ross Robinson who served for many years in Bossier City Court.

“It was an honor to be sworn into office today in the presence of so many of my family, friends, and distinguished elected officials. It truly was very special to have Judges Tommy Wilson and Billy Ross Robinson in attendance. I intend to build on this excitement and get to work for the Citizens of Bossier City. I will make them proud!” commented Judge Parks.

Bossier City Court is located in the Bossier City Hall Complex and has jurisdiction over certain civil, criminal, traffic, and juvenile matters that occur within the city limits.