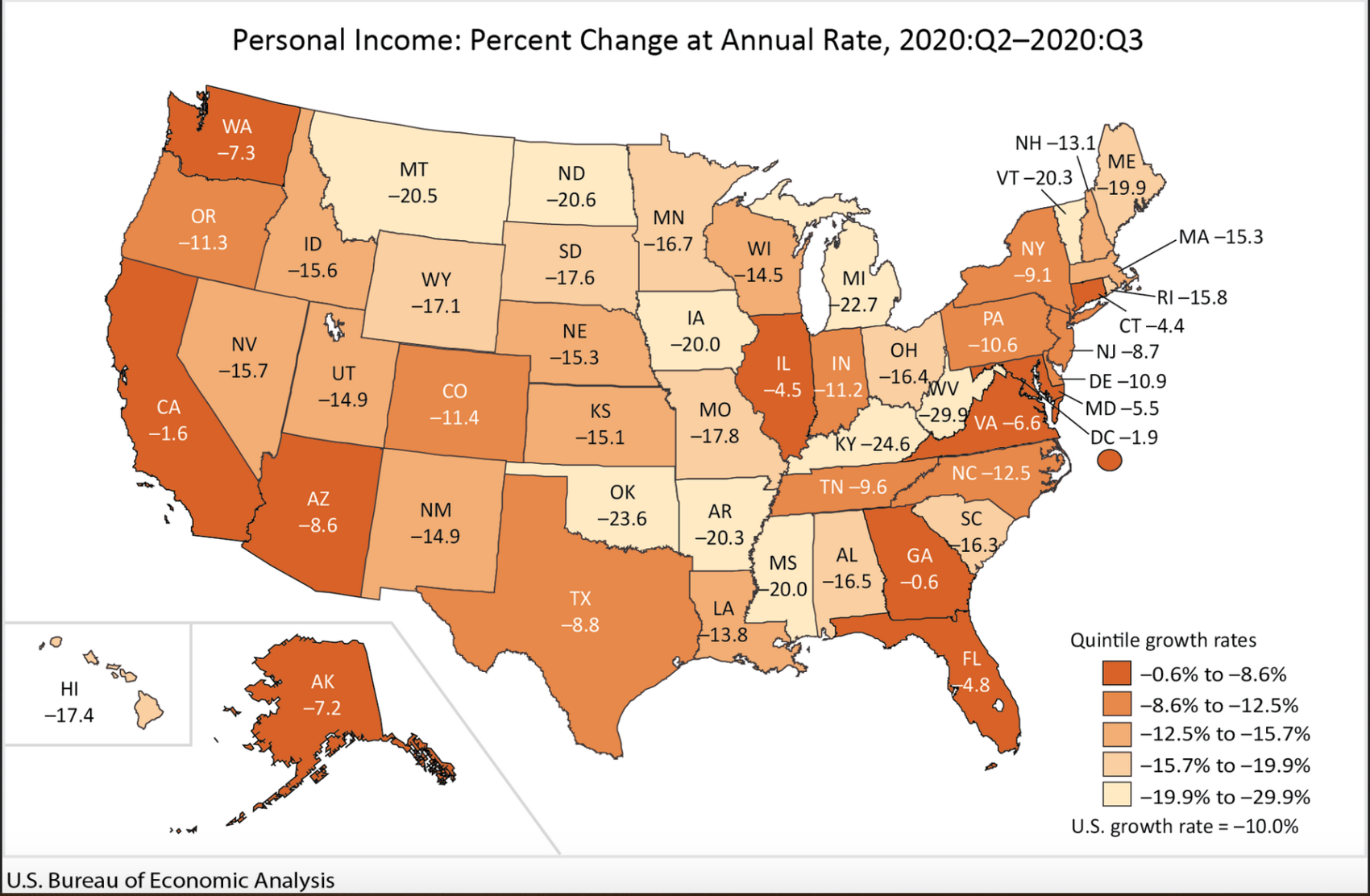 Personal income in Louisiana fell more than the rest of the nation’s during the third quarter of the year as federal pandemic relief dwindled, according to a federal report released Thursday.

State personal income fell 13.8 percent at an annual rate, compared to an average nationwide decline of 10 percent, according to the federal Bureau of Economic Analysis. Annualized growth rates show the rate of change that would have occurred had the pattern observed during a given three-month period been repeated over a full year.

Net earnings actually went up during the third quarter, the BEA report shows. But that increase was more than offset by a larger decrease in transfer receipts, which include government release payments.

“Reduced government relief payments provided under the Coronavirus Aid, Relief, and Economic Security (CARES) Act of 2020 were the leading contributor to the decrease in personal current transfer receipts,” the BEA’s report states.

Georgia posted the smallest decline of less than 1 percent, while West Virginia had the largest at nearly 30 percent, according to BEA estimates.

Louisiana residents made more than 114,000 continued PUA claims for the week ending Nov. 28, the most recent week for which information is available. That same week, almost 44,000 Louisianans filed for Pandemic Emergency Unemployment Compensation, which provides federal benefits for workers who have exhausted their state benefits.

The federal government established the PUA and PEUC programs as part of the CARES Act pandemic relief and stimulus package. Both programs are scheduled to expire Dec. 26.

Congress on Thursday reportedly was close to reaching an agreement on a new relief package, which may include $600 payments to American adults, additional federal unemployment aid of about $300 per week, and rental and food assistance. It may also revive a loan program for small businesses and provide funding for schools, hospitals and vaccine distribution.

With plans to merge a final agreement with a sweeping omnibus government funding package, Congress may have to approve another stopgap spending measure to avert a government shutdown on Friday while negotiators put the finishing touches on the stimulus deal, the New York Times reported.